In this part, we are going to see how to completely setup the hardware part for this project. The core of this project is to connect the CC3000 breakout board to your robot. For this reason, I will not go through the details of the different parts of the robot, as your own robot can be slightly different. Instead, I will go through the main parts that your robot should have so this tutorial can work.

The robot is basically a 2-wheels robot with a round base, and two ball casters to make it stable. The wheels are connected to 6V DC motors. The whole project is powered by a 7.5 V battery. This guide will work as well for servos or stepper motors, but you will have to make some changes in the code.

Then, the command part is composed of an Arduino Uno, a motor shield, and a prototype shield to mount the CC3000 breakout board. I used boards from DFRobot for all these components, but you can use similar components from the supplier of your choice. You will find links to the equivalent Adafruit boards in the featured products on the right.

I also added two ultrasonic sensors that won't be used in this tutorial, one on the front, one on the back of the robot.

The following picture summarises the essential parts of the robot I used for this tutorial: 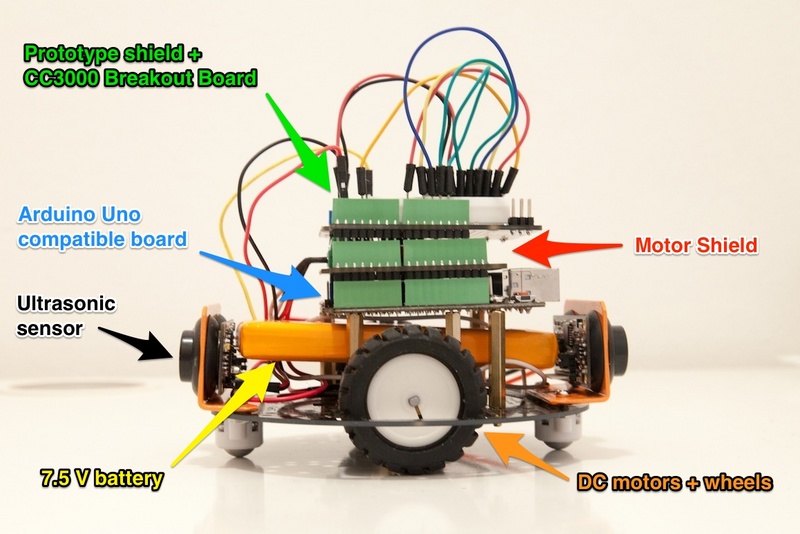 When you have your robot ready, you have to connect the CC3000 breakout board on the prototype shield on top of the robot. The important thing here is that you have to make sure that you don't interfere with the motor shield you have between the Arduino and the prototype shield. For example, on my board the motors are using pins 4,5,6 and 7, so I made sure that I didn't connect anything to these pins. Write down these pins for your motor shield, we will need them later.

The following picture describes the hardware connections for the CC3000 breakout board: 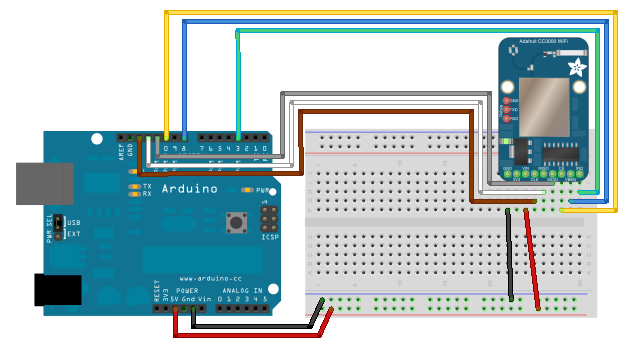 This is how it should look like at the end: 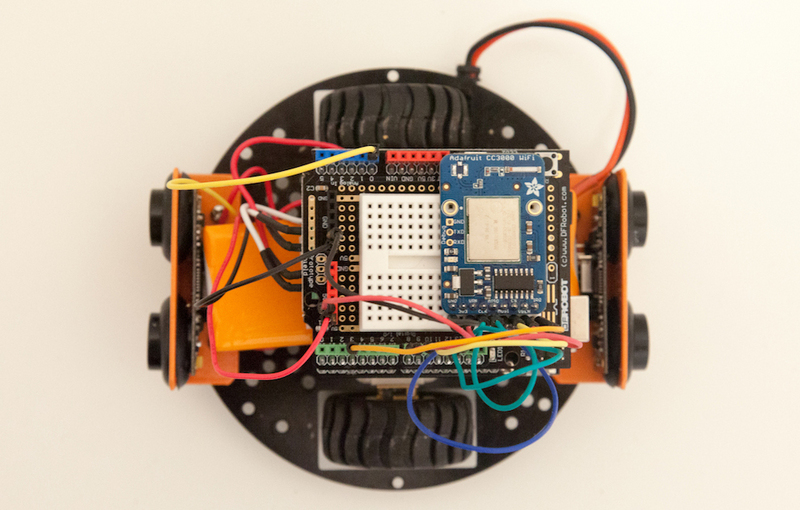