Skip to main content
What is the Command Line? What's a Terminal?
Feedback? Corrections?

Once upon a time, terminals were dedicated pieces of hardware, and looked something like this: 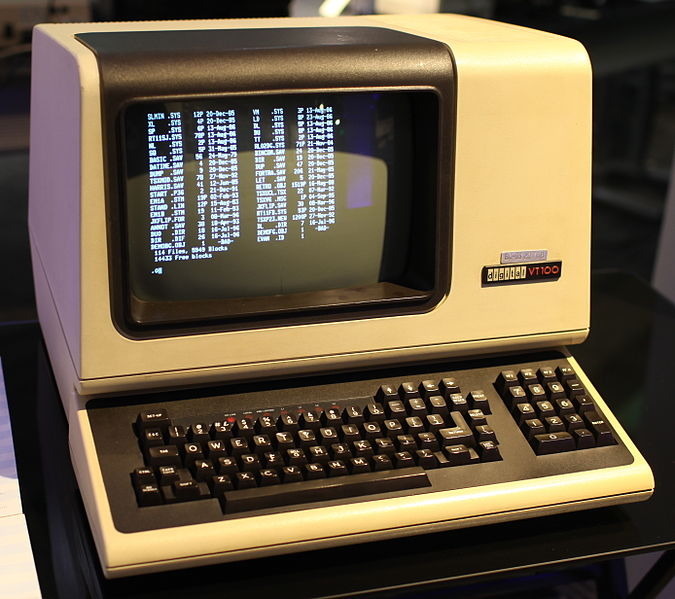 Note the maker, digital and the name of the product, VT100: Video Terminal 100

Nowadays, they're almost always a software program, and look something like this: 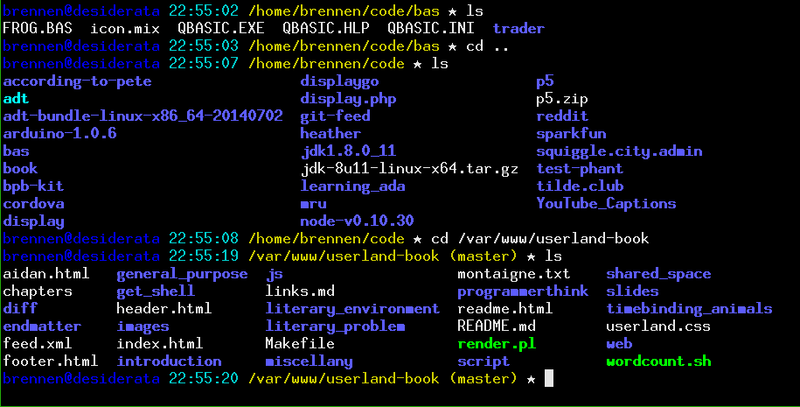 Note the new coloring, not possible with original mono-color terminals. And there's almost always a scroll bar so you can look at your command history

What possessed the designers of the original VT100 terminal to design such a beast? Well, imagine that you're a university, big company, or research lab back in the middle of last century, and you have a few of these: 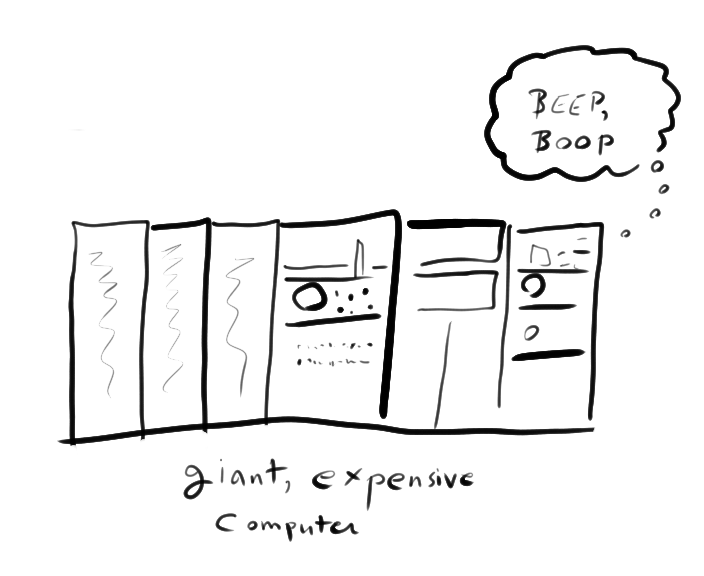 We're talking really huge and really expensive.  So what happens when lots of users want to share the scarce resource that is time on a computer?

Well, you could hook up a bunch of cheap devices that display output and take input from users...

As it happened, by the time computers came along and needed input/output devices, there was already a technology in widespread use for sending text back and forth over the wire.

Early on, teletype devices printed output on actual paper and transmitted input from a typewriter-like keyboard.  After a while, these were replaced by terminals which incorporated monitors, which in turn were replaced by desktop computers running software to emulate the behavior of the older hardware terminals.  (Well, mostly replaced - you can still see terminal hardware in service at places like airline check-in desks and some stores.)

Things have changed a lot, but modern terminals still work in ways that reflect this heritage.  A terminal, at its most basic, pipes text back and forth between a computer and a user. 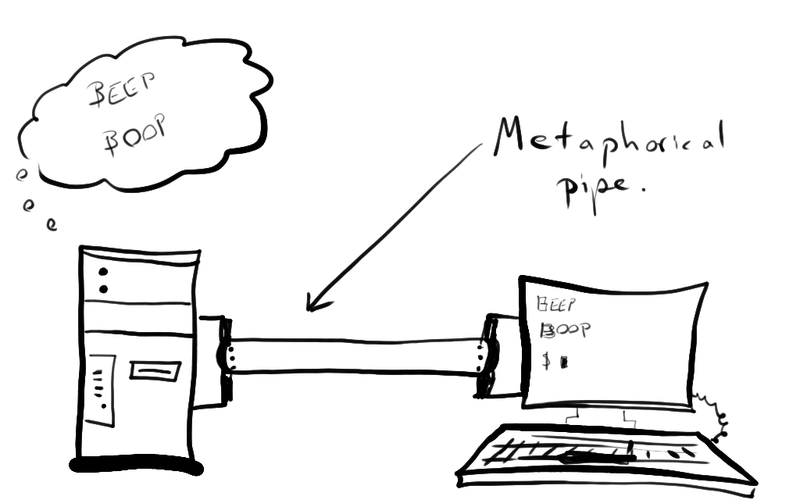 Ancient History Getting a Terminal on Your Raspberry Pi