If your project has the luxury of using the desktop OS on a Raspberry Pi 4 (or 400), do it! Interfacing weird displays is so much simpler. If you must use an earlier Pi, or the command-line “Lite” OS, or just have a cantankerous display that even the Pi 4 won’t negotiate with, this is how it’s done…

You’ll need the Raspberry Pi system booting and on a network and/or temporarily connected to a known-compatible monitor. We’ll assume some familiarity with Pi setup and file editing here…it’s covered in other tutorials.

There will be some command-line invocations and some editing of files with your text editor of preference. And you will likely be rebooting several times.

All of the setup is done in the file /boot/config.txt and (if editing on Pi) must be done as root, e.g.:

The default config.txt file has a number of HDMI-related settings peppered throughout, most of them commented out (preceded with a # character). I like to collect these all in a group, usually at the end of the file, so they’re easier to find and work with while ironing out any problems.

These four lines are the minimum starting requirement. They should all be enabled (remove any leading # character) and the values should match what’s shown here:

hdmi_force_hotplug=1 tells the Pi to output a signal even if an HDMI display is not detected. Since these displays are weird, this just makes extra sure something is coming out of the Pi, whether it likes the display or not.

hdmi_group=2 with hdmi_mode=87 enables custom video configuration, which we’ll set up shortly…it tells the system that we might not be using a common resolution like 1080p. And think of hdmi_force_mode=1 as saying “no, I really mean it.”

Then there’s some optional additions…

To disable the black border around the screen, use:

A few displays require the border, in which case set this to 0. Usually it’s television screens being repurposed as computer monitors, but a few odd items like the Vufine wearable display seem to prefer it.

If using a DVI or HDMI monitor and it almost works but flashes on and off, try:

It’s ignored by the Raspberry Pi 4 and 400, but other boards can use this to generate a stronger video signal. The default is normally 2 or 5 on some Pi models. 7 is usually an ample boost. It can go as high as 11 but that’s not recommended unless you’re seeing issues with very long cables. Work up incrementally (rebooting with each change) to find the lowest reliable value.

If Pi and monitor aren’t negotiating capabilities correctly…yet it’s a consumer monitor that you’d expect to be plug-and-play…try the boot_delay setting, which pauses the system for a number of seconds before loading the kernel. This can give some monitors the ready time they need if everything’s powered on at once:

The value (5 in this example) is the number of seconds to wait before booting. If that makes the two devices behave in a plug-and-play manner, all this other stuff might be unnecessary!

Finally, this setting routes audio to the HDMI port if the display supports it (some monitors have built-in speakers)…so it’s not strictly video related, but may as well go in the same group:

None of this actually configures the display resolution yet, we’re just setting the stage.

Getting the Pi and display to actually sync up involves some trial and error. That’s why this is best done through a remote ssh session, or editing config.txt on the SD card in another system.

Also, none of these changes take effect until the system is rebooted. Writing to the config.txt file has no immediate effect; you must reboot each time.

CVT stands for the “Coordinated Video Timing” VESA standard. This is the easier way of defining a custom video mode…it seems to work more often than not, but might not be sufficient for all displays. It’s worth a try.

You will need: the display’s native pixel resolution and refresh rate. If unsure about refresh rate, 60 Hz is usually a reasonable guess.

Add a line like the following to /boot/config.txt, replacing the [tags] with suitable numbers (explained below):

The first three values are required:

[width] and [height] are the display’s exact native pixel dimensions.

[framerate] is the display’s refresh rate, in Hertz…often 60, but occasionally higher or lower values.

The remaining four values are optional…if unspecified, defaults will be used:

[aspect] is a value from 1 to 6 indicating the nearest width-to-height aspect ratio:

There doesn’t seem to be much harm in getting this wrong. Most of the “raw” displays I’ve experimented with are either 1:1 or 2:1, and using values of 4 and 3 respectively — or just leaving it off — has worked just fine. Default if unspecified is 3.

[margins], with a value of 0 (disabled, the default) or 1 (enabled), seems to be the inverse of the config.txt’s disable_overscan setting. The latter seems to take precedence and overrides any setting here, I think.

If hdmi_cvt doesn’t get the Pi and display talking, there’s an even more fiddly level of control possible, where every aspect of the video signal is specified. Fortunately there is a command-line tool to help us puzzle this out. With the display (and adapter/driver board, if present) connected to the Pi and powered on, run the following commands:

If using an earlier release of Raspberry Pi OS (prior to “Bullseye” in late 2021), instead try:

This will output a ton of data, so hopefully you’re using a terminal with scrollback capability…or you can redirect the output to a file, or pipe it through the more command.

The above command probes the display for every compatible resolution setting…sometimes several times for each. You’ll get something like the following that just scrolls on for pages…

You’ll want to scroll through this looking for any mentions of a resolution that best matches the display hardware. In the example above, it’s an 800x400 pixel framebuffer that feeds two 400x400 round displays…a truly Weird Display.

If you’re using one of the weird “raw” displays like this, you’ll also see something like the following toward the end of the list, referencing a 640x480 pixel resolution:

This is fake…apparently displays are required to report a basic 640x480 pixel mode…but the weird display drivers seldom support it or provide up/down-sampling. So, unless you know that actually is the display’s true native resolution, pretend you didn’t see it, focus on the prior data.

For the 800x400 pixel weird display, these are the lines we’re after:

Copy and paste those lines into a note for later reference, you’ll need all those numbers.

Now go back to editing /boot/config.txt

Before getting carried away with hdmi_timings, try feeding just those first three values from the first line into hdmi_cvt…unless you already tried this combination previously.

Reboot and see what happens. If it sticks, great! If not, you’ll go back into config.txt to specify the full hdmi_timings, which expects more arguments than a Monty Python sketch:

So we can take values shown by the tvservice command and plug them into the corresponding spots in the hdmi_timings line. The hfp:, hs: and hbp: values shown by tvservice stand for horizontal front porch, horizontal sync pulse and horizontal back porch. vfp:, vs:, and vbp: are the same for vertical. And you can see there are corresponding spots in the hdmi_timings syntax above, but in a different order. A few values are simply defaults.

Rather than try to explain every item…because there’s like a billion…let’s just illustrate how to reorder the output of the tvservice command into a usable hdmi_timings line:

The first five values relate to horizontal resolution and timing, second five are for the vertical, and others are for refresh rate and bandwidth (add six zeros), and the rest are sufficiently obscure that you can probably use the default values above.

This example’s a little tricky because the horizontal porch values and the vertical resolution are coincidentally the same. That won’t always be true…others will be different. Don’t mix them up.

Be sure to include every item and in the correct order. If you miss one, or mix them up, the Pi might not boot. You’ll have to take the SD card to another computer and fix the file there.

It’s rare, but I’ve encountered at least one display that worked fine with hdmi_cvt but not hdmi_timings, so don’t feel pressured to be “extra 1337” with the latter if the former will do. Also one situation where the Pi 4 auto-detect worked better than any amount of cvt/timings fiddling…apparently making better use of this information, so use that if the situation allows.

The Raspberry Pi 4 and 400 have two HDMI outputs. It’s possible to specify a unique configuration for each by appending a :0 or :1 to the hdmI_cvt and/or hdmi_timings commands:

Sometimes a screen will boot up sideways or upside-down from what you’d expect. Or you might just want it aimed differently…for example, some retro arcade games were designed for a vertical “portrait” display, or you might have a bar display that you’d expect would be wide and short, but its default layout is actually tall and thin. Add a display_hdmi_rotate line (or display_rotate in older versions of the operating system) to /boot/config.txt to set this up:

With multiple displays, you can rotate them independently by adding :0 and :1 as previously shown with hdmi_cvt and hdmi_timings.

Flip seems dubious, but consider…many 1980s arcade games had you watching a reflection of a vertically-flipped screen, either to make the cabinet shallower, or to add background artwork using a Pepper’s Ghost effect. This could be useful for a heads-up display or other Weird Ideas.

With exceptionally wide or tall displays you may need a line or two to override the Pi’s notion that it has a 1920x1080 framebuffer…otherwise it won’t use the whole display, only a section in the middle.

For example, with the aforementioned “wide” bar display (which is actually a tall display), here’s how we change its behavior from 480x1920 to the 1920x480 that we’d prefer, and use the whole screen:

On Pi 4 and 400, some rotation settings are only possible if 3D acceleration is disabled.

Look for this line in /boot/config.txt:

Reboot and the screen should be pointed however you’d like, albeit without acceleration. This is another reason why the desktop (rather than lite) OS is preferred if the situation allows…the Screen Configuration tool has a lot of flexibility for things like this.

If we’ve overlooked something, here is the official Raspberry Pi documentation on config.txt video settings, which goes into even more detail on some of these fiddly settings. 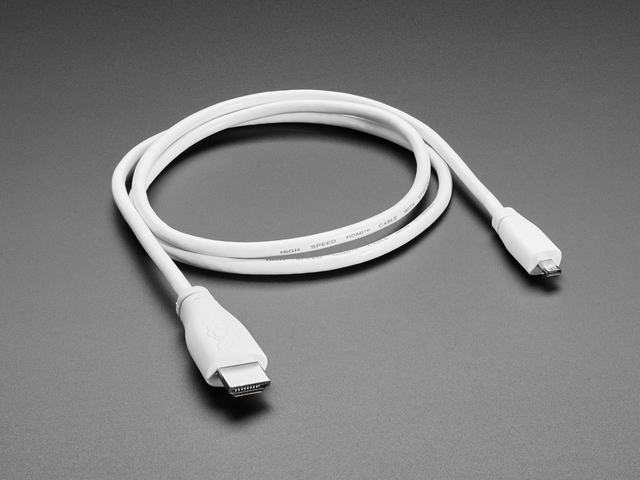 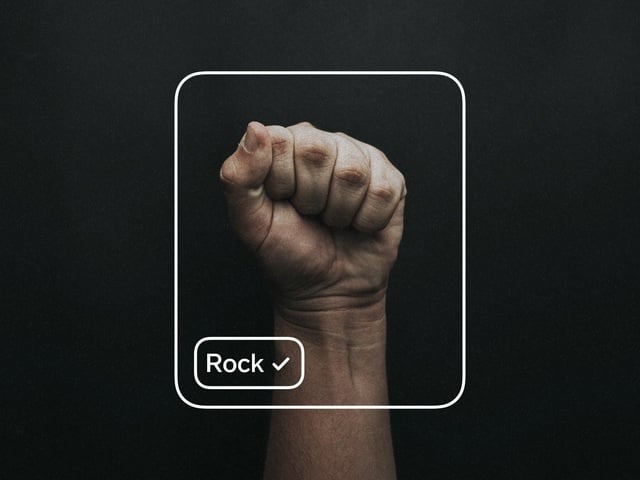 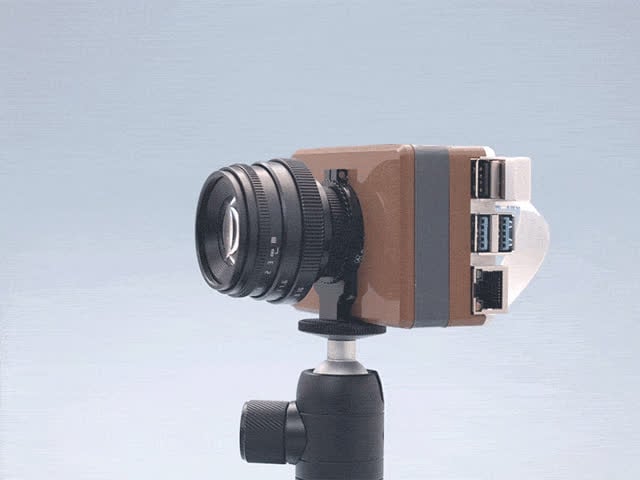