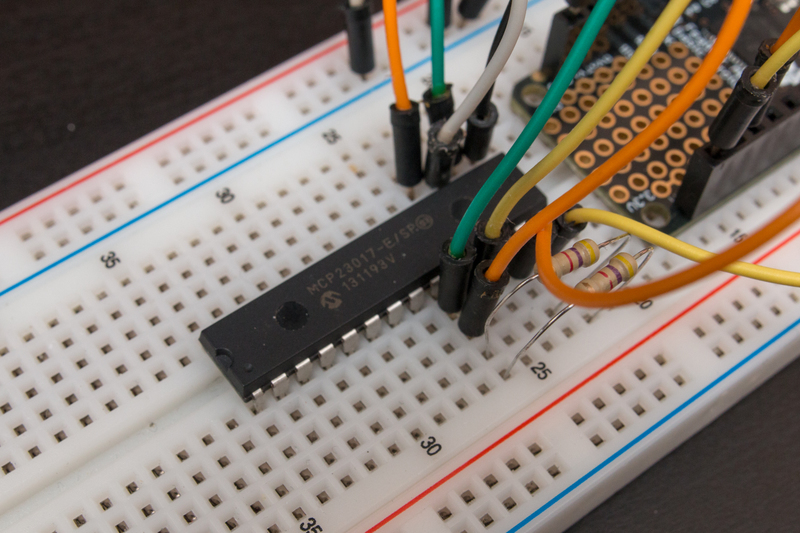 The MCP23008 and MCP23017 family of chips provide an easy way to add extra digital inputs and outputs to your development board.  These chips are controlled with an I2C connection and add 8 or 16 extra digital pins that can act as outputs or inputs (even with optional pull-up resistors).  This is great for connecting more digital devices to your board when you run out of native digital I/O!

This guide explores how to use the MCP23008 and MCP23017 with CircuitPython.  You'll learn how to connect the chip to a CircuitPython board, load an Adafruit MCP230xx module, and control the I/O pins of the chip from Python code!

It's easy to use an MCP23xx I/O extender with Python or CircuitPython and the Adafruit CircuitPython MCP23xx module. This module allows you to easily write Python code to add extra digital inputs and outputs.

You can use this I/O expander with any CircuitPython microcontroller board or with a computer that has GPIO and Python thanks to Adafruit_Blinka, our CircuitPython-for-Python compatibility library.

Connect your MCP230xx to your CircuitPython board using a standard I2C connection.

Before continuing make sure your board's lib folder or root filesystem has the adafruit_mcp230xx.mpy, and adafruit_bus_device files and folders copied over.

To demonstrate the usage of the device we'll initialize it and control the chip's digital I/O lines from the Python REPL.

Run the following code to import the necessary modules and initialize the I2C connection. Note that the import syntax will change depending on which MCP230xx chip you have. Here we show MCP23008:

By default the chip's 0x20 I2C address will be assumed (with A0, A1, A2 all grounded). But either class initializer can also be passed an optional address keyword argument to override the I2C address, if you set any of the A0, A1, or A2 pins as described in the datasheet.   For example:

Then toggle the pin high or low by controlling its value property, just like using the DigitalInOut class.  Try connecting the cathode or anode of a LED to the output to see it turn on or off (or use a multimeter to measure the output voltage).

You can also set a pin as an input, again using the same functions and properties as the DigitalInOut class. For example here's how to create GPIO1 / GPIOA1 as a digital input with a pull-up resistor enabled:

Note that pull-down resistors are not supported by the chip.  If you need them you'll have to add external resistors yourself!

Again read the state of the input with the value property like a DigitalInOut instance.  Notice since the pull-up resistor is enabled if the pin is not connected it will read True / high logic level.  Connect the pin to ground and you'll see it read False / low logic level. 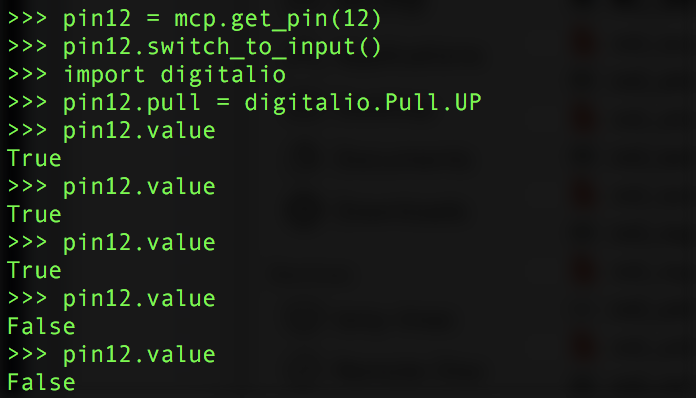 For the MCP23008 you can get a pin instance for any pin numbered 0 to 7.  These correspond to the GPIO0 to GPIO7 pins of the chip.

That's all there is to using the MCP230xx I2C I/O extender with CircuitPython!

Below is a complete example that will blink pin 0 and read the state of pin 1 with a pull-up resistor enabled. Add a button and an LED to your setup, like in the diagram below. Save the program as code.py on your board, then open the serial REPL to see the output. 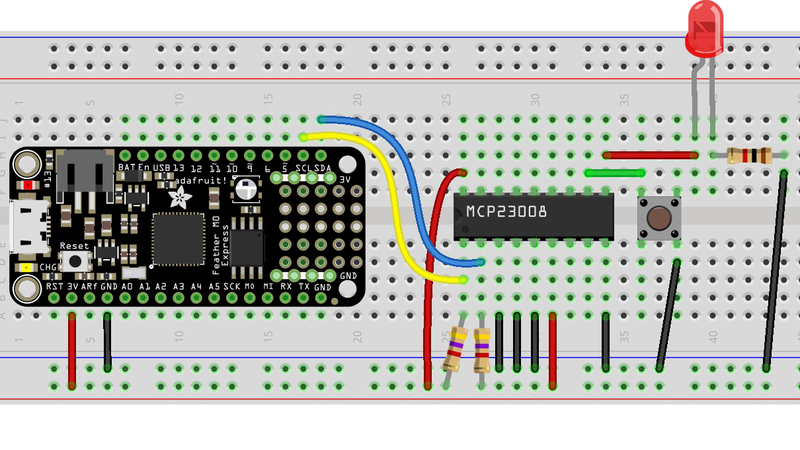 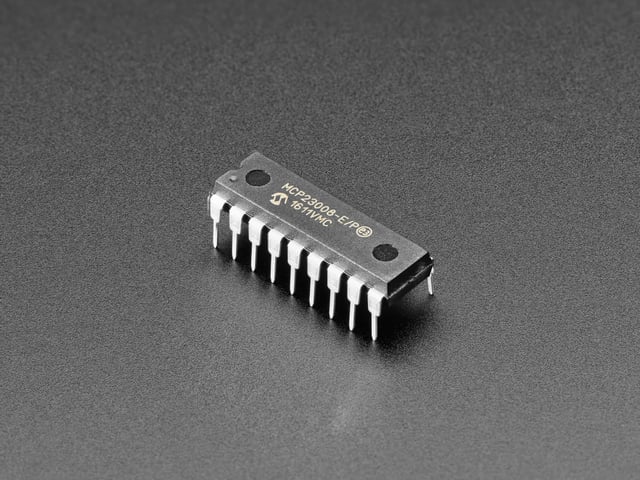 Get running faster than ever with the first Adafruit Express board
lady ada
Adafruit Feather M0 Express - Designed for...
43
Beginner
×