Skip to main content
You and Your Tytera MD-380 DMR FlashDB
Feedback? Corrections?

Installing the Users CSV and otherwise talking to the radio is done with md380-tools which is a python script that sends and receives USB data from the radio. It does take a little squidging to get working nicely on Windows under cygwin but lucky for you I had every possible issue come up! 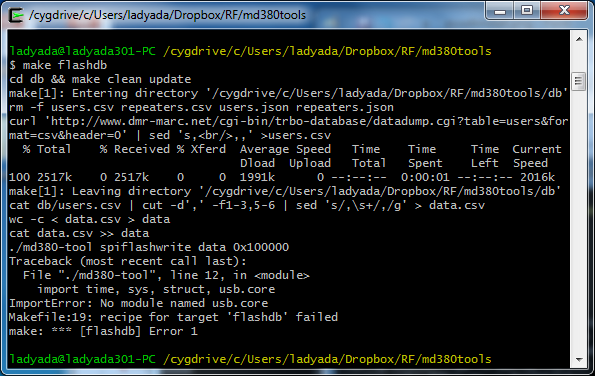 Download it into your working directory, uncompress and run python setup.py install in the cygwin terminal to install it 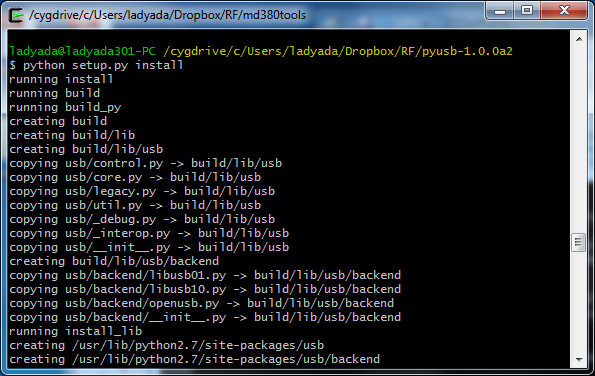 Install a pyusb backend in cygwin

If you run make flashdb you'll note that it may say No backend available - that's because you need to install libusb 1.0.20 support in cygwin. 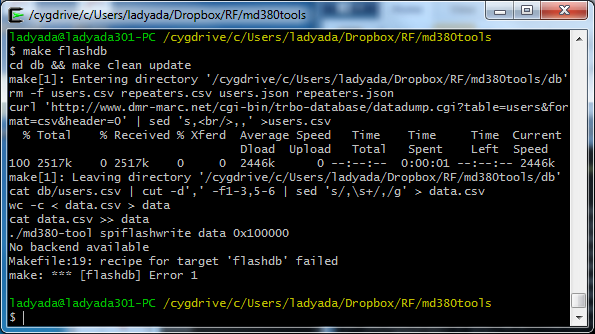 So go back to cygwin and do so 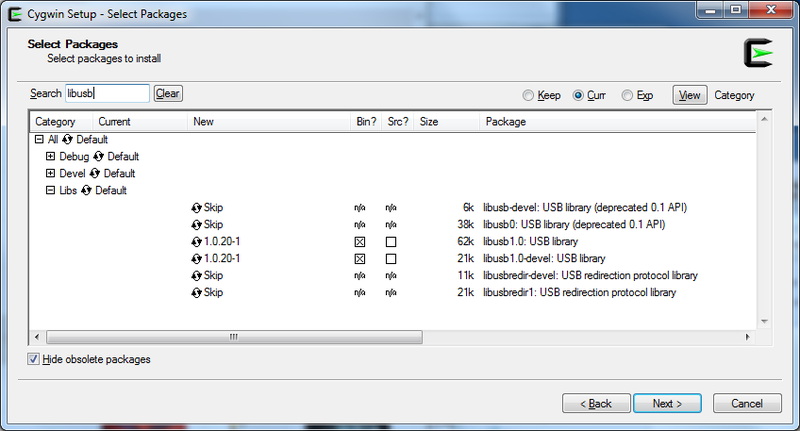 OK finally you'll get a complaint that

[Errno 88] Operation not supported or unimplemented on this platform

This is actually good, it means libusb loaded fine, but it can't talk to the radio. That's because the STM32 DFU driver has full control of the USB interface. What you need to do is replace that driver with a libUSB driver that we can poke at. Windows is funny that way.

The easiest way to do that is to run Zadig, which is a tool that will let you flip from the STM driver (the 'official' driver) to a libusb-compatible driver that lets you poke at the device directly.

Then from the collection of devices, find Patched MD380 and select that

On the left, you'll see the current driver, STTub30 (the ST driver) and on the right hand side, change it to libusbK 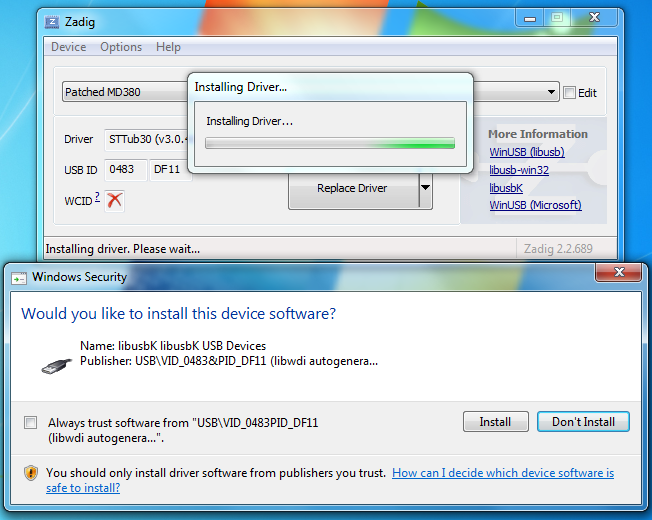 Now in the device driver, you'll see the driver is under libusbK! 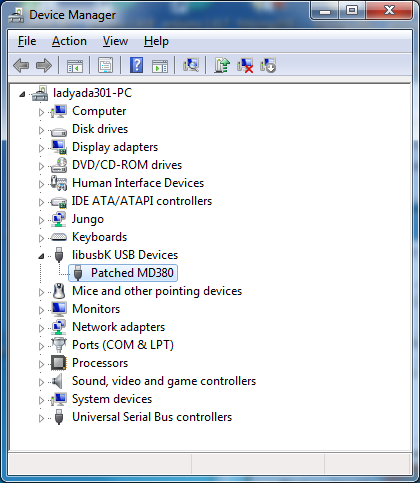 Run make flashdb again, this time you will have success! 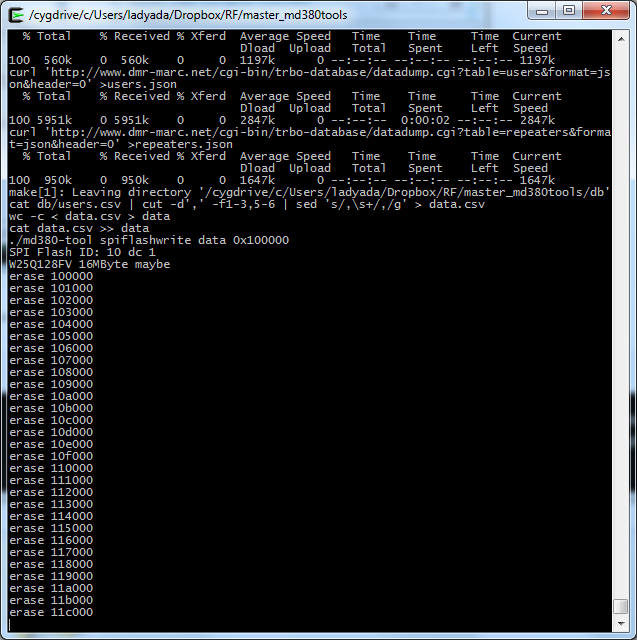 If you get [Errno 5] Input/output error

Try restarting the radio (turn off/on) also check that you didn't accidentally install the libusb32 driver, you have to use libusbK!

Simply unisntall + delete the driver in the device manager, restart the radio and you'll get back to the STM DFU driver automatically