Skip to main content
Tweet-a-watt Expand
This tutorial may be outdated. It is no longer recommended for beginners, and may need modifications to code or hardware that is not indicated in the tutorial.

Improve on your system

Once you've got your base system up and running here are some ideas for how to extend, improve or expand it!

So you can track more rooms, of course.

If you'd like to play some more with the script, there's some extras built in. For example, you can graph the data as it comes in from the XBee, both Watts used and the actual 'power line' waveform. Simply set GRAPHIT = True you'll need to install a mess of python libraries though, including wxpython, numpy and pylab

It took a few hours, but I hacked my Asus wifi router to also log data for me. There'll be more documentation soon but here's some hints: 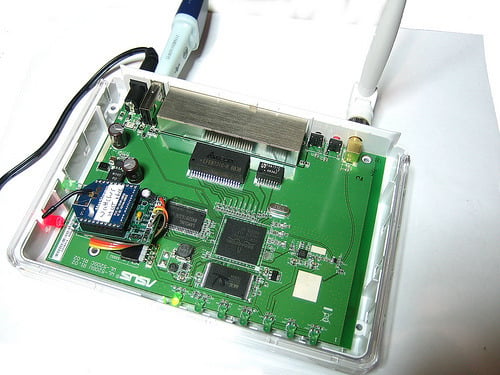 Do basically everything in MightyOhm's tutorial. You can use the FTDI cable to reprogram the router, just move the pins around. Then add a 16mb USB key (I was given one as schwag so look in your drawers) and install python and the openssl library as well as the other libraries needed like pyserial. The code should pretty much just run! (I'll put up more detailed notes later.)

The router still works as my wifi gateway to the cablemodem, and only uses 5W.

If you have a big place, you may find that the XBee's don't have enough range, especially through doors. Unfortunately, the tweet-a-watt system as published here can't use the Pro models with much more powerful transmitters. That's because we need a huge capacitor just for the 50mA-using XBees!

However, we can make the receiver much better. To do that, replace the XBee on the receiving computer with part #XB24-AUI-001 (available from Digikey or Mouser), which is an XBee with a U.FL connector. That connector is for attaching external antennas. You'll also want a u.fl to RPSMA cable, such as Digi part# JF1R6-CR3-4I (Digikey or Mouser) and a RPSMA 2.4GHz antenna. These are the same antennas used for WiFi so you may be able to scrounge one for cheap. The bigger the better! 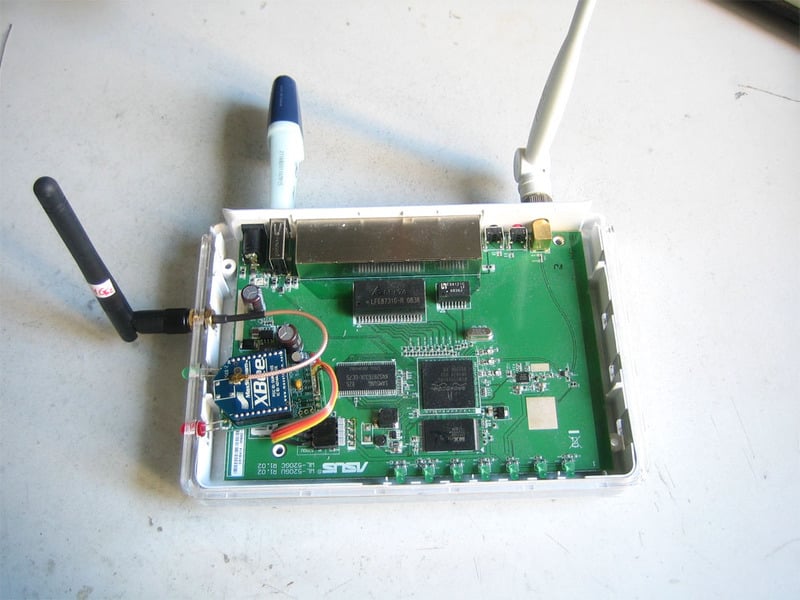 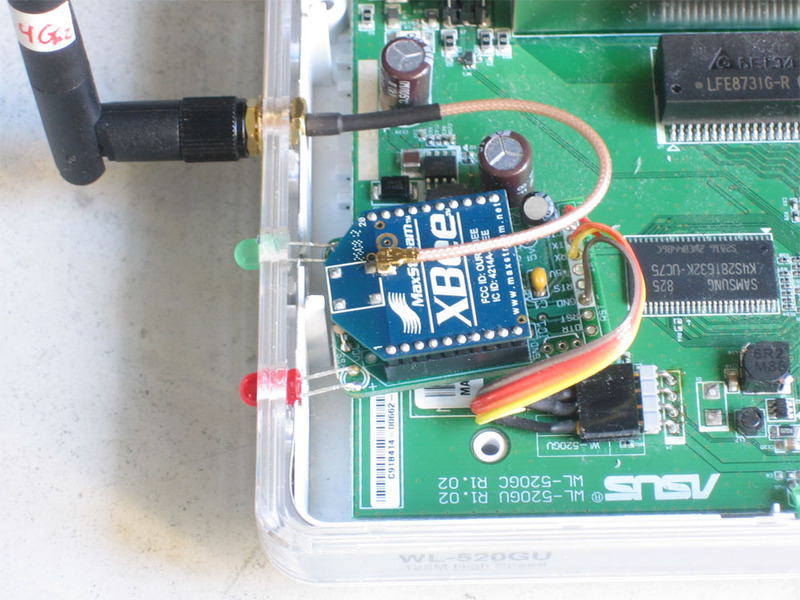 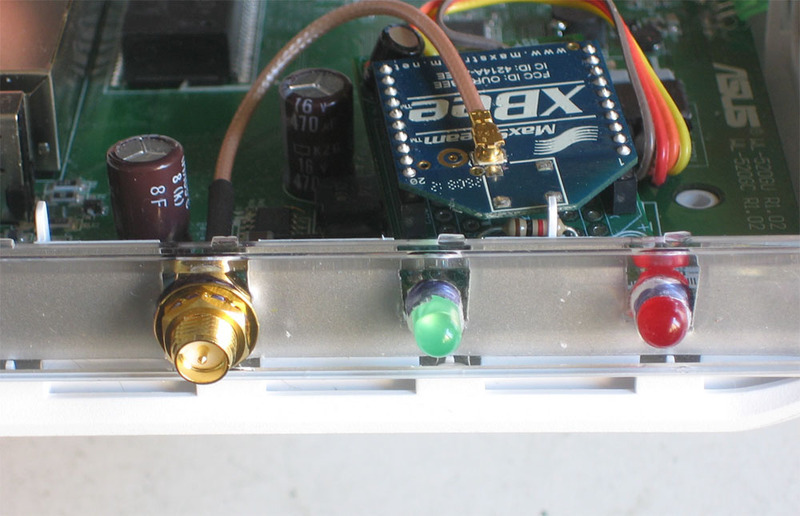