This is it, the Blue Smoke Test! Connect the battery to the LiPoly Backpack, arrange the boards on your work surface so they’re not contacting each other or any conductive tools, and flick the switch.

No green LED on either board.

Switch off immediately! It may be an electrical short. Double-check all connections, and examine the circuit closely for any solder blobs or frayed wire bits.

Or it might simply be that the battery is flat. Plug a USB cable between the Pro Trinket and your computer. If there’s a short, you’ll get an error message on the computer. If not, allow it at least 15 minutes for a little charge and try again.

Green LEDs are always on; switch has no effect.

Did you cut the trace between the switch pads on the LiPoly Backpack? Do it!

Green lights come on, red blinks a few times and then stops, but there’s no sound.

Have you uploaded the d20 Arduino sketch to the Pro Trinket and copied the .OGG files to the Sound Board? If not, go back to the “Code” page and follow those steps.

Or it might be that the volume is set too low. Check the tiny dial on the amplifier board…a little past halfway is good.

Initial lights as expected, but then the red LED on the Pro Trinket flashes steadily.

If this blinks about twice per second, this indicates a communication error between the Pro Trinket and Sound Board. Check the wiring between these two…TX and RX, and the + and – wires underneath…and also confirm the small UG to GND jumper is installed!

If this blinks fast, about 5 times a second, this indicates a communication problem between the Pro Trinket and accelerometer, perhaps the SDA and SCL wires are switched? Check the wiring diagram!

There’s another problem, or I need more help with one of above.

Start a thread on the Adafruit Forums describing the symptoms. It’s extremely helpful if you can include some photos (lit and in-focus) that clearly show your wiring and soldering.

Okay, let’s go through one more test and then plan to seal this up…

Install the two “under” boards in the case using two screws each. This is tricky, but possible…a small magnetic screwdriver helps here.

Then install the two “over” boards with two screws each.

Find a spot where the LiPoly backpack can be stuck down later without causing shorts. This will depend on the wire lengths. Mine looked OK atop the Sound Board; yours might be a little different.

Now temporarily wrap some masking tape or some paper around the LiPoly backpack and the switch (to prevent shorts during this test). Wrap them separately, not together.

Turn the switch on and wait for the “Greetings, adventurer!” announcement. Then carefully fold the speaker, battery and other parts inside while closing the other half atop the shell.

Try rolling it a few times. Whenever it comes to rest, it should correctly announce the number on top. It needs to drop at least an inch or so to be triggered…a totally sideways-roll won’t do it.

Add another pair of magnets as per the “Magnets” page.

So! If everything works well and seems solid, switch it off and you can remove the boards from the case and start again, this time adding some glue around each screw as a thread-lock for extra durability.

On the other half of the case now…first, test-fit the speaker to determine a good angle where the wires have a little slack when the case is open.

Remove the speaker, add some dabs of glue around the perimeter of the socket, then press the speaker back into place. Leave this alone to dry for a few minutes.

I also added some glue where the wires connect to the speaker, as strain relief.

Secure the LiPoly Backpack in whatever location you decided, through whatever means seem workable. Mine went on top of the Sound Board, and a tiny square of double-stick foam tape would hold it there (later I’ll add some dots of E6000 for extra durability).

A slot is provided for the power switch. Route the wires so they’re not in the way, add a little glue or epoxy to the slot and pinch the switch there with a clothespin, binder clip or small clamp until the glue dries.

Use just enough to hold the switch, don’t completely goober it up. There are small holes (detents) in the sides of the switch and glue can seep inside.

Find a spot and mounting scheme for the battery. I stuck it to the back of the speaker with more double-stick foam tape.

Close it up…check that wires don’t get pinched…and play a little bit. If everything looks good, we’ll add some finishing touches.

To open the die, pry it open from these two faces. Those dots were originally just to distinguish “6” from “9,” but as a bonus then can also indicate “open here.”

Hinge it open like a clam, carefully…do not yank hard or you’ll rip the wires off the speaker!

When everything’s working to your liking and you have a handle on opening and closing the die, take a good look through the interior for ideas to make it more durable. Some dabs of E6000, epoxy or hot glue in strategic places can help ensure that parts or boards don’t vibrate loose or wires don’t get snagged.

Even with the battery here, I felt the speaker side was a little too light and off-balance. I had some epoxy putty around and used a few dots to add mass to this side…get creative and use whatever’s handy…hot glue and fishing weights…it’s all good so long as it doesn’t come loose and cause a short.

Allow any funky chemical glues to dry for at least 24 hours before playing.

It’s normal for the red LED to blink during charging. This is because the Pro Trinket is receiving power (code is running) but the Sound Board is switched off. Not a problem.

When the battery is fully charged (about 90 minutes, tops), the green LED on the LiPoly backpack will light. A full charge is good for a couple hours’ play, or about 15 hours max standby if you forget to switch it off.

As was mentioned in the introduction, the talking d20 is a “for fun” thing…the balance isn’t perfect and it will probably show a slight statistical preference for certain numbers…I’d keep it away from tournaments or OMG SERIOUS BUSINESS gaming sessions. It’s perfectly fine and entertaining for “farting around” games though.

It’s always announced the correct number during testing, but there’s always some possibility of a software bug or calibration mistake or something. So before using this in your own games, lay out the ground rules for situations if the top face and voice were to not match: who has the final word?

I’d suggest using the top face as the final word. Occasionally it won’t detect being rolled and won’t make an announcement, in which case you’d read it…so the “top face” method is consistent across different situations. 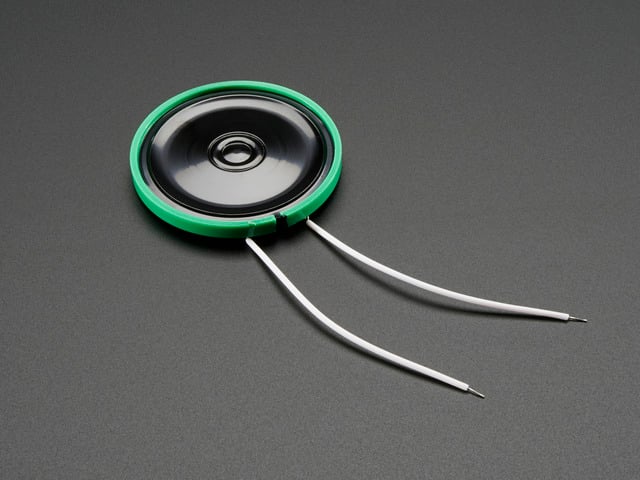 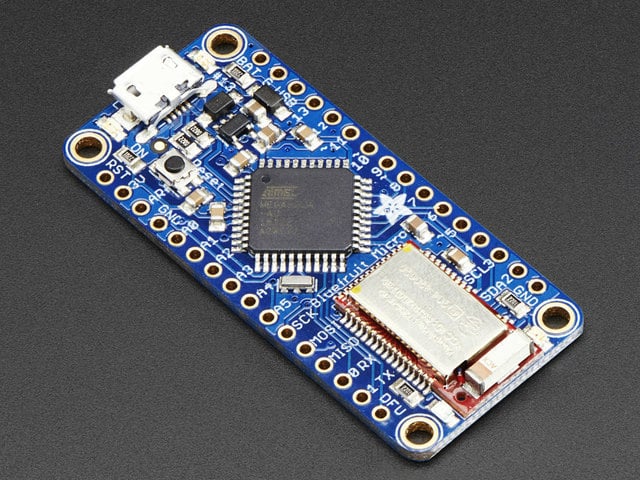