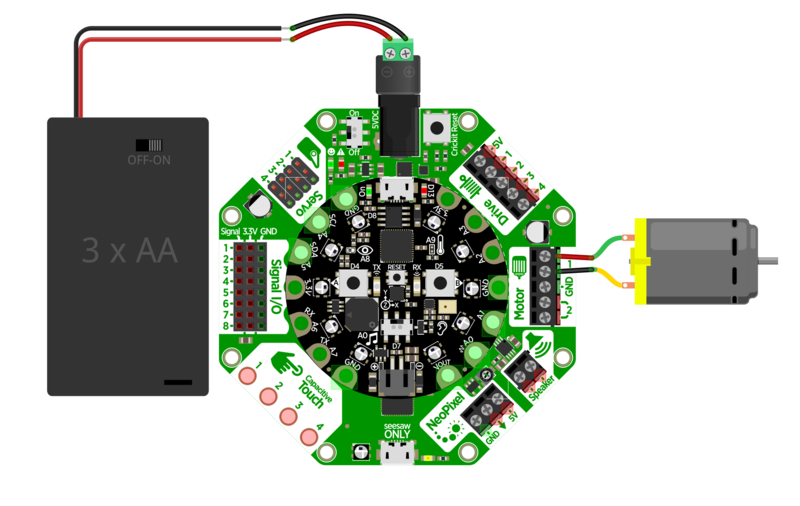 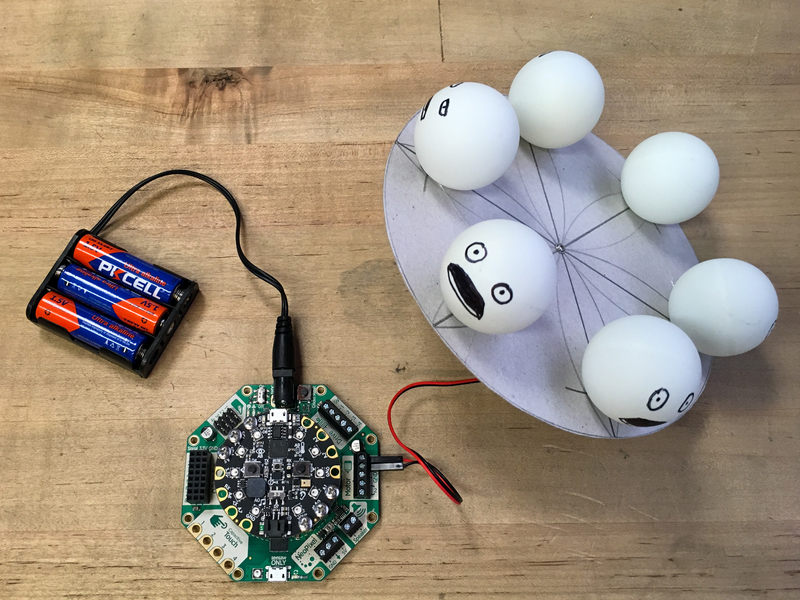 For a mounting base, you can use a small cardboard box, such as the one from which you unpacked AdaBox 008! 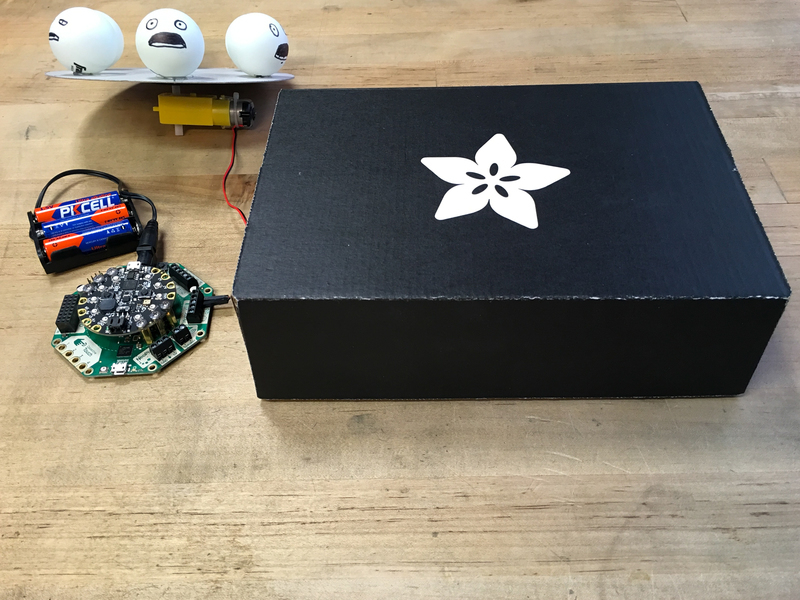 Flip the box over (we'll use the opening flap to mount the Crickit and CPX in a moment), and poke a hole in the center with a pencil to accommodate the motor shaft as shown. 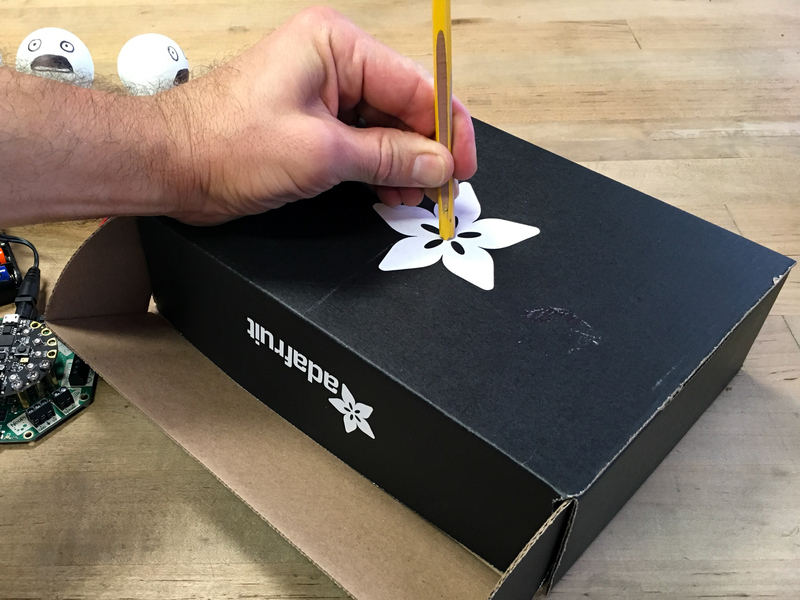 Us a bit of double stick foam tape to secure the motor onto the box as seen here, making sure the shaft is free to move easily. 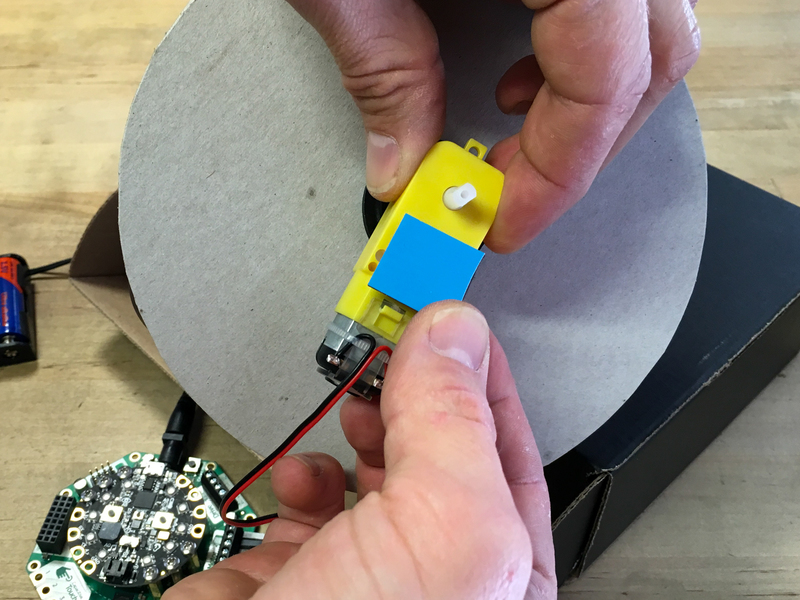 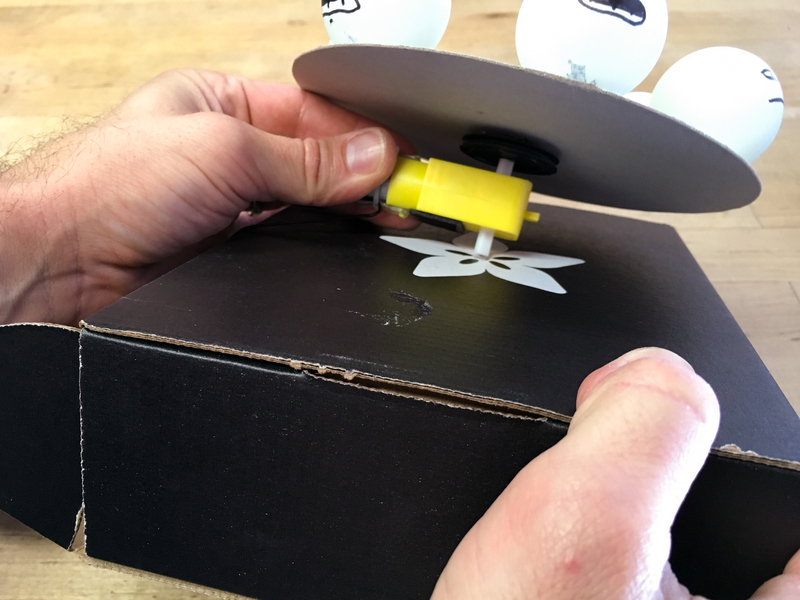 Tuck the battery pack inside the box -- it's weight will serve to stabilize the zoetrope base. 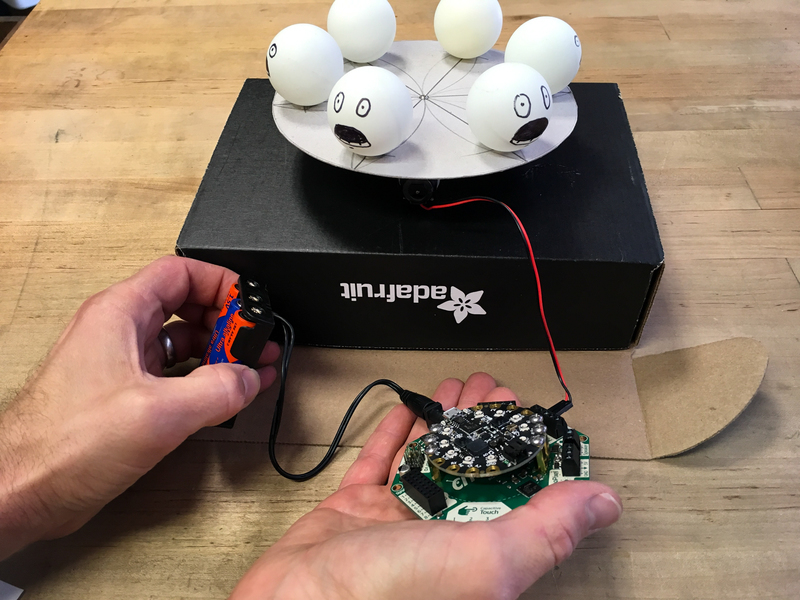 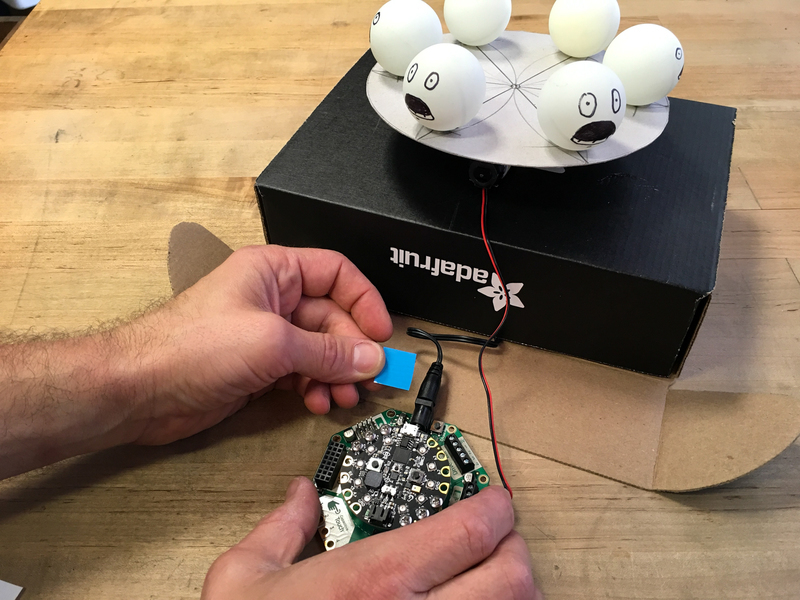 You can use another piece of double stick foam tape on the flap -- we'll secure the Crickit there in a moment.

We can angle the flap so that the Crickit and CPX are pointing at the ping pong balls, yet still easy to access the buttons and switches on board. Open the flap about 20° and then use a Makedo Scru to lock in the flaps as shown here. (You can use a toothpick or other material to hold the flaps in place if you like. Making it easily removable will allow for battery changes later.) 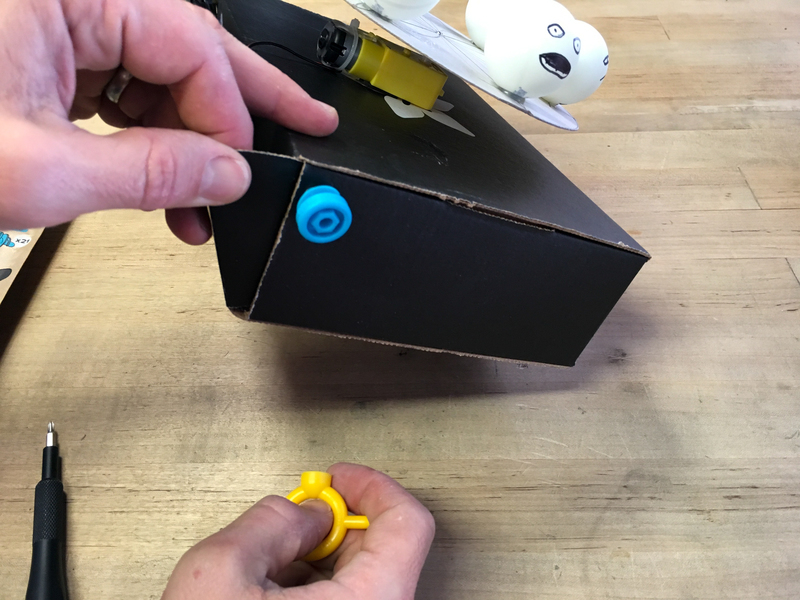 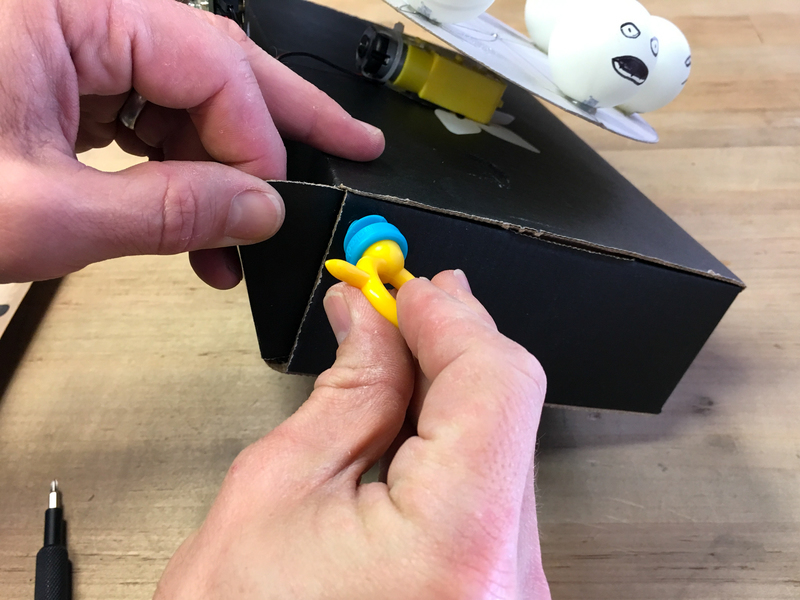 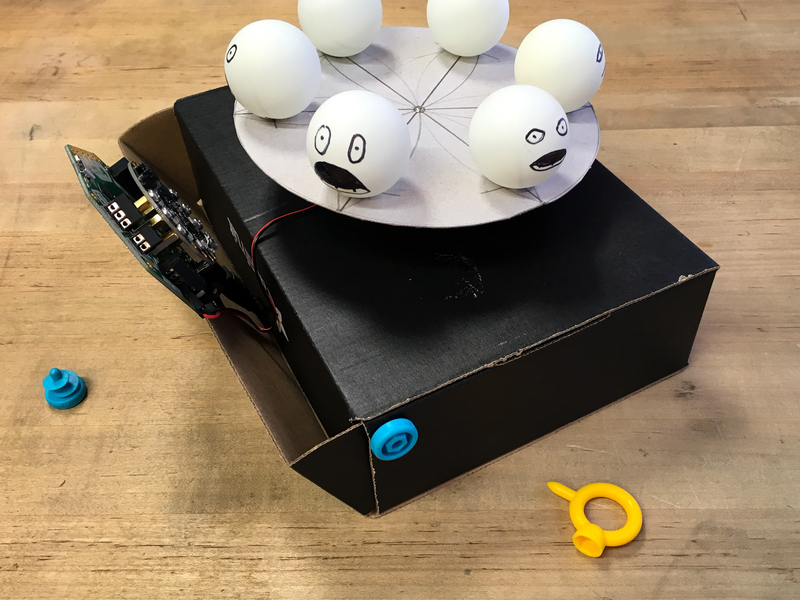 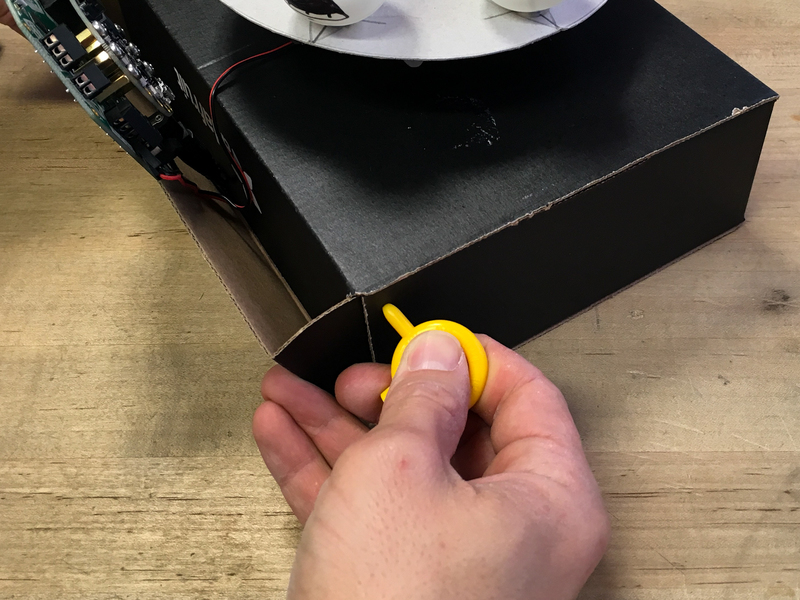 Repeat this for the other side.

Now, you can use that second piece of foam double stick tape to secure the Crickit to the flap as shown here. You could substitute zip ties, pipe cleaners, screws, or other hardware if you choose.

Note the orientation -- this sideways rotation allows easy access to the USB port on the CPX for programming. 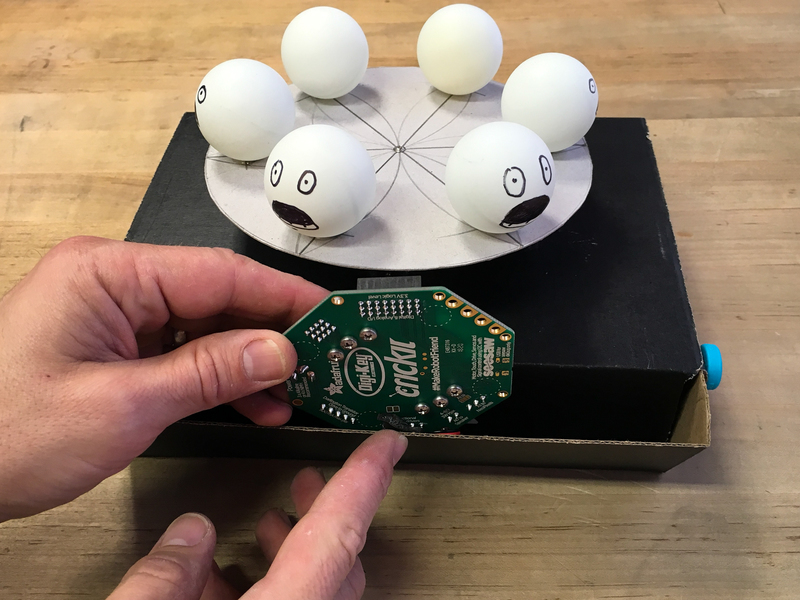 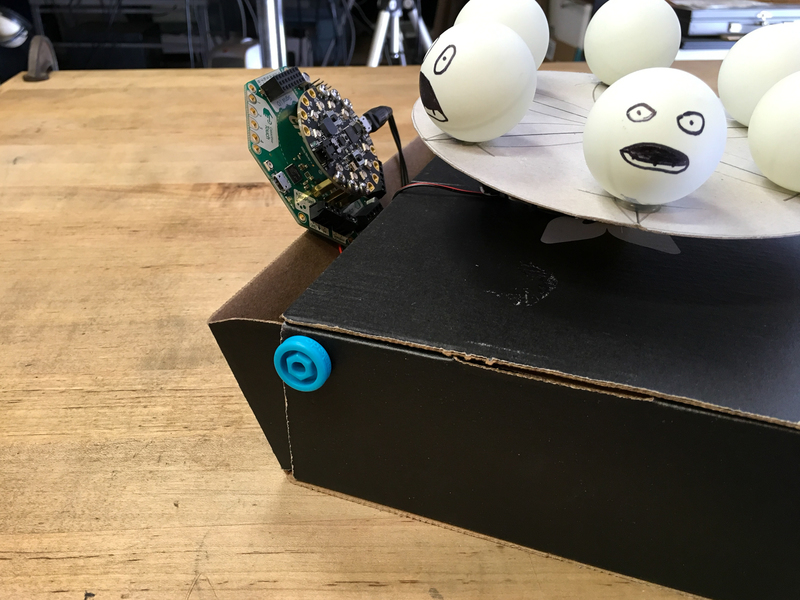 You've built your stroboscopic zoetrope, it's time to program it! 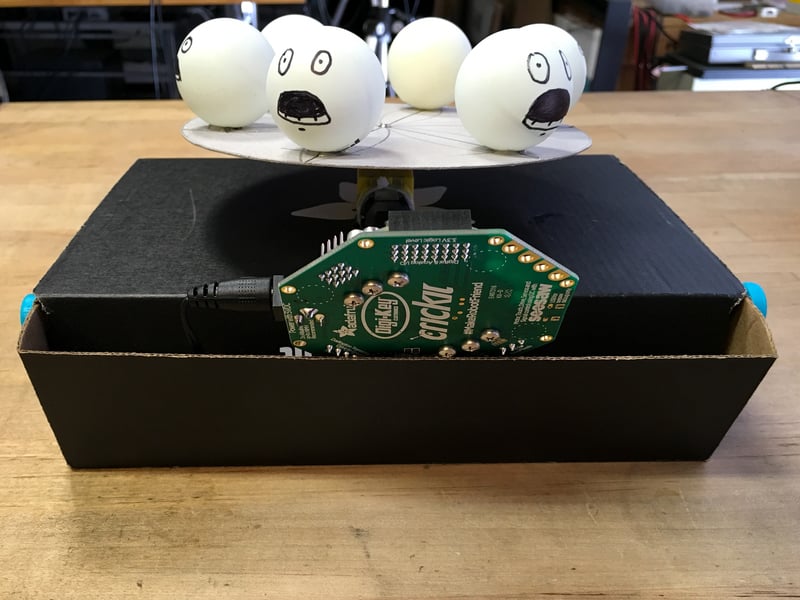 Make the Zoetrope Program Crickit and CPX with MakeCode 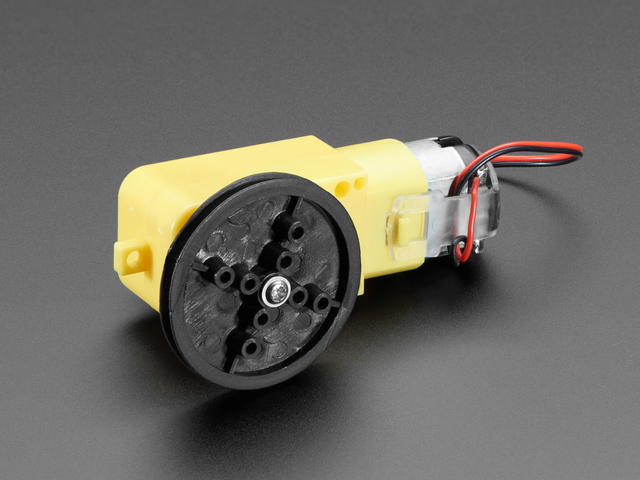 3 x AA Battery Holder with 2.1mm Plug
Out of Stock