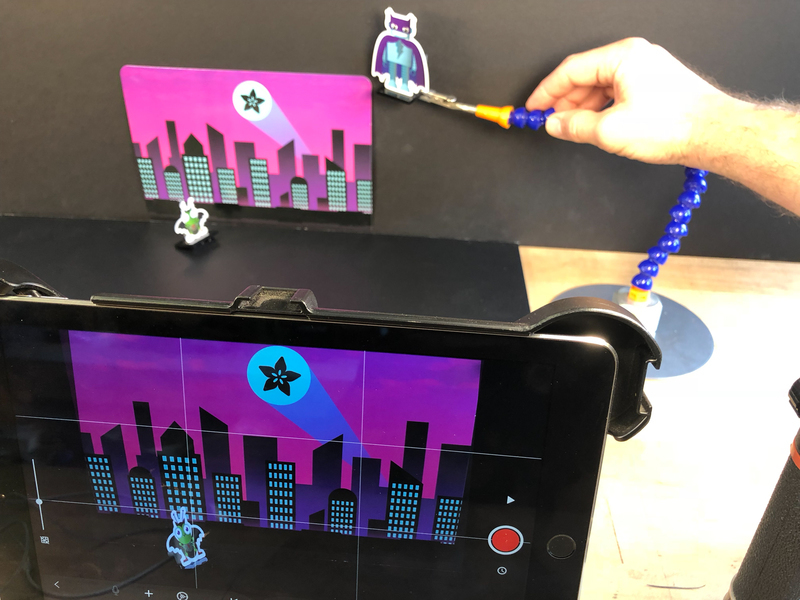 The key principal to understand for any kind of animation, including stop motion, is persistence of vision. Our brains are very good at filling in the blanks and imagining continuous motion when we see a series of still images displayed in quick succession.

This is how motion pictures/film/movies/videos work, as well as mechanical illusions, such as zoetropes and flipbooks. Traditional animation methods such as hand drawn animation, and puppet- or clay-based stop motion animation work the same way. Create a single frame by drawing a pose, or posing a figure, and then shoot a frame of the image onto film, or, more likely these days, a digital photograph. Then, create a new pose, shoot a second frame, and repeat this on and on.

When you then rapidly review those images you photographed, suddenly your subject starts moving and comes to life!

Motion picture films and digital projections you see at the local cinema are most commonly played at a frame rate of 24 frames-per-second (FPS). Video displayed on NTSC televisions in the U.S. and Japan runs at 29.97 FPS while the PAL standard in much of the rest of the world is 25 FPS. Most videos online run at 30 FPS.

Does this mean you need to pose and shoot 24 individual frames per second of animation? Thankfully, the answer is: No!

While the highest quality hand drawn and CG animated features are typically animated on ones (one pose per frame), plenty of animation is shot on twos, which means you pose the characters, then shoot two frames of film, and then repeat, meaning you only create 12 unique frames of animation per second. These are then played back at 24 FPS and our brains do enough "smoothing" that things still look great, even though each pose is being held for two frames.

It doesn't stop there, either. Lower budget Saturday morning cartoon animation and much anime is shot on threes, so only 6 poses are required per second.

We'll work at low frame rates, which really helps speed things along, especially when you're first learning. Typical stop motion apps will let you choose your working frame rate, such as 5 FPS, and will preview your animation for you and export movies at 30 FPS.

You can move to higher frame rates later on if you like, but to start we'll work at 5 FPS.

Besides a set and characters, the most important thing you'll need is a device to capture and edit your frames. There's a wide range of options here -- tablets/smart phones, laptops with web cams, full DSLRs tethered to computers with remote shutter releases, automated lighting, and motion controlled platforms!

We'll focus on using tablets or smart phones because they are inexpensive, small, simple, and do a great job when paired with the right app!

Professional stop motion animators working in commercials and film generally use DSLR cameras connected to a computer, and controlled with Dragonframe software. They often use motion controlled rigs for their cameras -- Dragonframe's motion system can even control DIY Arduino-based motion control rigs and sliders! 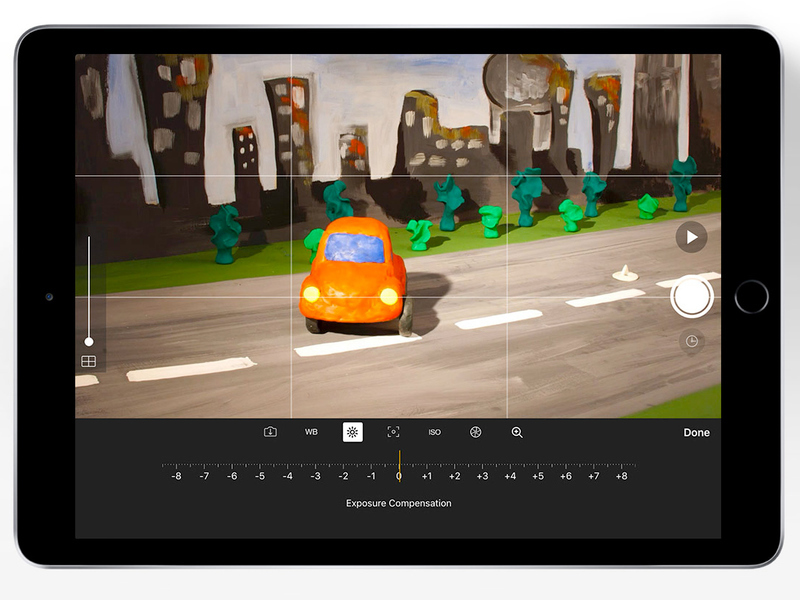 It's certainly possible to create stop motion animation using only the regular camera app on your device, and then separate editing software, but there are some huge advantages to using a dedicated app.

Three key features to look for in a stop motion app include:

I found that everything I need is in the free Stop Motion Studio app on iOS and Android (they also have Windows and mac os versions). iStopMotion is another very popular app on iOS for iPad and mac os.