Once you've built and tested your SpokePOV, and uploaded an image, you can install it on your bike wheel.

The easiest place to install on a wheel is one of the large gaps between spokes. Your bike wheel may be a little different. The most important thing is that you don't install it so that the metal spokes scrape against any electronics so that they can short. As you can see in the picture below, I installed this SpokePOV so that it is inside the wheel: the spokes are all either to the side or in front where they only touch the LEDs (which is OK, they're plastic). When you clip the zipties, make sure to leave a little tail, if you cut them too short they are more likely to fail. 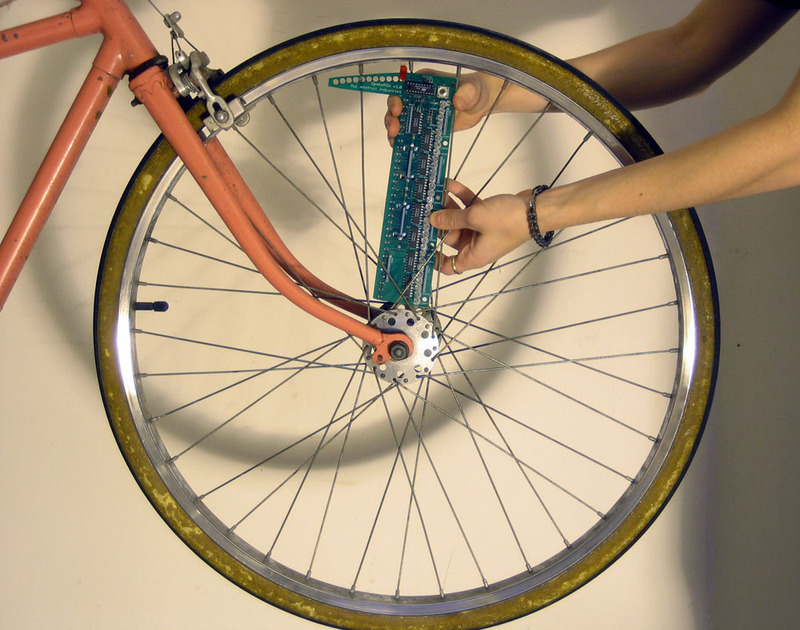 Use zip-ties (available at any hardware/crafts/office store) to attach the SpokePOV to the spokes. 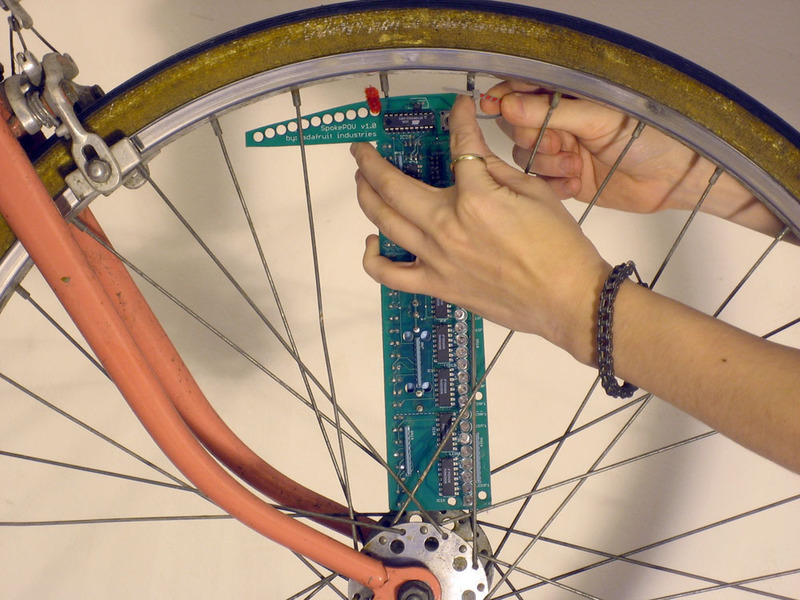 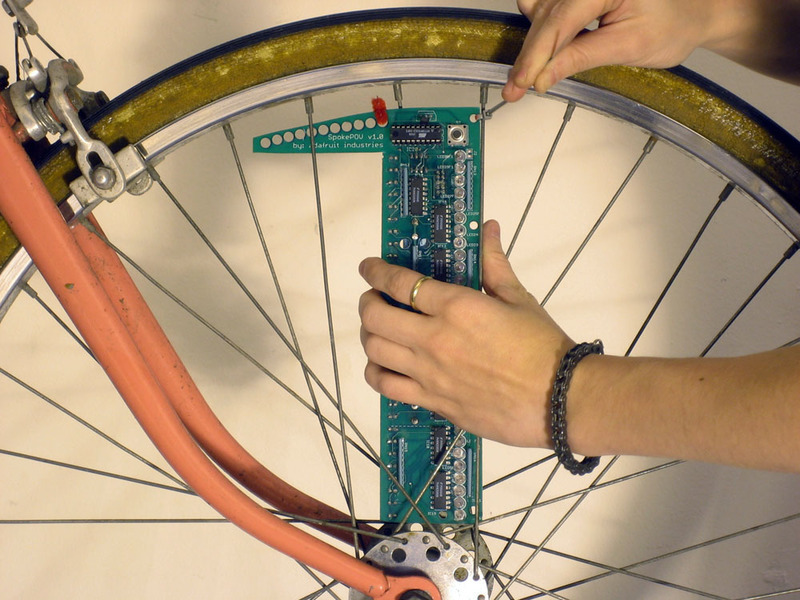 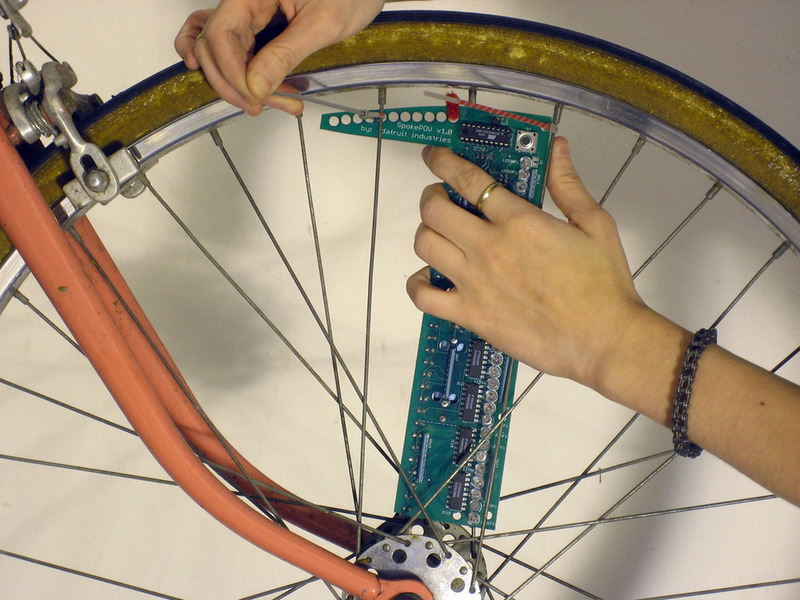 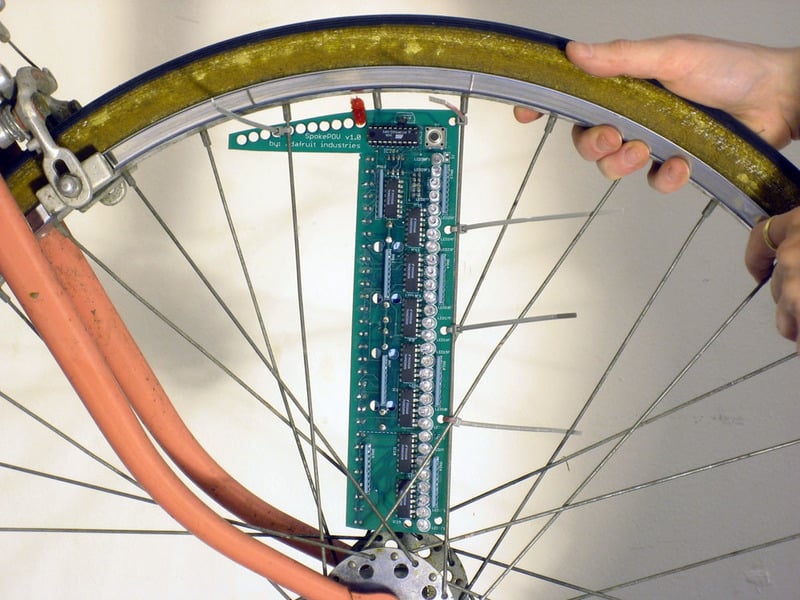 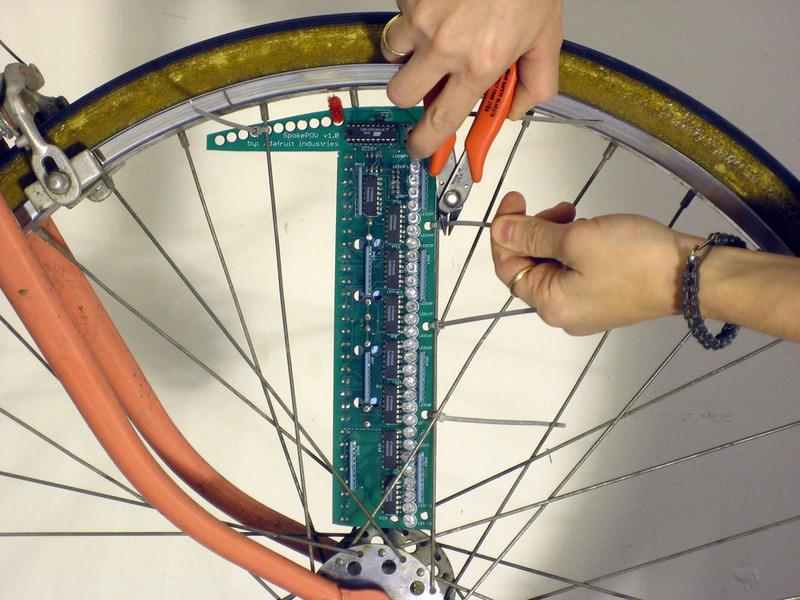 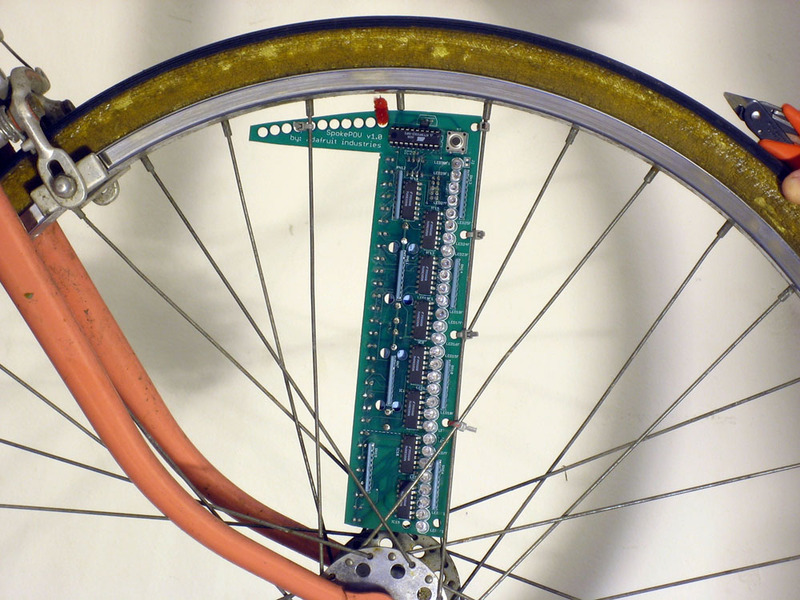 Attach the magnet to your frame. If you have a steel bike, this is really easy. You want to make sure that the south side of the magnet is facing out since the sensor is sensitive to the south side only. Try to put the magnet as close to the sensor as possible. Press the button to turn on the SpokePOV and try moving the wheel back and forth around the magnet, you should see the LEDs start to blink. 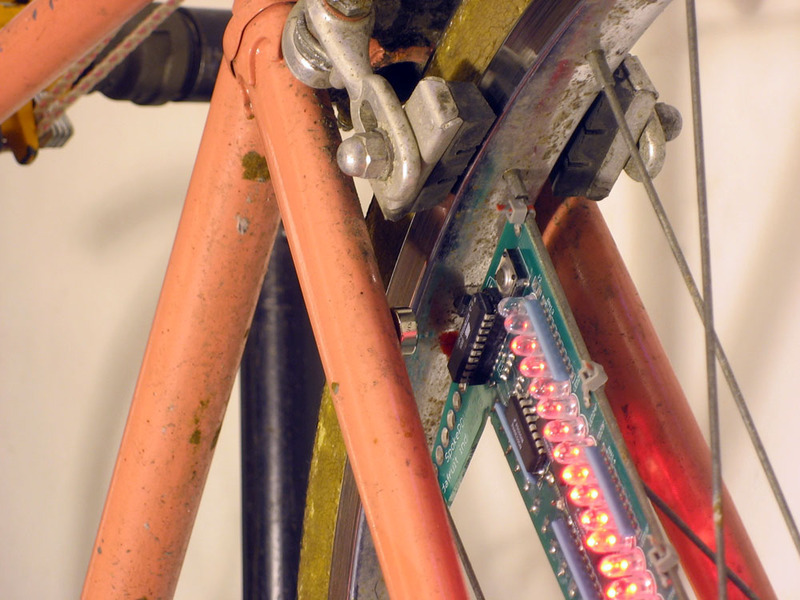 Now spin the wheel clockwise and stand back to see the image! (Turn off the lights for best results.) 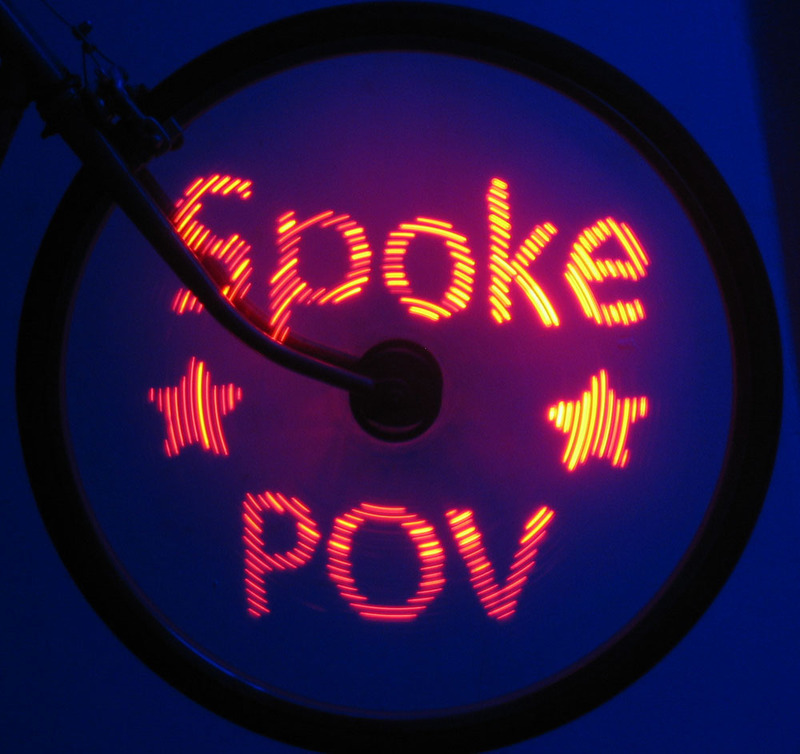 There isn't much involved in using the SpokePOV. If you're worried about riding it in the rain, you can conformally coat the board (except for the button, which is waterproof, and the battery clips and header). Basically that means you coat the board in spray-on silicone which protects it against moisture. If you don't want to conformal coat, I'd suggest just keeping the SpokePOVs off while riding in the rain, and drying them off so that the batteries don't corrode. Unfortunately, there does not seem to be a simple, inexpensive way to make waterproof enclosures at DIY-level quantities.

The SpokePOV has three modes: off, idle, and display. 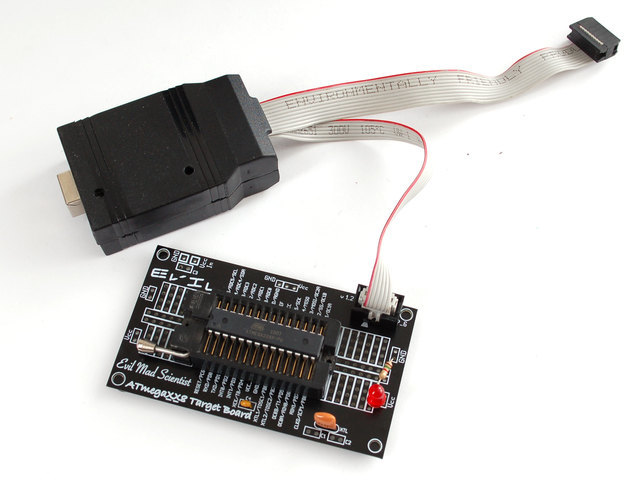 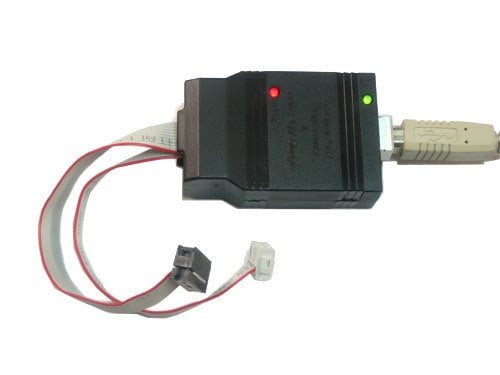