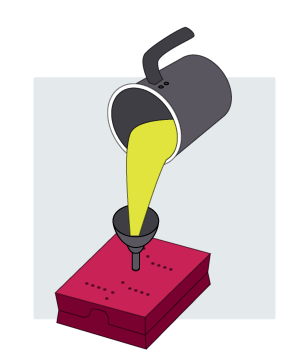 With molds like this there's lots of internal geometry for air bubbles to get trapped in. The best way to make sure air bubbles don't get trapped in the mold and end up messing up your casting is to ventilate the mold. Take the mold perforating tool I described in the materials section and poke it through all the places in the top half of the mold (the one with the hole on top) where you think bubbles will collect in the cast wax. When the tool erupts from the surface of the mold, pick out the string of silicone that comes along with it out so that it won't get stuck back in the hole or clog the tool.

When everything's well vented, you're ready to fit your funnel and pour the wax. I used a dollar store kitchen funnel with a bit of electrical tape wrapped around the small end to form a nice seal when pressed into the mold sprue.

My wax pouring cup is a steel beer can I bent a spout into. A bolt through a piece of dowel on the back made for a nice handle. I place the can on the stove for melting the wax, which is admittedly a little dangerous. Wax vapor is flammable, and spilling liquid wax over an open flame would put you in quite a pickle. I'd recommend a hot plate or similar ignition-free heating element for melting your wax. At the least use a double boiler if you're going to put it on the stove.

When your wax is heated, place something on top of the mold to add compression. I use a scrap of 1/4" plywood with a bunch of holes in it from little laser cutting projects. It's got a big enough hole in it that I can fit the funnel in the mold and still compress the mold pretty easily. You'll want to add compression to the mold go get the seams to press together and reduce the chances of wax running out and creating flashing you'll have to clean up later. 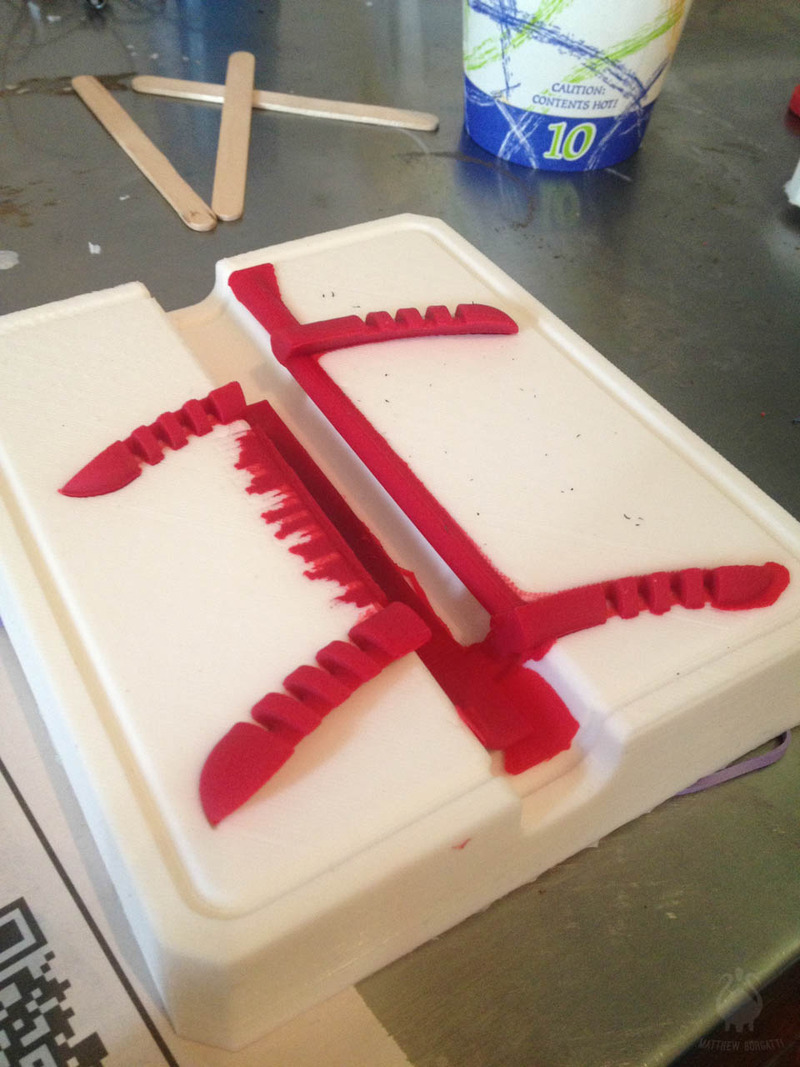 Open those Molds Clean your Waxes