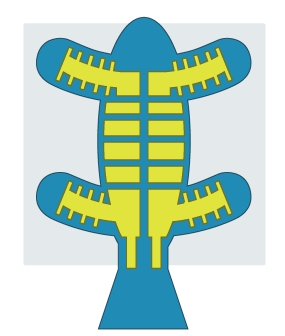 Allow everything to cure for at least four hours. Keep the cup you mixed your silicone in around so you can poke it to see how far along the cure is. Heating up the mold will speed up the cure if you're in a rush. I tend to set it in front of my radiator so it gets gentle, even heat.

When everything's cured, you're ready to de-mold. Just go around the seam between your two silicone halves and gently peel them apart. You're looking to get the soft Eco-Flex away from the harder Smooth-Sil at its own pace so it doesn't tear. Even though it looks like the quadruped is solid and robust, there's only 1/8" wall thickness between the surface and the wax cores and if you pull too quickly it might rip.

When you've got the entire part out, give it a once-over. Now's the easiest time to plug holes by adding some adhesive. If your wax has pushed up to the surface or you've got a big hole formed by a bubble in the mold, go ahead and brush some Sil-Poxy into the offending area. Make sure to extend a film of adhesive out from the site of the repair so its got lots of surface to grip. Even though Sil-Poxy is pretty strong once it's dried, it's not super sticky. If you put it on as if you were gluing a broken coffee cup back together, with adhesive only on the seam between the broken surfaces, it'll pop together pretty quickly. Get a little paintbrush and get glue deep into the hole, all up on the underside, and spread glue out on the surface. 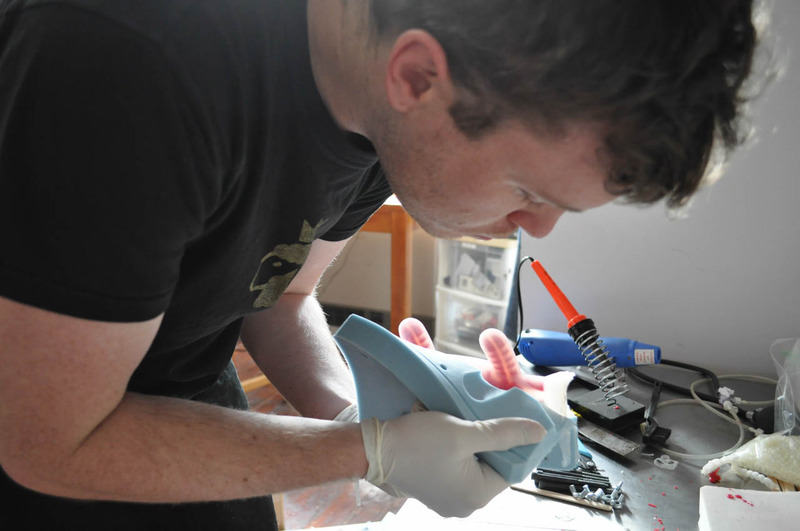