Do your fingers get frosty while texting? Have you missed a call because you couldn't get your gloves off fast enough? Maybe you've tried a pair of the touch screen gloves available seemingly everywhere, but you just prefer mittens and like to knit! This pattern guides you through a basic pair of mittens knit on double pointed needles (DPNs).

Conductive yarn is knit with the working yarn as one strand in the upper hand and thumb of the mitten, enabling you to perform basic tasks on your smart phone or tablet like answering calls, pinching and zooming on maps, or switching the track on your latest favorite album.

Check out this pattern on Ravelry! 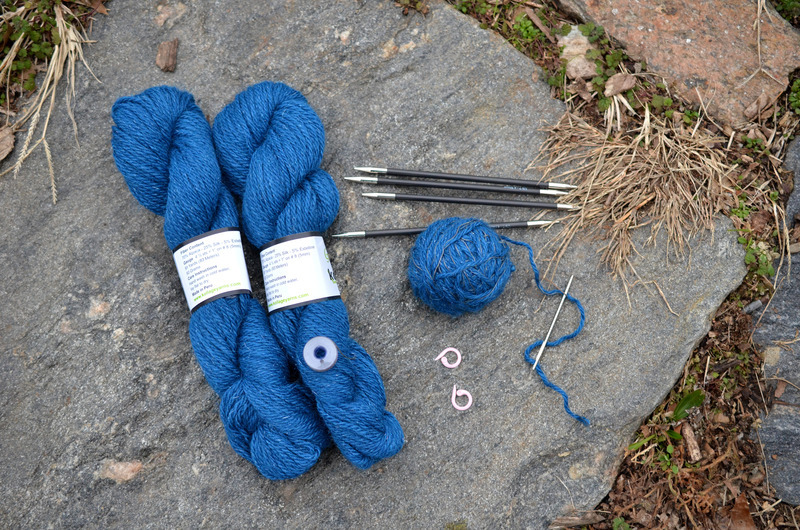 Needles: US size 7 (4.5mm) double pointed needles, or adjust to obtain gauge of 5 stitches per inch in stockinette stitch

Optional: DPNs in one size smaller than main needles for tighter wrist ribbing 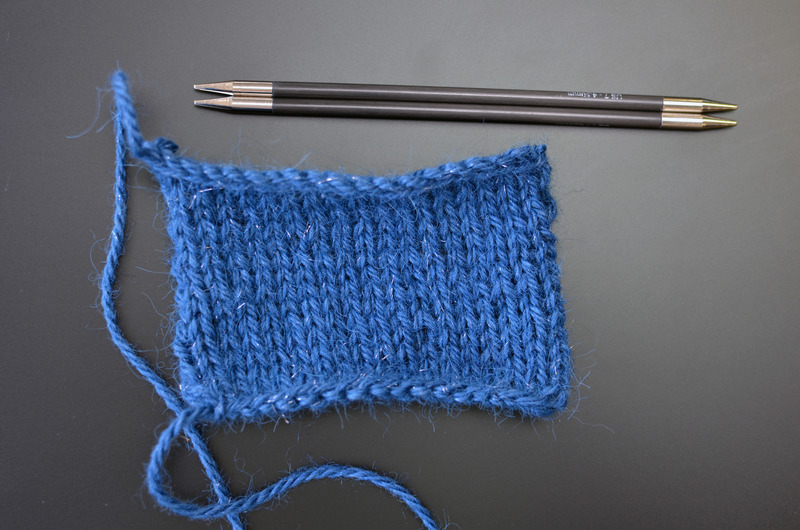 First, knit a swatch to double check your gauge. Don't skip this step if you want your mittens to fit properly! In addition to variations in yarn thickness and density, your yarn tension and stitching style also affects gauge. It may seem inconvenient but so is knitting an entire mitten before figuring out it's the wrong size! Knit up a swatch that's at least 20 stitches by 15 rows. 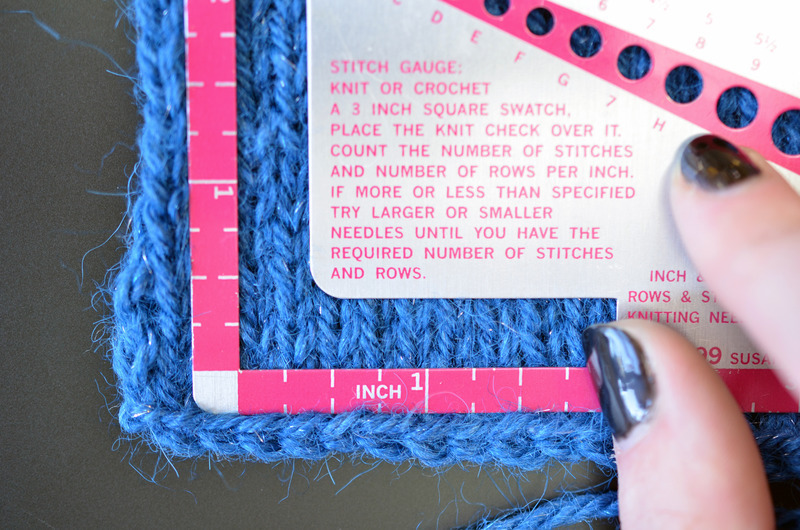 This project is suitable for intermediate knitters and intrepid beginners. Double pointed needles can seem intimidating at first but are easier to wrangle than they look.

Our favorite free online resource for learning to knit is knittinghelp.com. There you can find a thorough introduction to knitting, videos of almost every stitch in English and continental style, and tips and tricks.

This pattern uses a few common stitches and abbreviations:

wyif: with yarn in front

SSK: slip two stitches knitwise, place stitches back onto left needle and knit them together

M1: make one stitch on the left by picking up bridging strand from lower row and knitting into the back (M1R) 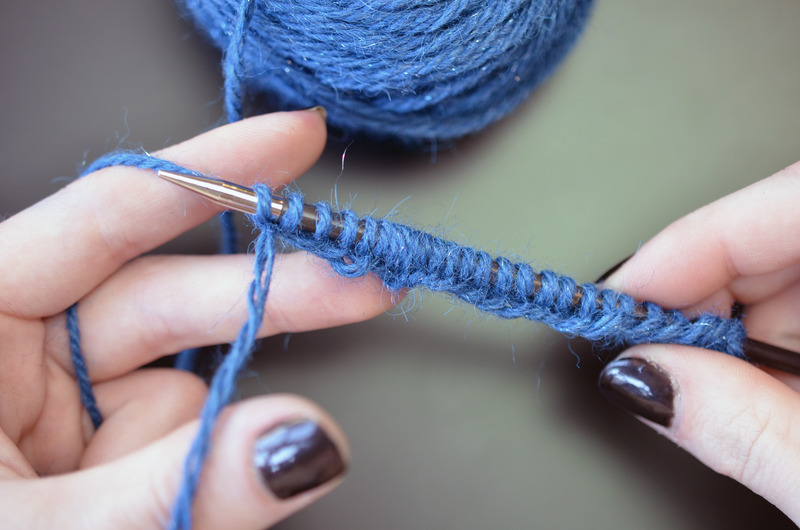 If you've got 'em, DPNs one size smaller than your main needles will create a stretchier, snugger rib at the cuffs of your mittens.

Next round: Swap to the larger sized DPNs and knit all sts. 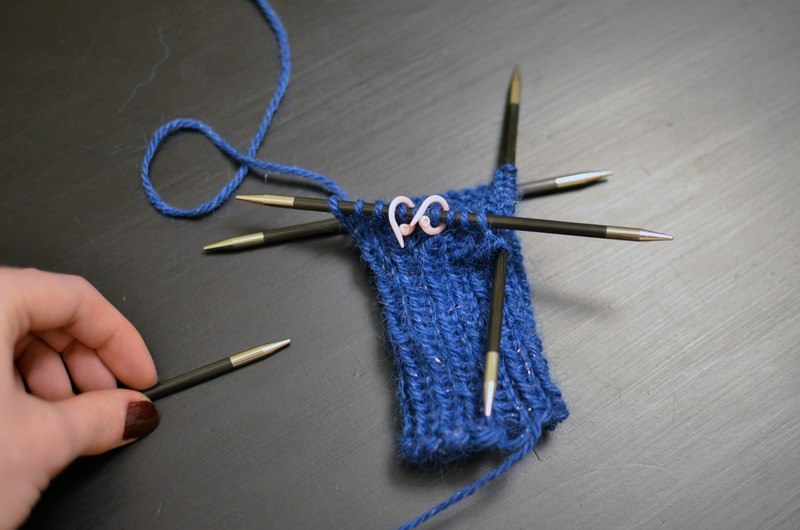 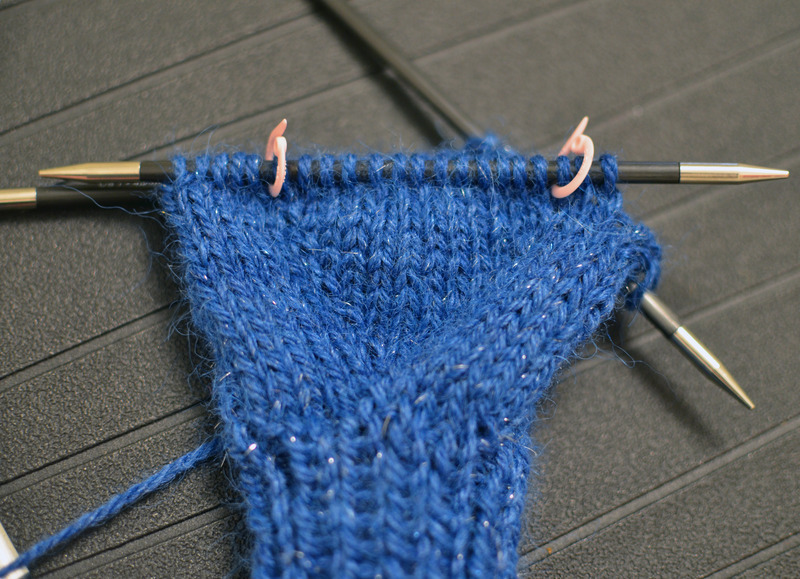 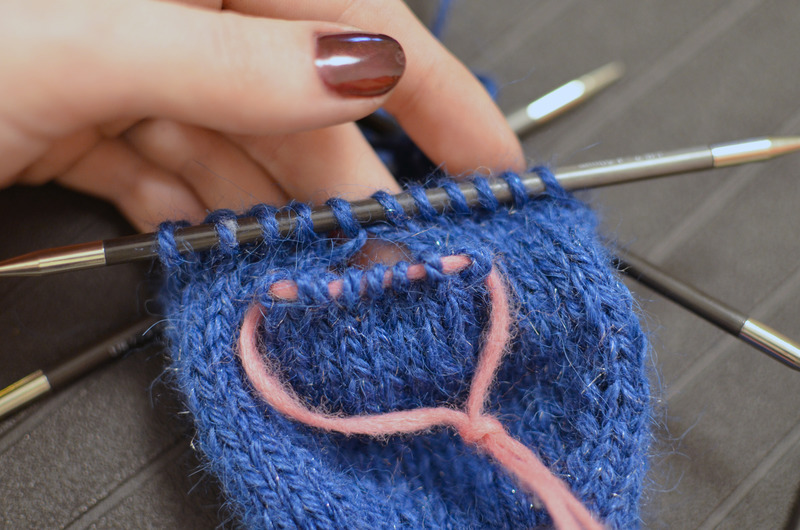 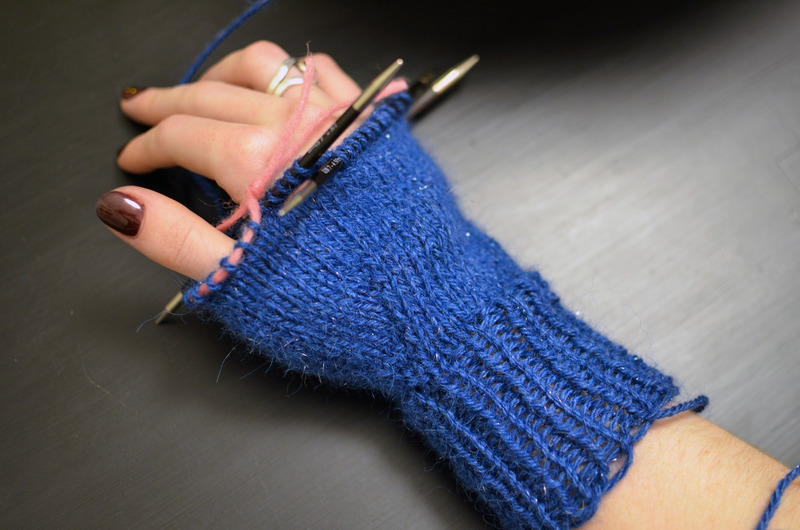 Tie the scrap yarn loosely enough to slip over the largest part of your thumb. Try it on now-- fun! 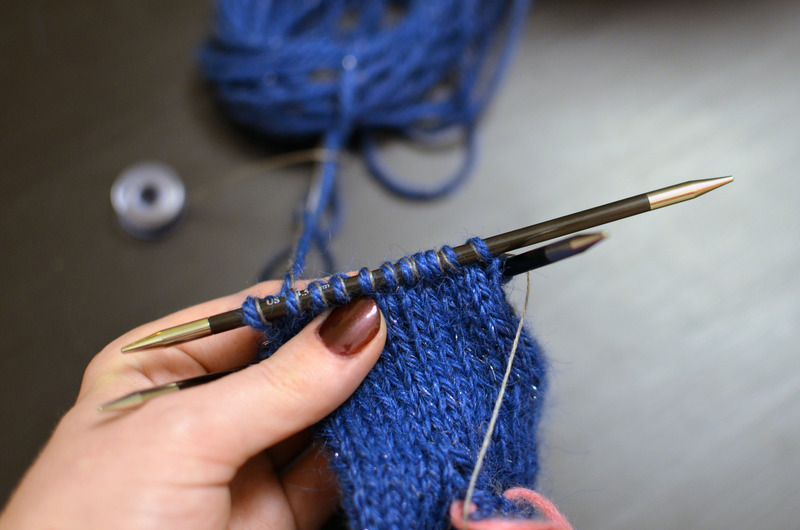 Pick up conductive yarn and hold together with regular yarn as a single strand for the remainder of the hand.

K even for 6 (10,14) rows or until the knitting reaches the base of the nail on your pinky finger.

Pull tail to tighten and weave in end. 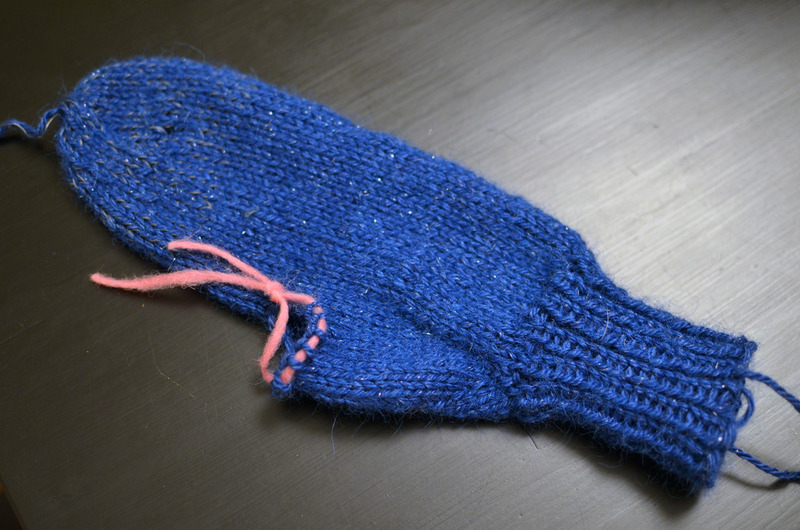 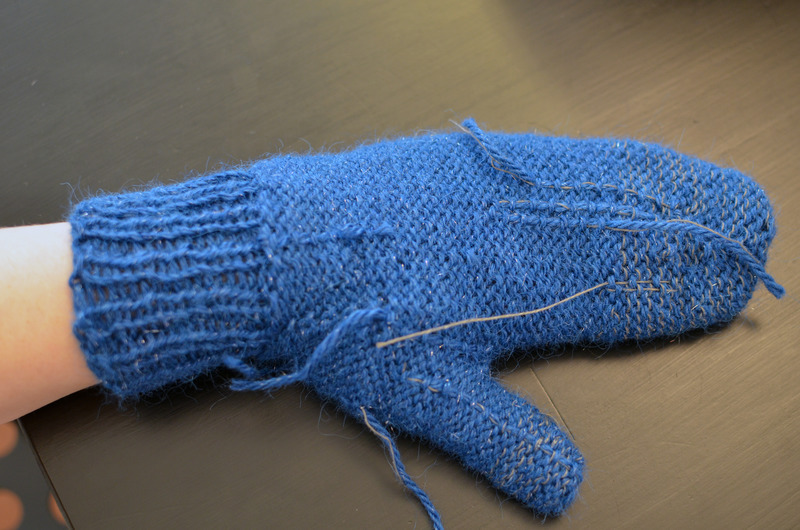 Turn inside out and weave in ends with a tapestry needle before cutting tails short. 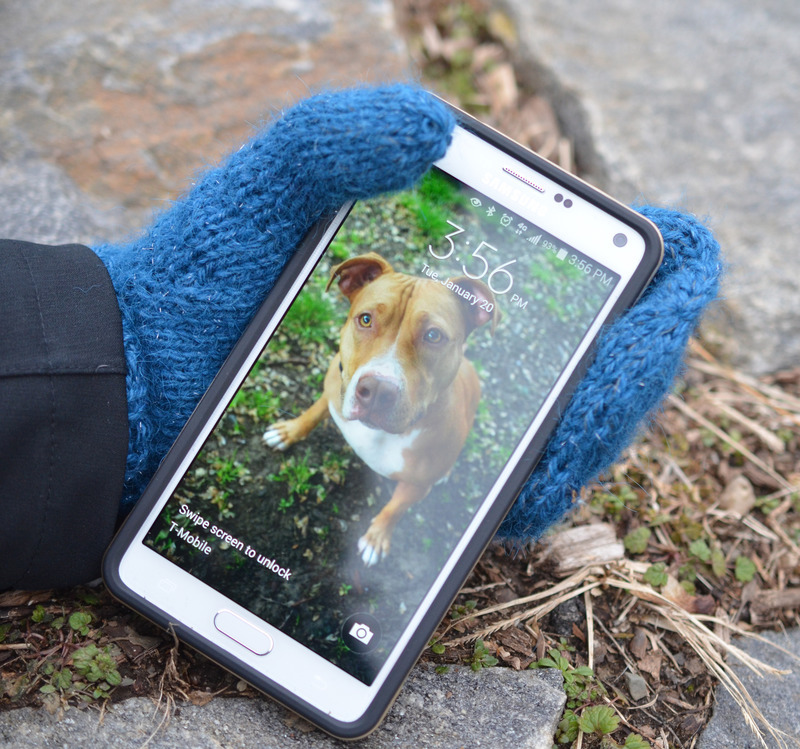 If your mittens turn out with clear DPN segmentation, you can gently block them with steam and stretch to reshape.

Do not handle hot objects with your new conductive mittens! 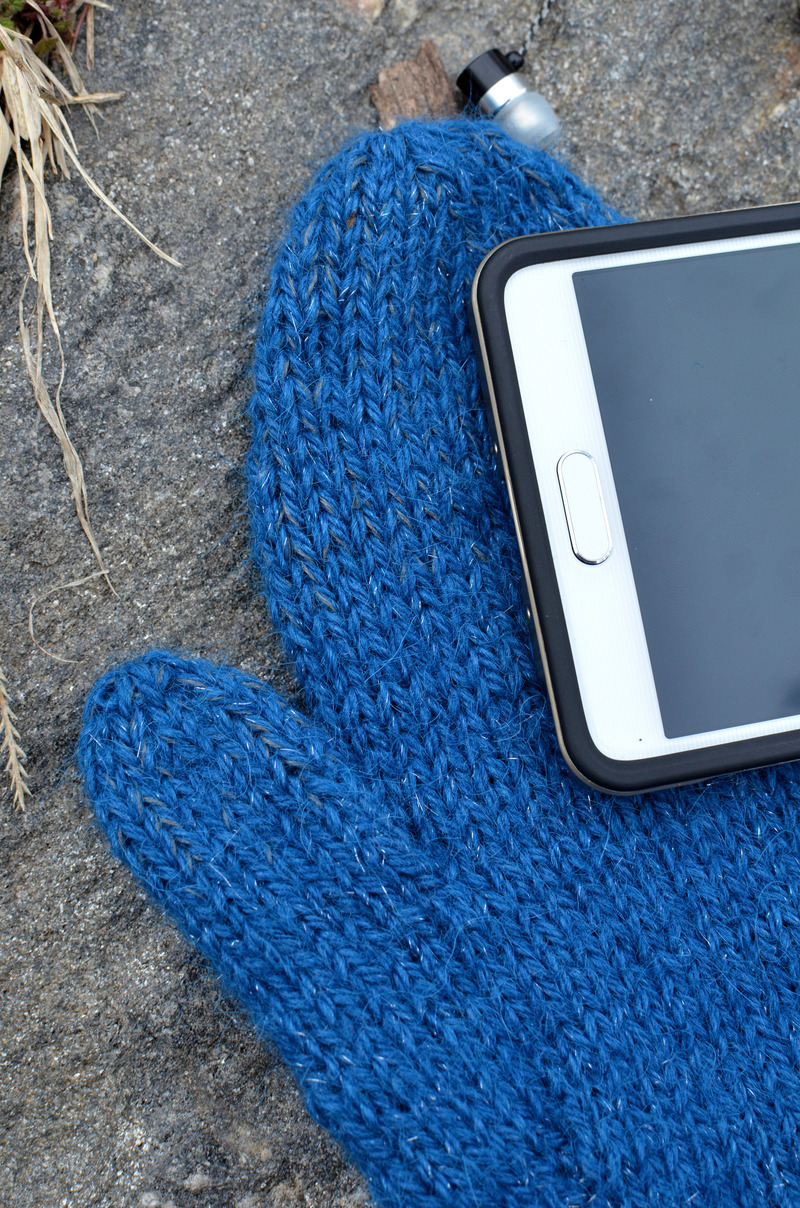 The effect is subtle. 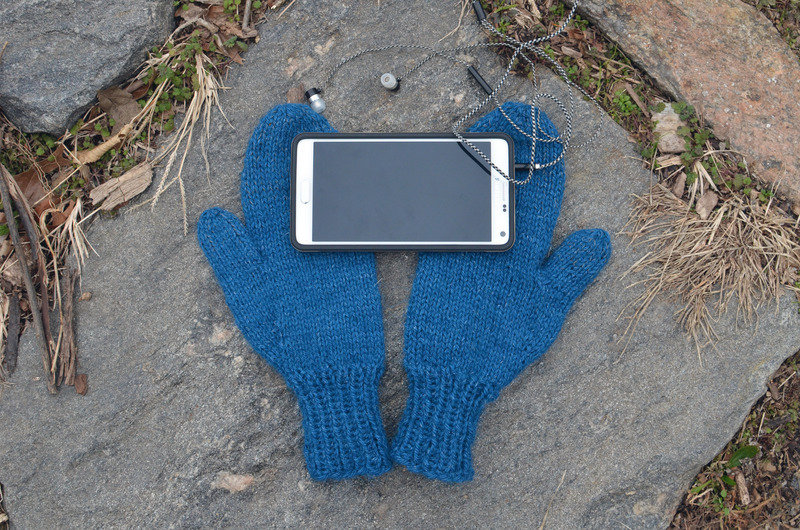 Play thumb-heavy games and take selfies in the cold! 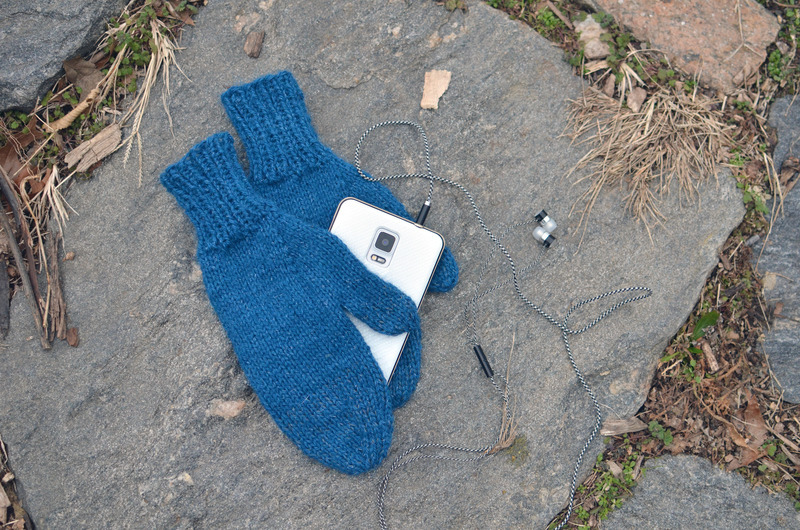 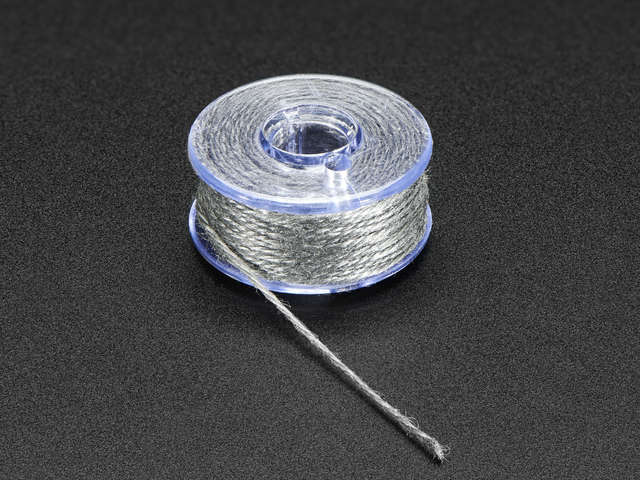 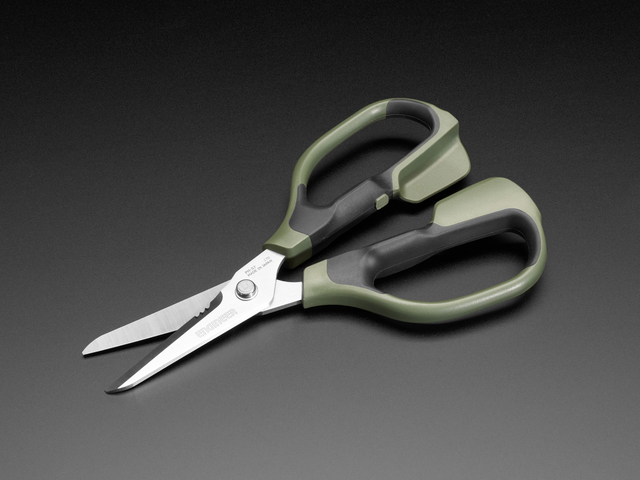 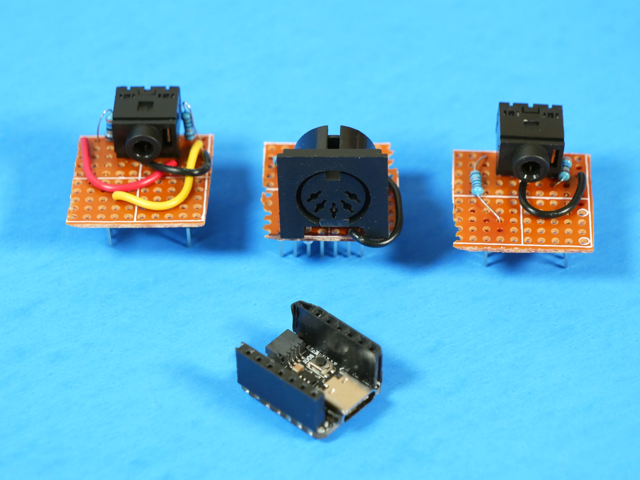 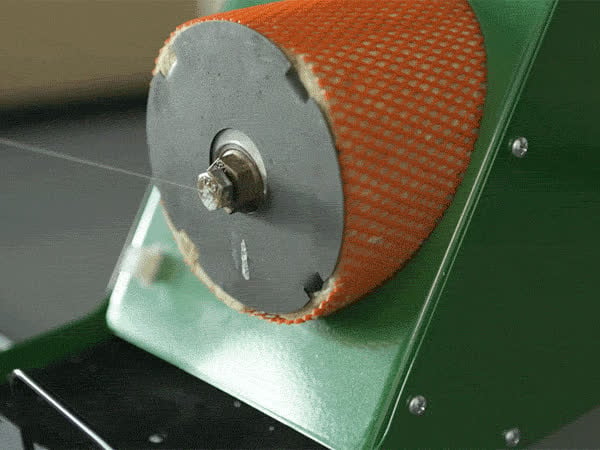 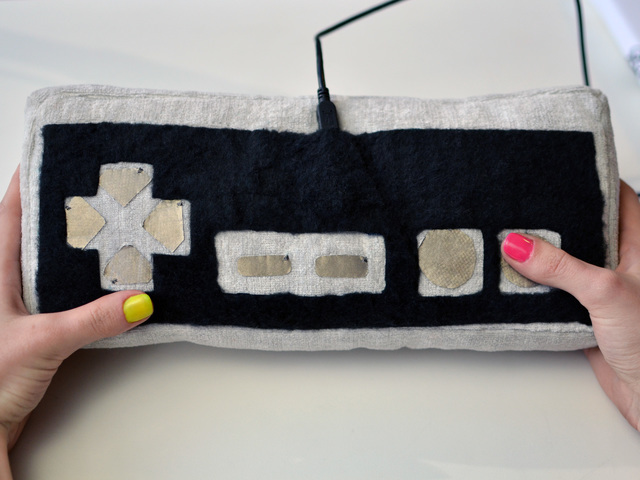 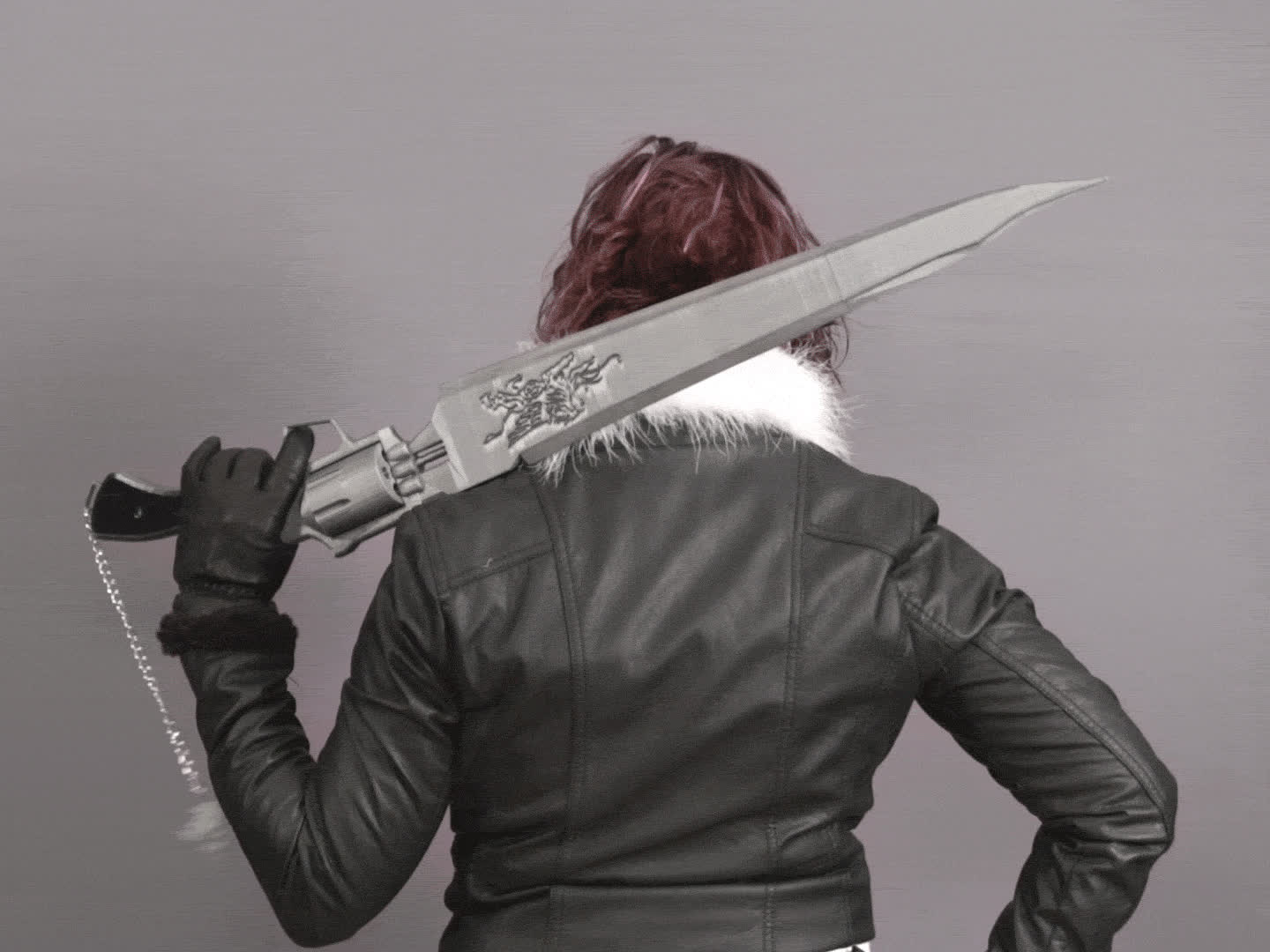 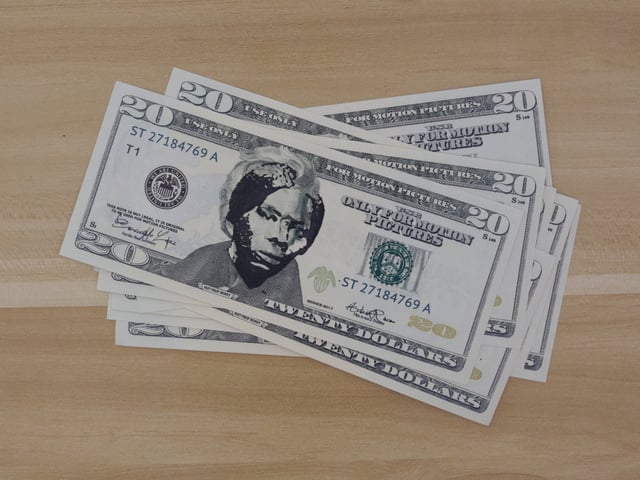 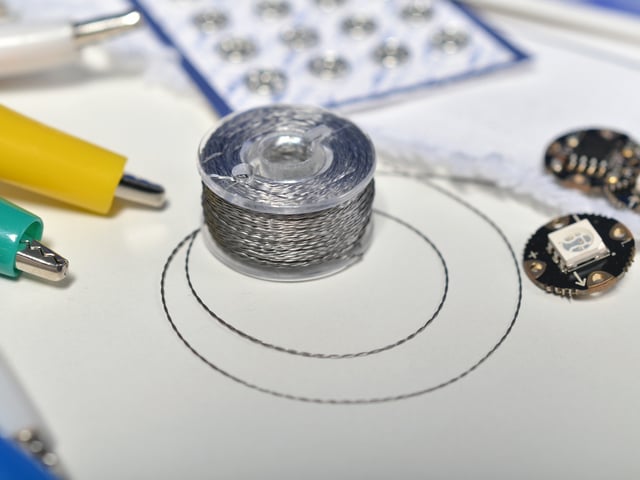