Skip to main content
sino:bit MicroPython What is the sino:bit?
Feedback? Corrections? 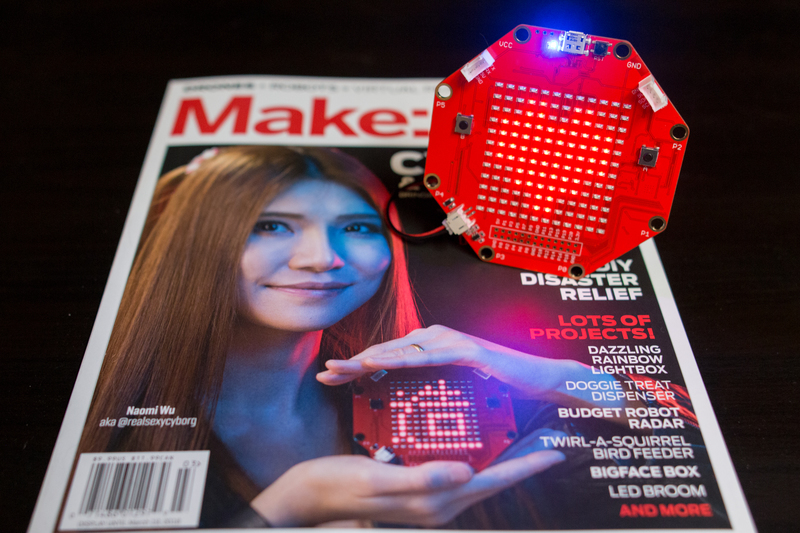 The sino:bit is a small board learning computer designed by Naomi Wu and Elecrow in Shenzhen, China.  Naomi took inspiration from the BBC micro:bit, a small computer designed for education in the United Kingdom.  The micro:bit was hugely successful at introducing students to programming by providing a tiny computer that was ready to use out of the box without any soldering or complex software setup.  However the micro:bit was targeted at the United Kingdom and an audience of English speaking students as its tiny 5x5 matrix of LEDs can only display English language characters.  Naomi saw the limitations of the micro:bit and worked with Elecrow to build a variant with a larger 12x12 matrix of LEDs that can display characters from Chinese and other languages.  The brilliance of the sino:bit is that it opens the door for computer education to a worldwide audience!

Since the sino:bit is based on the design of the BBC micro:bit (specifically a variant of the micro:bit called the Calliope Mini) it is almost identical in functionality to the micro:bit.  Both boards have the exact same processor, sensors, and input hardware.  The big difference with the sino:bit is that it has a larger grid of LEDs.  At a lower level though there are a few other minor differences:

All other functions of the sino:bit, like its accelerometer and magnetometer, are exactly the same as the micro:bit!

With the micro:bit there are primarily three ways to program or run code on it:

Since the sino:bit is so similar to the micro:bit it's possible to use with almost all the above tools too!  In fact there's already a handy guide on using the sino:bit with Arduino that you can explore now.  This guide will explore how to use a new port of MicroPython for the sino:bit and program the board with Python code just like a micro:bit!  Note that Microsoft's MakeCode doesn't yet unfortunately support the full capabilities of the sino:bit (like drawing to its display).

More information about the sino:bit can be found here:

Overview What is MicroPython?