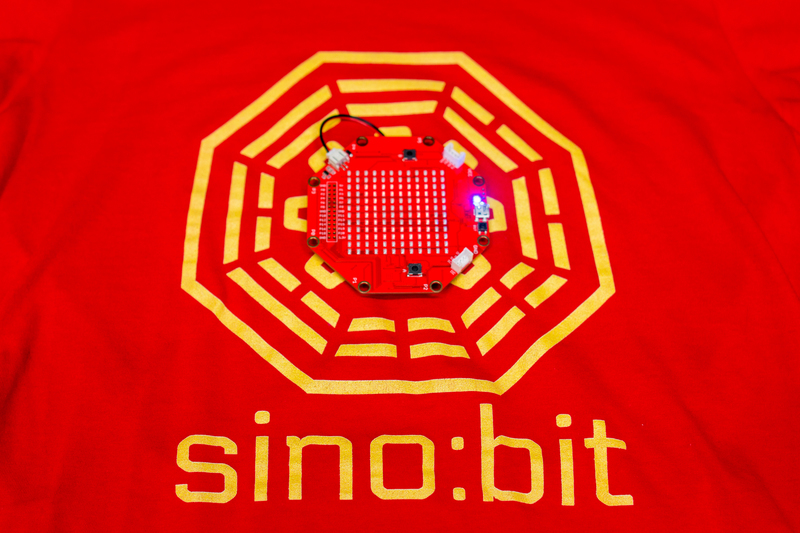 The sino:bit is a small board computer for learning about programming and science like the BBC micro:bit.  What makes the sino:bit special is that it's designed for a world-wide audience.  The inspiration for the sino:bit came from Naomi Wu who realized boards like the micro:bit could only be used by Western, English-speaking audiences because their small grid of LEDs couldn't display large characters from Chinese and other languages.  Naomi worked with Elecrow to design the sino:bit as a world learning computer, one which has a large enough 12x12 LED matrix to display almost any character.  The power of the sino:bit is that it can open the doorway to learning about computing to a world-wide audience of makers!

Be aware the sino:bit MicroPython port is very early in development (as of this guide writing just a few weeks old!).  Features, documentation, bugs, and other changes will be added and fixed over time so expect a few issues as you explore and learn from the project today!

Before you get started it might be handy to review these guides for more background on the sino:bit and MicroPython: