Skip to main content
SerenityOS - The dream of the '90s is alive! What is SerenityOS?
Feedback? Corrections?

SerenityOS is a new operating system written from scratch by Andreas Kling and many, many more open-source contributors. It is described as "a love letter to '90s user interfaces with a custom Unix-like core." 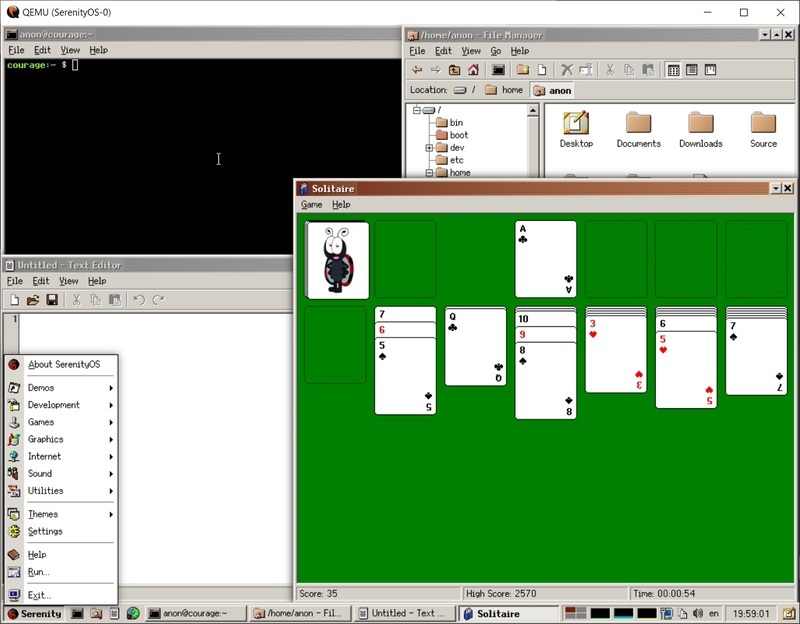 Why the 90s? Probably just feeling nostalgic, but it was an exciting time!

It was the era of Windows 95, Mac System 7, and this new thing called Linux. GUIs had been around for a while but they were improving quickly. It sounds quaint now but we were excited about having more than 16 colors on the screen at once. It was amazing to be able to play a video on your computer. The average web page now probably has more multimedia playing than a typical 1990s computer could handle. The internet was becoming more widely available but unless you were lucky you had to use dial-up to connect.

If you want the true 90s experience you should download this at 28.8 kbps and install it from floppy disks. Fortunately for us, SerenityOS only looks like the 90s, it's a fully modern system underneath!

Let's build it and take a look.