The case was designed in Fusion360 to have all of the components available on the top of the box with a hole in the back that allows the Feather M0 Express's USB port to be accessible. The bottom of the case has standoffs designed to screw the Feather and perma proto board in place with M2.5 screws. The case is also a snap fit case, making opening and closing it very simple.

When designing a snap fit case in Fusion360, try following this great video tutorial from the Ruiz brothers:

The case was printed with 20% infill and .2mm layer height. No supports are needed. Silver PLA filament was used to act as a neutral, yet still bright, color with the lights. 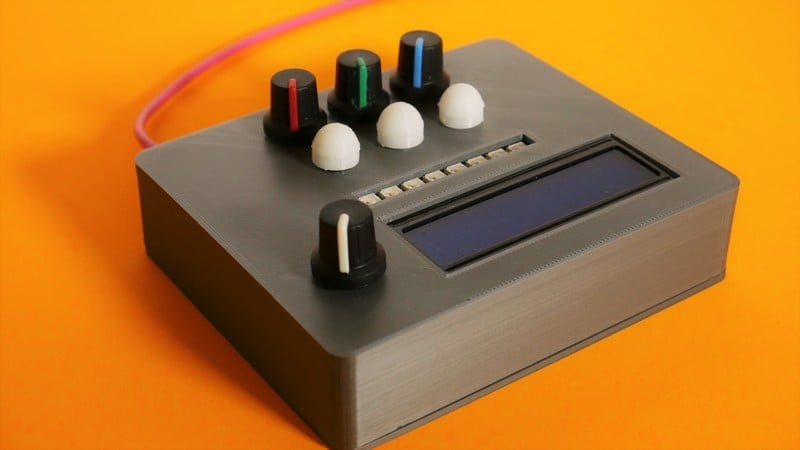 The single 5mm LEDs used are very bright and need to be diffused so that you can still look comfortably at the NeoPixel strip. There is a great diffuser model on Thingiverse designed by 3dprintsolutions that fits perfectly over a 5mm LED. But since the LEDs are in LED holders, they aren't fully exposed and as a result the provided model is too long. You can shorten the model though in your slicer by performing a cut. A cut at Z height 6.7 provided the best fit, sitting flush with the case. You may find that you need to print this a bit smaller, between 93%-95% since the lip found on the bottom of LEDs is not being used to catch onto the diffuser's housing.

Download the 5mm LED Diffuser Model by 3dprintsolutions on Thingiverse 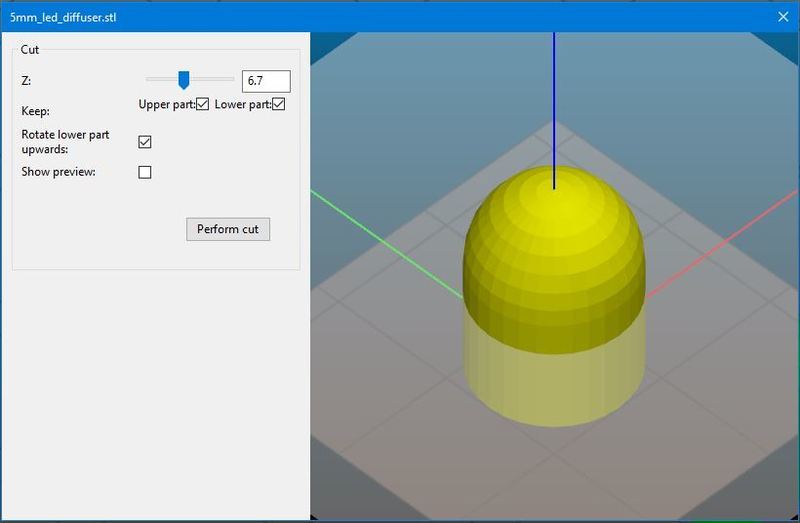 This cut model was then printed with 20% infill and .2mm layer height with white PLA. Supports were used as suggested by 3dprintsolution, the designer.

It might be your first instinct to try clear PLA, but white PLA was found to diffuse the LEDs better for the purposes of this project since they are just for labeling purposes.
HSV CIRCUITPYTHON CODE USING THE FANCYLED LIBRARY Assembly
This guide was first published on Mar 02, 2018. It was last updated on Mar 02, 2018. This page (3D Printing) was last updated on May 21, 2020. 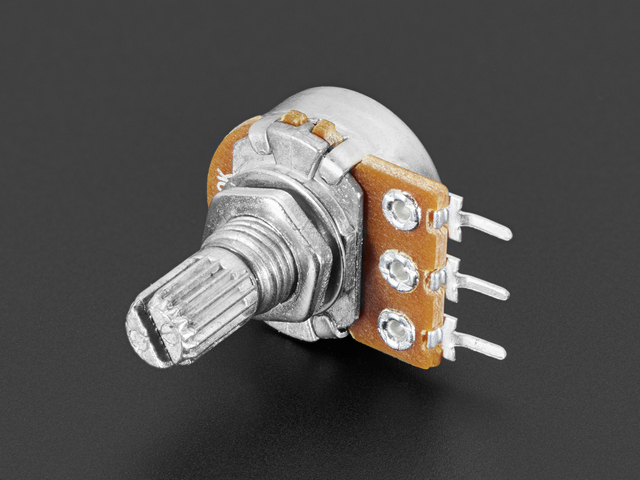 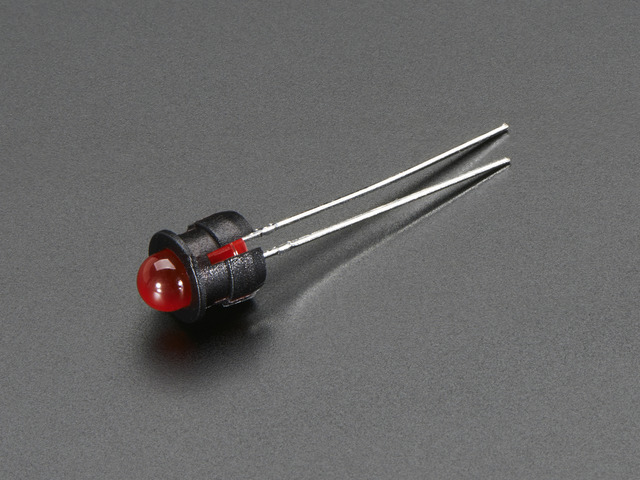 Learn how to control analog, or continuous voltage, values with CircuitPython!
Tony DiCola

Learn to use potentiometers (variable resistors) in your projects.
Anne Barela