We'll use submersible DS18B20 temperature sensors for monitoring temperature. The DS18b20 requires minimal circuit (only a single 4.7K resistor) for integration with Raspberry Pi. We'll use the existing PermaProto HAT for this. A DS18B20 sensor will be connected to the controller enclosure using a 3.5 mm audio jack. The probe itself will have a 3.5 mm male audio connector, and the controller enclosure will have a panel mount female audio jack connector.

Note: Due to our choice of 3.5 mm audio connector, we should always avoid plugging/unplugging the temperature sensor when reef-pi is running. Always power down reef-pi before connecting or disconnecting the sensor. The 3.5 mm audio jack causes +Ve and GND pins to be touched (shorted) every time the male connector is plugged in, causing the Raspberry Pi to reboot (which we do not want to happen).

reef-pi supports multiple DS18B20 sensors. It is common to use two or three of these for redundancy. I have tested with up to 7 sensors.

Waterproof 1-Wire DS18B20 Compatible Digital temperature sensor
This is a pre-wired and waterproofed (with heat shrink) version of a 1 Wire DS18B20-compatible sensor. Handy for when you need to measure something far away, or in wet conditions....
Out of Stock
Out of Stock 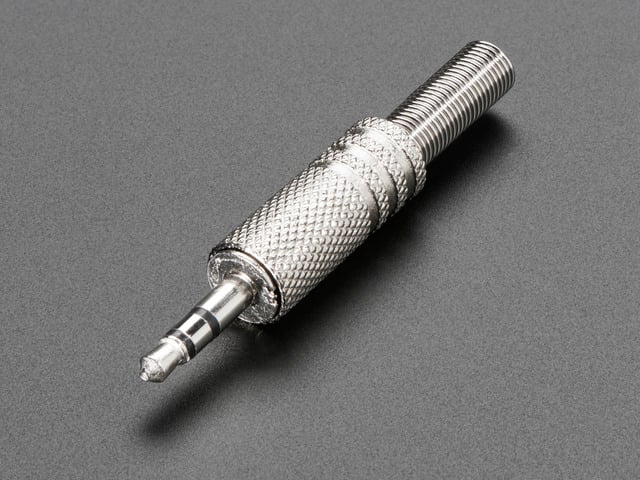 3.5mm (1/8") Stereo DIY Plug
Repair or design your very own audio cables with these nice and durable phono-jack connectors. This is a great plug to make your own cable with. it's made out of durable metal with...
$0.95
In Stock
Add to Cart

Hook-up Wire Spool Set - 22AWG Solid Core - 6 x 25 ft
Perfect for bread-boarding, free wiring, etc. This box contains 6 spools of solid-core wire. The wire is easy to solder to and when bent it keeps its shape pretty well. We like to have...
$15.95
In Stock
Add to Cart
Overview Circuit Construction