Unlike most microcontroller projects that can simply be switched off when done, computers like the Raspberry Pi require an orderly shutdown procedure…otherwise the storage card may become corrupted and the system will no longer boot.

There are situations where just pulling the plug would certainly be handy, like slideshow or video kiosks, or systems left in the hands of non-technical users. Fortunately recent Raspberry Pi OS releases have a configuration option to make systems more resistant to unplanned power cuts.

Linux—or any substantial computer operating system, Windows and Mac are the same way—behind the scenes they’re frequently writing temporary data to disk (or the SD card with Raspberry Pi). This is why we normally use the shutdown command: every file is put away in a known valid state. But if power is unexpectedly cut, these lingering half-files can render a card unbootable…one can try patching it up, but often there’s no recourse but to wipe the card and reinstall everything.

Recent Rapsberry Pi OS releases have an option to put the /boot partition (where the kernel image and other critical files reside) in a read-only mode. If software installed on this system only performs reading and playback operations (e.g. a slideshow kiosk, a Fadecandy server, a Halloween display), then you can just unplug the system when done. It’s not ideal for read/write tasks like databases, web servers or data logging, but it has a place.

We assume that you have a Pi booted and on a network…like mentioned above, everything already configured and fully functional (and backed up) before taking this step. We have other guides covering the very basics of getting a Raspberry Pi started.

Click “OK” and wait while the system works. It may take a minute or more to complete. This is normal.

Navigate down to “Performance Options” and then “Overlay File System.” Select “Yes” to both the enable and write-protect questions.

It may take a minute or more while the system works, this is normal. Tab to the “Finish” button and reboot when prompted.

You’re done! Now the /boot partition is safely locked. If you need to access something there though, like the config.txt file, or a major system update, instructions to temporarily enable write access are given below.

If you need to temporarily enable read/write access, as when editing tricky configuration settings in /boot/config.txt, or major system updates affecting the kernel or device tree files, this can be done from the command line (if using “full” Raspbian with a GUI, open a terminal window):

Perform your edits or upgrades, then reboot the system (via Pi→Shutdown with the GUI, or sudo reboot from the command line). It will be back in its read-only state.

If you need to permanently restore read/write access, you must first use the temporary step above, then can navigate to the same GUI or raspi-config settings, selecting “Read-write” for the GUI option, or “No” for the raspi-config write-protect question. Then reboot and the system’s back to normal, with permanent read/write access.

If you have enabled read/write access to /boot, whether temporarily or permanently, always wrap up your session with an orderly shutdown or reboot.

Test the modified system extensively to make sure that the system boots and your application runs as intended. If it doesn’t…does the software you’re using rely on temporary files in the /boot partition? Maybe it can be adjusted. 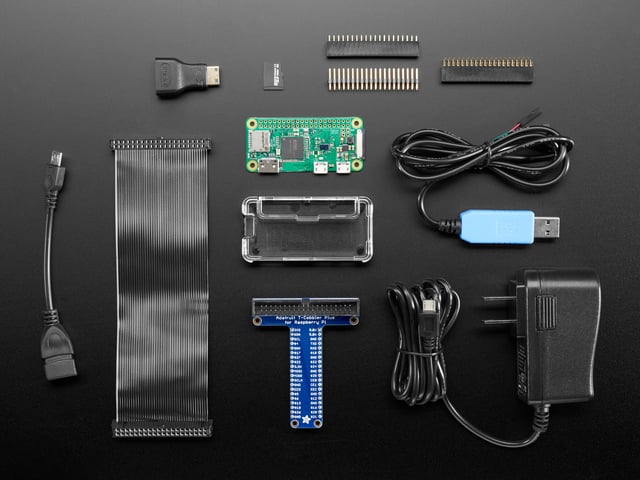