You'll need the following hardware and tools to build this project:

First make sure to assemble your PN532 breakout by following its guide here.  The headers and jumpers need to be soldered to the breakout so that it can connect to a breadboard and the Raspberry Pi.

You'll also need to change the jumpers on the breakout so that the board is configured for SPI communication.  Move SEL0 to OFF and SEL1 to ON like the picture below shows: 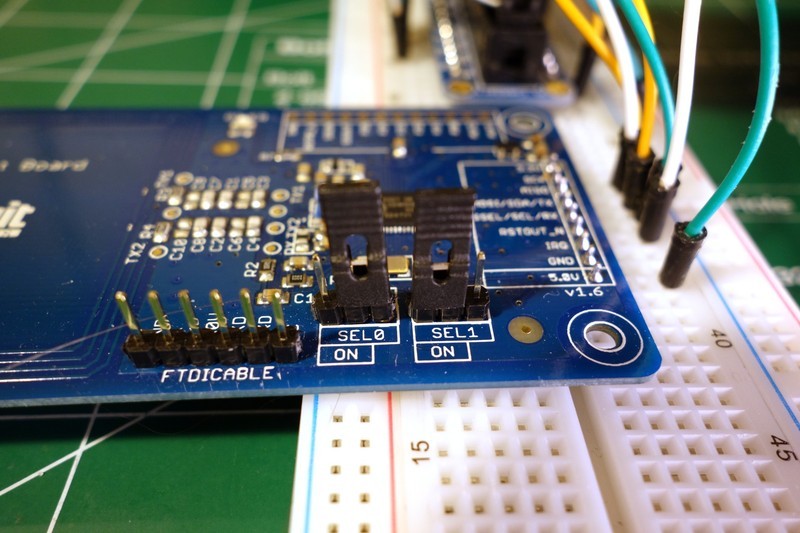 Then wire up the PN532 breakout to the Raspberry Pi as shown in the diagram below: 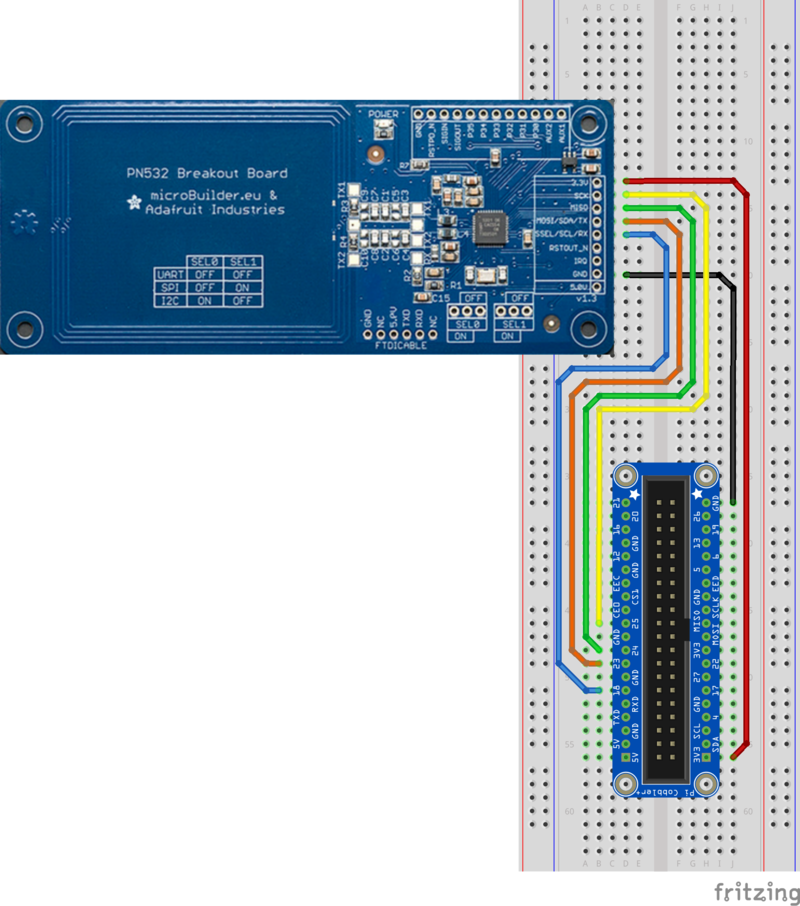 Make the connections as follows:

This wiring will connect the PN532 to the Raspberry Pi using a 'software SPI' connection that just uses digital input and output pins for the connection.  Software SPI is simple, flexible and fast enough for our needs in this project.

Also note that unlike connecting to an Arduino, you don't need to use any level shifters to convert 3.3V to 5V and vice versa.  The Raspberry Pi GPIO runs at 3.3V and can connect directly to the PN532!

Once the PN532 is wired to the Raspberry Pi, continue on to learn how to install a Python library that talks to the device.