To start with, let's load the completed version of Marble Labyrinth and try it out. 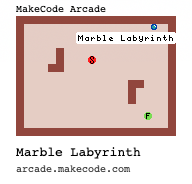 Start by launching MakeCode Arcade using the Google Chrome web browser. Then, download the arcade-Marble-Labyrinth.png image cartridge file above by right-clicking on the image and saving it to your computer.

Try out the game before we look at how it works. You can simply hover the mouse over the simulator window to "tilt" the game console around to play.

Here's a minimum viable example of using the accelerometer to move a ball around the screen: 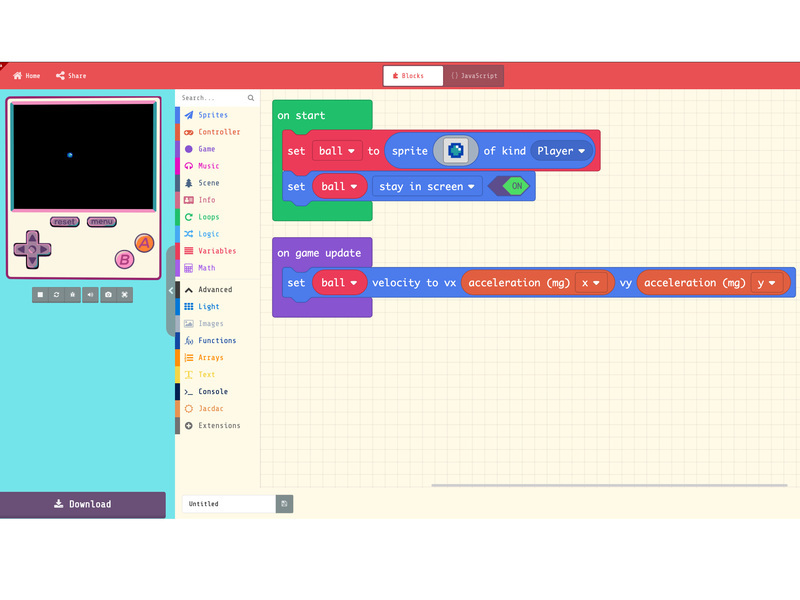 Fall in a Hole

Just like the original, real-world game, Marble Labyrinth is hard! When the player over-corrects and steers the ball right into a hole, here's what happens: 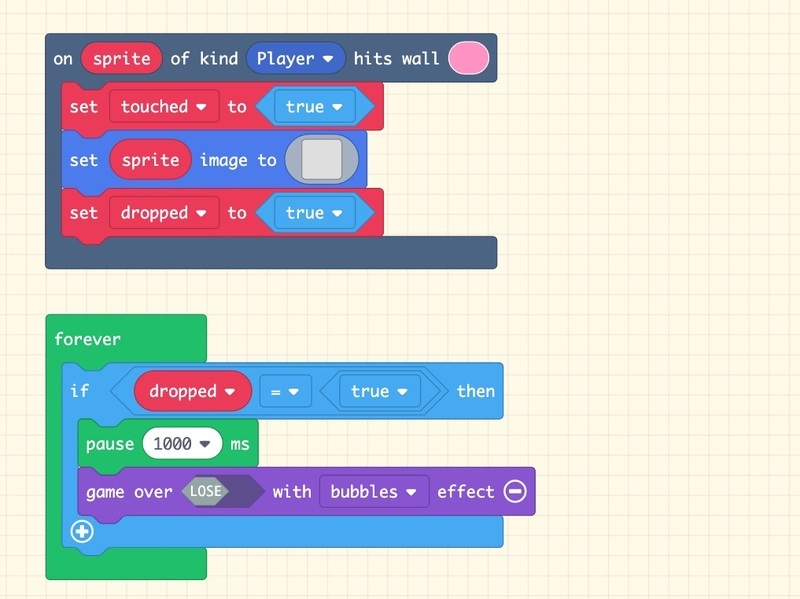 Completing a Level/Winning the Game

When the player gets the ball to the Finish tile, here's what happens: 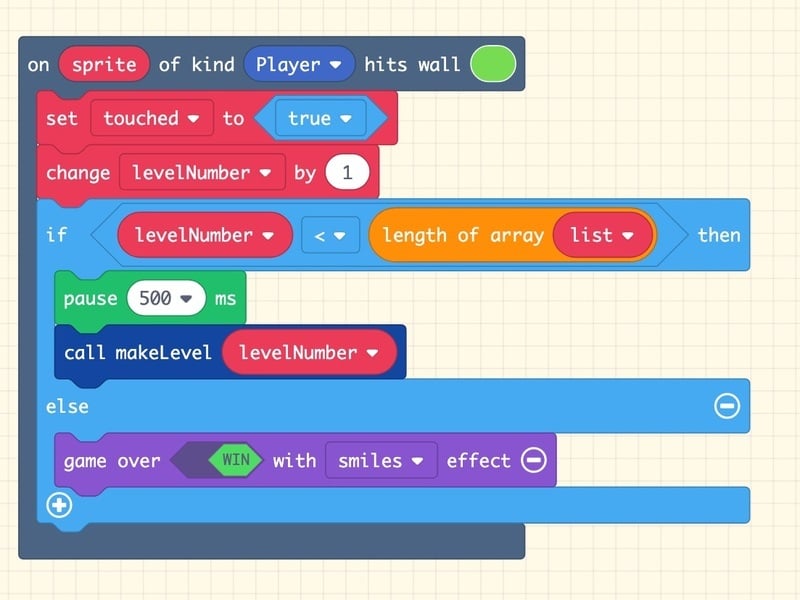 Now, load the game onto your PyGamer or PyBadge as shown in the following pages and have some fun! Any time you like, you can create new levels to create new challenges!

This page (Code Marble Labyrinth in MakeCode Arcade) was last updated on May 17, 2021. 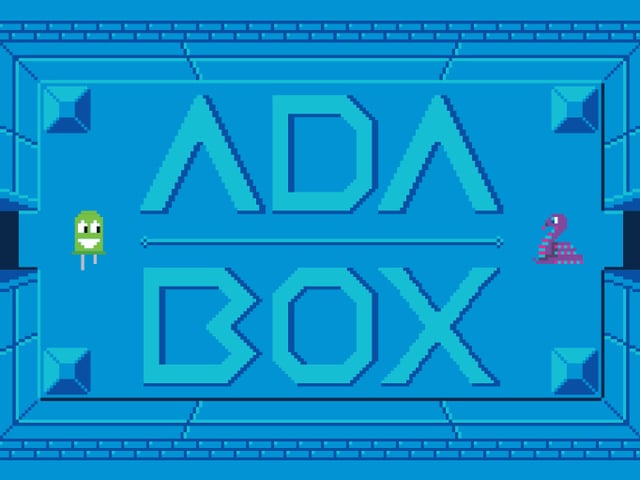