You may have seen the turtle graphics library that ladyada ported to CircuitPython and thought, "Wow, that's cool! But can I do that on 30+ year old hardware?" Or if you're above a certain age you may remember doing something similar in school on an Apple II.

Let's set up an Apple II emulator and run old school Logo to make our own turtle graphics!

Logo goes back much earlier than the Apple II, it was developed in 1967 by Cynthia Solomon, Wally Feurzig, and Seymour Papert. That's five years before C and 24 years before Python! The three worked at Bolt, Beranek, and Newman (BBN), famous for all kinds of other computing history. BBN built the first Interface Message Processors (early routers) in 1968 for the ARPANET, which would evolve into the modern internet. 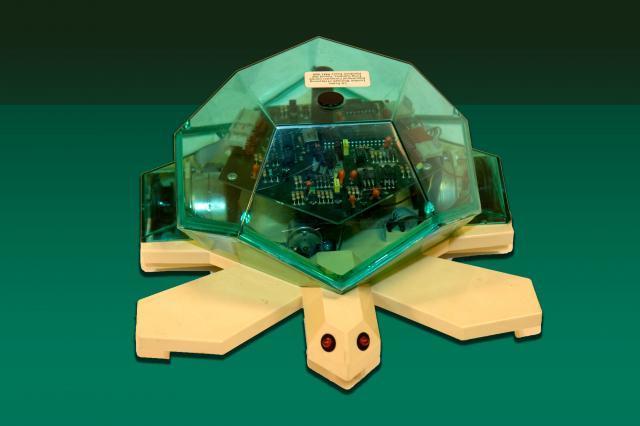 Logo includes commands used for drawing on the screen using a cursor known as a Turtle. Small robots called Turtles had been developed as far back as the 1940s to teach mechanical engineering and computer science. Logo uses a virtual turtle on the screen and can be linked to a physical turtle which moves in response to commands. When people remember Logo they usually talk about the Turtle graphics. 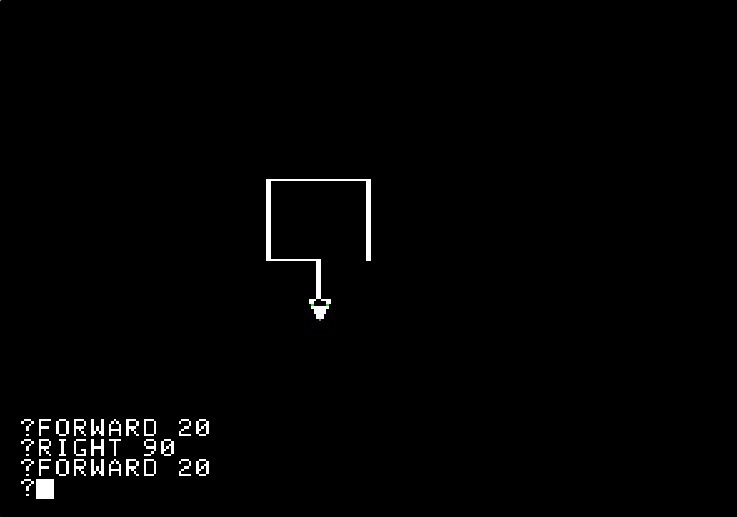 Enough with the history lesson, let's get started! 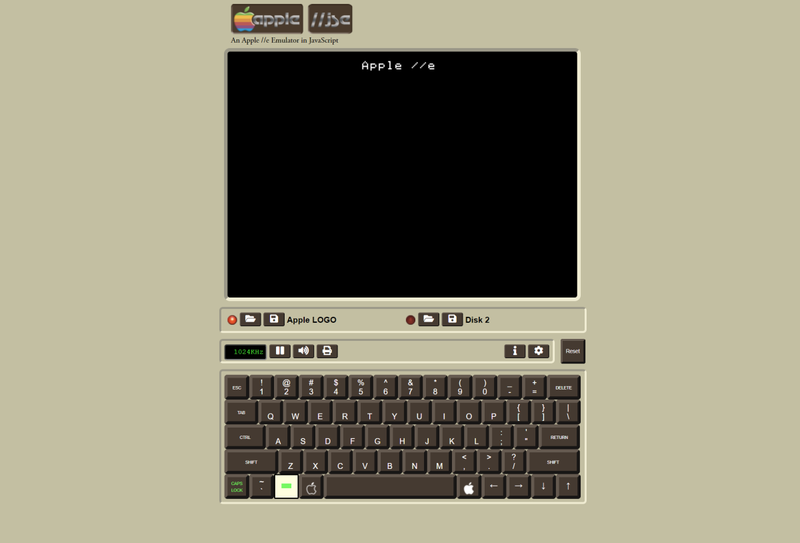 The easiest way to get started is to use a Javascript Apple II emulator (shown in an image above). This one even has Logo ready to go: https://www.scullinsteel.com/apple//e#logo

If you'd like to set up a native emulator on your system, keep reading. Otherwise you can use the Javascript one above and skip ahead to the next section.

AppleWin is a good choice for Windows systems and it's open source! Get the latest version here: https://github.com/AppleWin/AppleWin/

Just extract the zip file and it's ready to go.

For Linux you can run LinApple, a port of AppleWin.

There's also EPPLE II which runs on Windows, Mac, and Linux, and is also open source. It's a little harder to get set up and running. You'll probably need DskToWoz2 to convert disk images to the Woz format that EPPLE II uses.

LinApple has also been optimized for the Pi, check out linapple-pie.

For these emulators, you'll need the disk images for Logo, those can be found at Apple2Online.

When you first start Logo you'll reach a ? prompt. From here you can enter Logo commands. 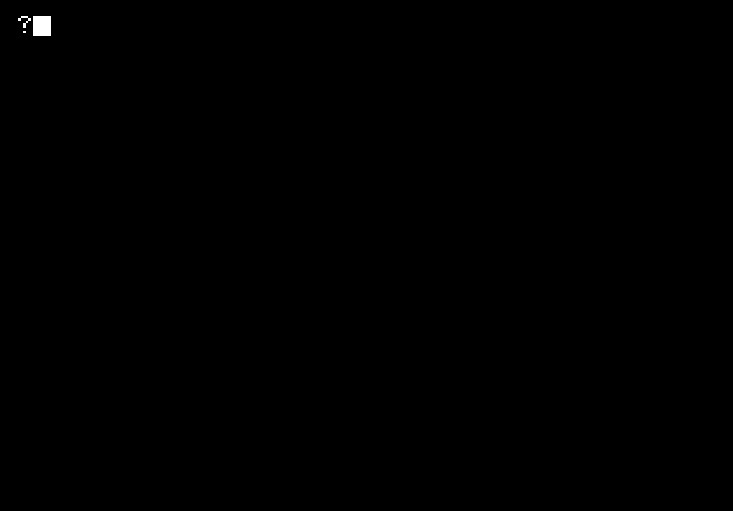 We could write Hello, World, but that's boring. Let's get straight to the good stuff and draw some Turtle graphics!

Type in this line and watch the Turtle go! It will take quite a while to finish if your emulator is running at normal speed:

You can see the results at the bottom of the page.

Now that we've done something cool, let's unpack it and see what the commands did. REPEAT takes a number and a list, then it runs the list that many times. With the first one we're repeating whatever is in the list 20 times. A list is contained in square brackets and is made up of Logo objects, in this case we have two commands: another REPEAT with its own list and RT 18.

The inner REPEAT has its own list, [FD 1 RT 2]. These two commands are shorthand versions of turtle commands FORWARD and RIGHT. It tells the turtle to move forward one unit, then turn right 2 degrees. Repeat this 180 times and you get a circle (2 degrees * 180 = 360)! After completing the REPEAT there's another RT, so once the circle is done we turn right 18 degrees. See where this is going? Repeat that 20 times and you get another circle (20 * 18 = 360). Now we've got a circle of circles!

You can clear the screen by typing CLEARSCREEN. Try doing REPEAT 180 [FD 1 RT 2] and you'll see one component of the larger drawing that we just made.

Here's an overview of some turtle commands and their shorthand equivalents:

HOME - Move back to the home position.

BACK steps - Move back steps. (BK)

SETHEADING degrees - Turn to an absolute heading of degrees. (SETH)

SETPOS [x y] - Set the position to x, y coordinates. These are Cartesian, so 0,0 is the middle of the screen. 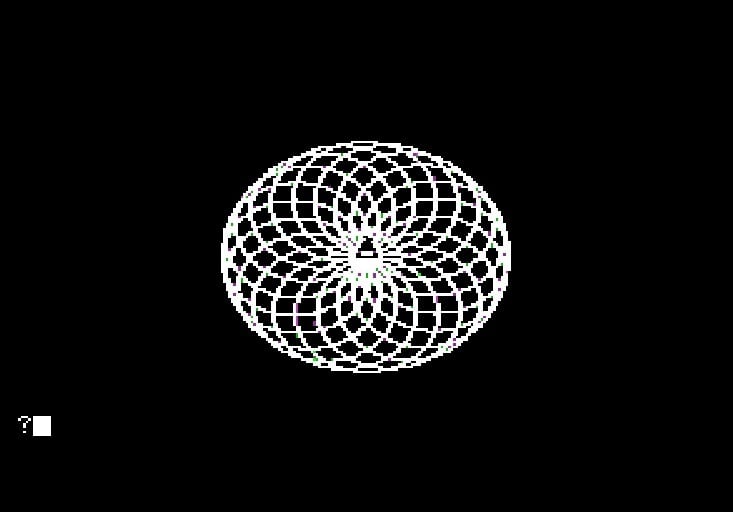 Logo has some of the basic language features you'd expect - variables, functions, and conditionals.

Define a variable using MAKE name value. Logo normally interprets any word as a procedure call, so to use a literal word you can prefix it with a double quote.

You can use a variable by prefixing the name with a colon:

Variables created with MAKE are global. The only local variables in Logo are procedure arguments.

Logo functions are called procedures, and they're defined like this:

To run it, just type the procedure name:

Procedure arguments are defined by listing them after the procedure name:

If you want to delete a procedure, use the ERASE command.

You can break this down a bit using TEST, IFTRUE, and IFFALSE. TEST test will save the result of test and use it for any calls to IFTRUE and IFFALSE.

Let's put these together and draw something. First we'll define a square function:

How about a hexagon?

Now let's put them together and draw something.

RANDOM num will output a random number from 0 to num. Here we use it to decide whether to draw a square or a hexagon.

That's a pretty simple example, see what you can do with Logo! There are a lot more features and we can't cover them all here, check out the Logo manuals in Resources for a full reference. 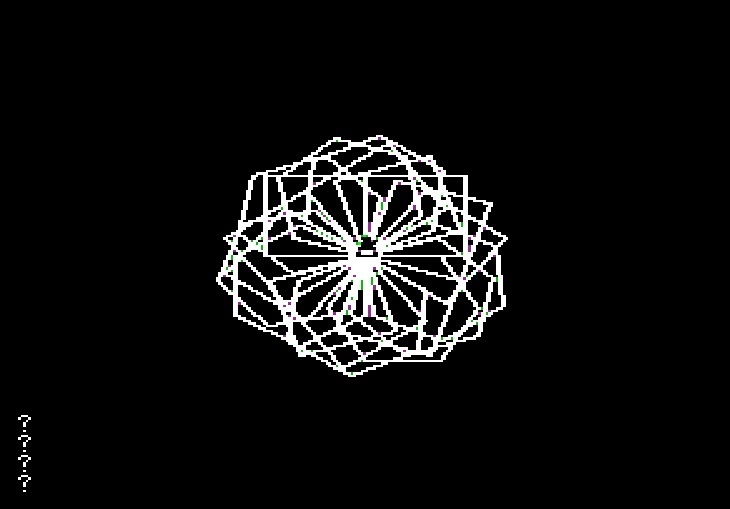 Apple Logo II Reference Manual - Logo II was a later version, but most of the manual is still applicable to the original one that we're using.

Introducing Logo for the Apple II, TI 99/4A, and Tandy Color Computer 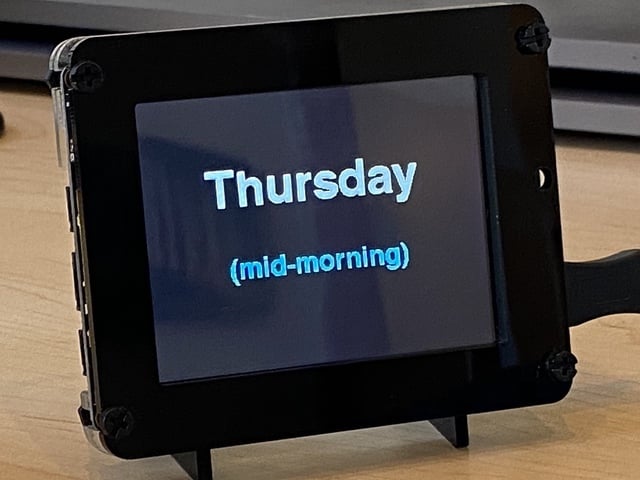 Do you know what day it is? Check your quarantine clock!
Brent Rubell

5
Beginner
Are you writing CircuitPython code that takes typed in commands? This guide walks through the creation of a GNU Readline style command line editor in pure CircuitPython that uses VT100/ANSI key and control codes.
Dave Astels

A CLI in CircuitPython