Guides for product: GPIO Ribbon Cable for Raspberry Pi Model A and B - 26 pin

That new Raspberry Pi® Model A or B computer you just got has a row of 2x13 pin headers soldered on - those are the GPIO (general purpose input/output) pins and for those of us who like to hack electronics they are where the real fun is. By programming the Pi, you can twiddle those pins high or low, send and receive I2C and SPI data, and access the 3V and 5V power rails. This cable is not compatible with the Raspberry Pi Model B+

If you want to bridge those contacts out onto another PCB, you'll want this cable! It's 6" long and has 26 socket & wire sets. Pin #1 is marked with a white wire. If you have one of our nice Pi Box cases, you can even have this plugged in while the case is closed by passing the ribbon cable through the slot on the side.

What is the Raspberry Pi® ? A low-cost ARM GNU/Linux box.

The Raspberry Pi® is a single-board computer developed in the UK by the Raspberry Pi Foundation with the intention of stimulating the teaching of basic computer science in schools. The design is based on a Broadcom BCM2835 system on a chip (SoC), which includes an ARM1176JZF-S 700 MHz processor, VideoCore IV GPU, and 256 megabytes of RAM. The design does not include a built-in hard disk or solid-state drive, instead relying on an SD card for booting and long-term storage. The Foundation plans to support Fedora Linux as the initial system software package/distribution, with support for Debian and Arch Linux as well - Wikipedia. 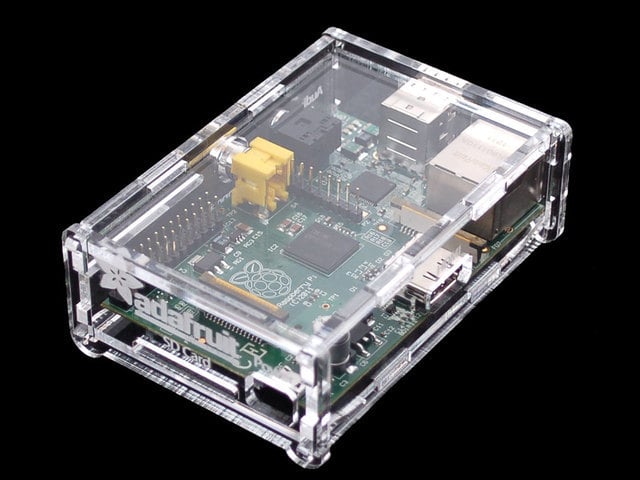 The best enclosure for a Raspberry Pi!
Ruiz Brothers

Retropie in your pocket!
Ruiz Brothers