Arduino Yún is the first member of a new groundbreaking line of wifi products combining the power Linux with ease of use of Arduino.
Yún means “cloud” in Chinese language as the purpose of this board is to make it simple to connect to complex web services directly from Arduino.
The first Arduino Yún is the combination of a classic Arduino Leonardo (based on the Atmega32U4 processor) with a Wifi system-on-a-chip running Linino (a MIPS GNU/Linux based on OpenWRT).

Designed in collaboration with Dog Hunter, a company with extensive experience with Linux, the board adopts the linino distribution which provides signed packages to ensure the authenticity of the software installed on the device.

We embedded the Linux machine directly on the PCB of the Arduino Leonardo and we connected the two so that from Arduino it's very easy to run commands on the Linux side and use it as an Ethernet and Wifi interface.

Historically, interfacing Arduino with complex web services has been quite a challenge due to the limited memory available. Web services tend to use verbose text based formats like XML that require quite a lot or ram to parse. On the Arduino Yún we have created the Bridge library which delegates all network connections and processing of HTTP transactions to the Linux machine.
To make it even simpler to create complex applications, the Arduino Yún comes loaded with the power of Temboo, an innovative startup which provides normalized access to 100+ APIs, databases, and code utilities from a single point of contact allowing developers to mix and match data coming from multiple platforms (for example, Facebook, Foursquare, Dropbox and even FedEx and PayPal).

The board can be programmed with an USB cable in the classic Arduino way or through the Wifi connection without the need to physically access the board. The new Arduino 1.5.4 IDE has the ability to detect any Arduino Yún connected to the local network. Clicking on the name of board and inputting a password is all it's needed to program a board.

This is the first official Arduino made in Asia, in Taiwan, because dealing with a tiny embedded Linux machine and Wifi all on a small board like this requires special equipment and expertise that are easier to find there. 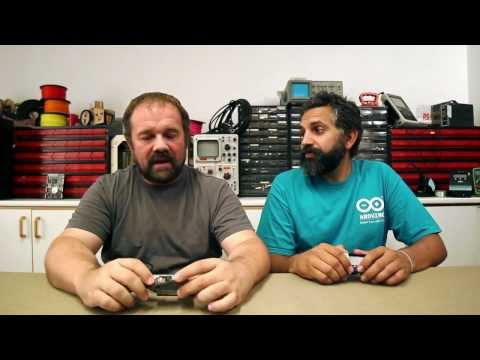 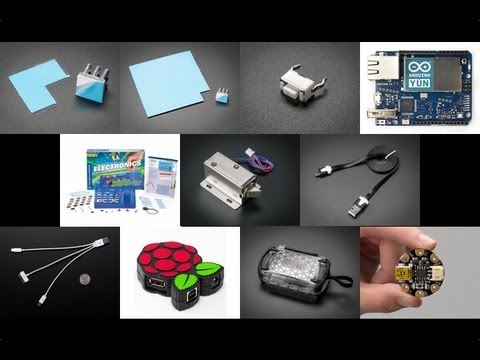 Control NeoPixels through the web to light up a tree for any holiday occasion!
Tony DiCola
WiFi Controlled LED Christmahanukwanzaa Tree
15
Beginner

Show the volume of liquid in a measuring cup on a web page!
Tony DiCola
Smart Measuring Cup
10
Beginner 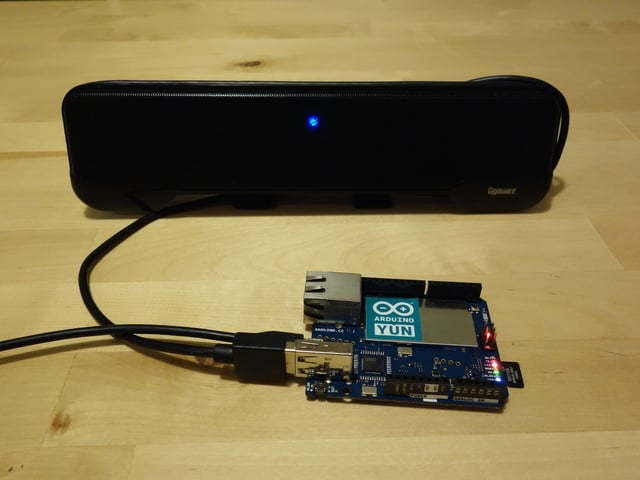 Annoy your friends and coworkers with a soundboard you control over WiFi!
Tony DiCola
WiFi Yun Soundboard
6
Beginner 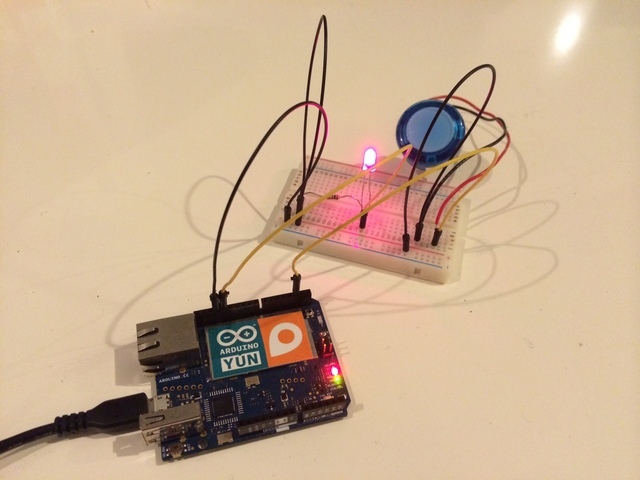 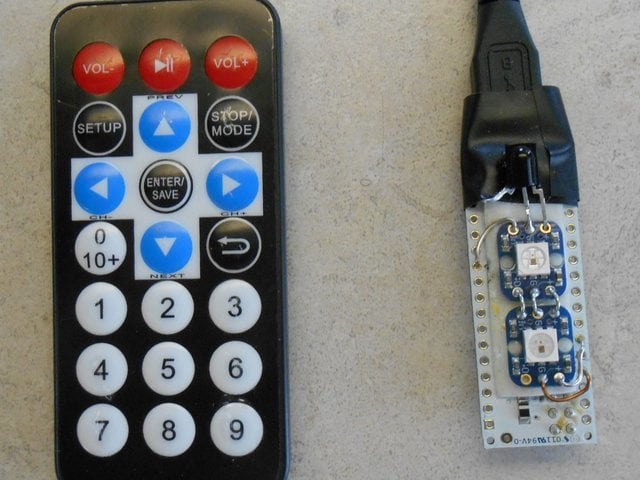 Walk away from the laptop during your PowerPoint presentation with this IR controlled mouse.
Chris Young
Create an Infrared Controlled Mouse with Arduino...
7
Beginner