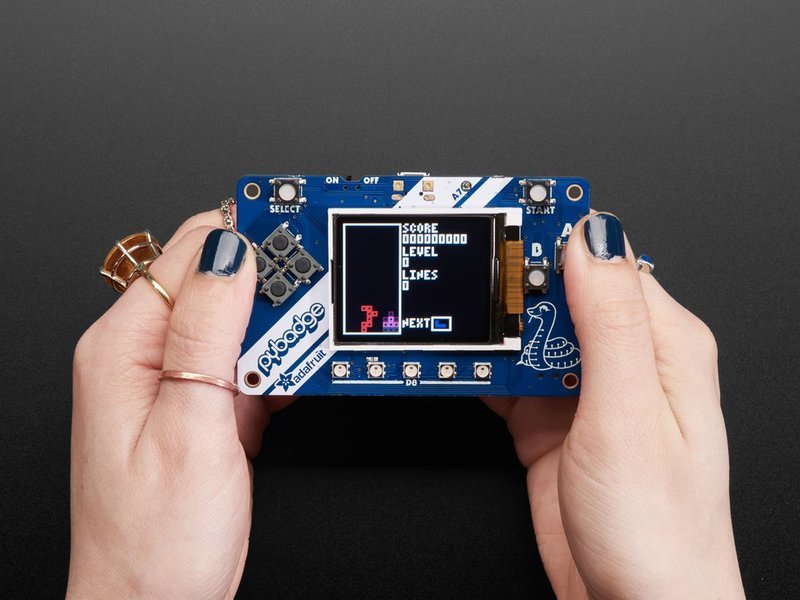 The Gamebuino META is a cool and colorful gaming handheld that features an Arduino-compatible ATSAMD21, 160x128 color TFT screen, speaker, and 8 buttons.  It's an amazing platform for writing small games and is a great looking handheld! 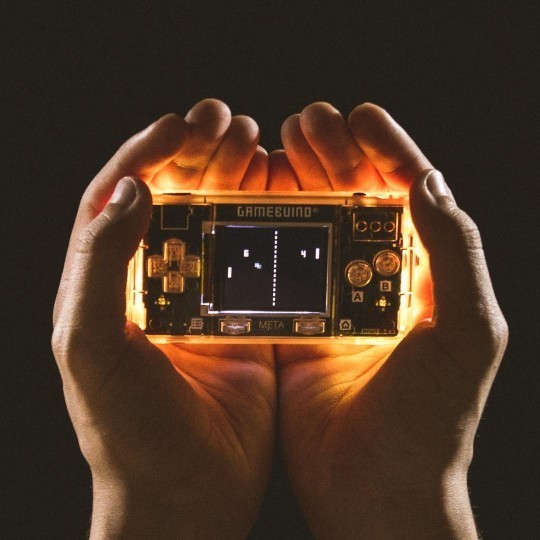 Since Arcada boards, like the PyGamer and PyBadge's are also Arduino compatible, it's easy to compile any Gamebuino games for these boards. The PyGamer/PyBadge have much faster processors with more memory and the same size screen (in fact, it's the same exact screen). We will not be 'emulating' the Gamebuino games - we really will just re-compile them.

The buttons, sound, display all work the same. A huge amount of the hardware interfacing code is all from Adafruit already, so adapting the Gamebuino library from the SAMD21 to SAMD51 was not too difficult!

You can use the SD card on the PyGamer if you like but we will prefer the internal QSPI memory since it exists on all Arcada boards.

The program-from-SD card bootloader wasn't ported, we'll be sticking to the UF2 bootloader we know and love.

The chip on the Gamebuino META (ATSAMD21) and Arcada boards are incompatible so we cannot use the 'bootload-from-SD' distribution system for Gamebuino. Each game must be compiled a-new. However, once it is compiled, you can share the UF2 for your particular board

What can I use?

We use the Arcada Arduino library to interface with the hardware, and can run on:

USB cable - USB A to Micro-B
This here is your standard A to micro-B USB cable, for USB 1.1 or 2.0. Perfect for connecting a PC to your Metro, Feather, Raspberry Pi or other dev-board or...
$2.95
In Stock
Add to Cart
Gamebuino Libraries