NeoPixels are plenty bright, suuuure. BUT ARE THEY 3 WATTS BRIGHT? No! They are not! That's why you need a Pixie. These chainable smart LEDs are not only super-smart, they are ridonkulously bright with 3W total, compared to 0.2W of a 'standard' NeoPixel. Designed by Ytai Ben-Tsvi, these are the ultimate in LEDs. 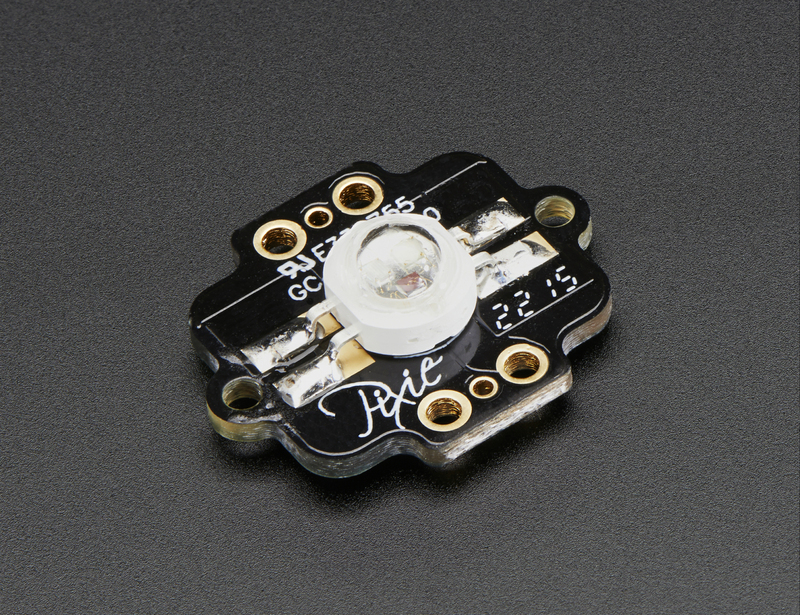 Each Pixie not only contains that aforementioned 3W LED, it also has a Microchip PIC microcontroller. You send it the color you want to appear at standard 115200 baud (1 byte per color). You can send a longer string of pixel data and it will 'forward' along the messages so you can chain them like a shift register. You only have to send the data once per color change. Once set, the microcontroller does all the PWM handling for you.

You do have to send it data every 1 second at a minimum (as a protection against the bright and hot LEDs staying 'stuck on', they will eventually timeout if no updates are received) 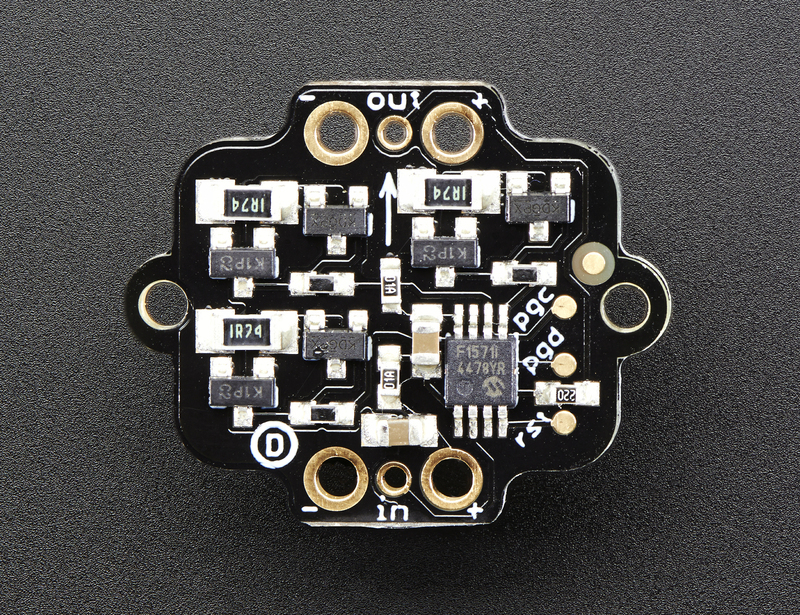 Since the Pixie uses so much power, there's a risk of the LED heating up so much it damages itself and/or the microcontroller. That's why Ytai added a temperature cut-off. When the PIC detects that the Pixie's temperature is too high, it turns off the LED until it gets back down to a reasonable level. 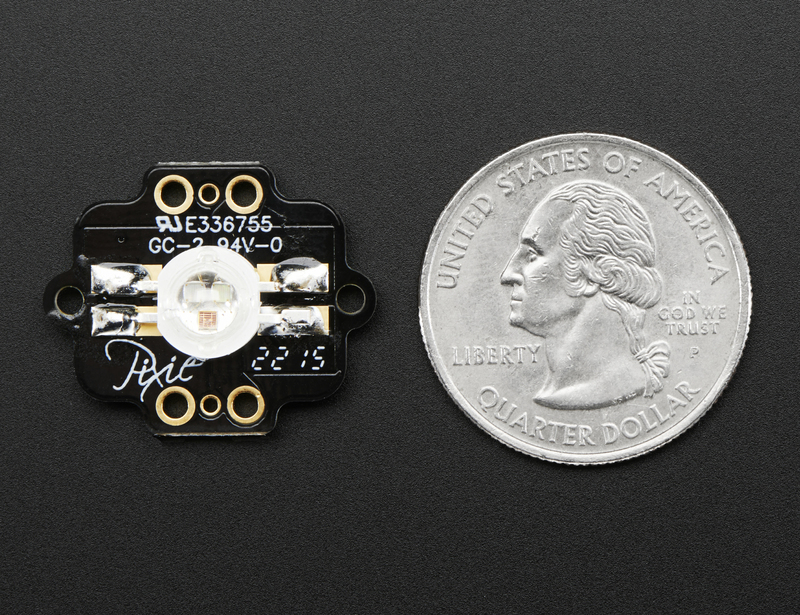 Each Pixie comes fully assembled, with big pads for power wires (don't forget, we're talking about max 1 Amp per Pixie!) and mounting holes on the sides. You'll also need thick wires to power each Pixie and a microcontroller that can send 115,200 baud 8N1 data to the Pixie (on its own, it will not do anything, you must send it data for it to light up)

Our Arduino library is easy to use, has the same API you're used to with our NeoPixel library, and will get you blasting ROYGBIV in 5 minutes or less.