This project lets you dress up a window, Halloween prop or wall decoration with eye-catching LEDs that simulate dripping liquid, but leave no mess behind…it’s a completely dry effect!

Also, just changing the color and the prop, this is perfectly usable for Christmas decor as well. This is one of those “sandbox projects” that can fit wherever your imagination takes it…I’m just really partial to Halloween, so that’s what’s demonstrated here. Raawr!

The idea for this stemmed from three things…

First: the arrival of some crazy skinny NeoPixel strips…just 4mm wide! From any reasonable viewing distance they almost disappear. As explained on the next page, bigger projects may do just fine with regular-size NeoPixel strip, easier to work with.

Second: our NeoPXL8 FeatherWing (distinct versions for M0 or M4 Feathers) is designed to run up to 8 NeoPixel strips concurrently. Most folks focus on the speed of this, but I’d been looking for a project to showcase the topological benefit…that each strand doesn’t need a return line to the next. We use this to make “drips” that end in mid-air.

Each of our “drips” briefly makes a “splat” where it lands…but there’s an air gap there, not a contiguous strip of NeoPixels from top to ground. It’s like a one-pixel version of a film editor’s cutting on action: hero throws knife, cut to villain with knife in his chest. Timed just right, we see a continuous motion out of two separate shots. Similarly, our dot jumps from A to B just when you’d expect, and the brain fills in the story. Brains are hilarious.

Read through the whole guide before making any purchases…it’s full of tips and alternatives, and your build will probably end up slightly different. But in general you’ll need these items: 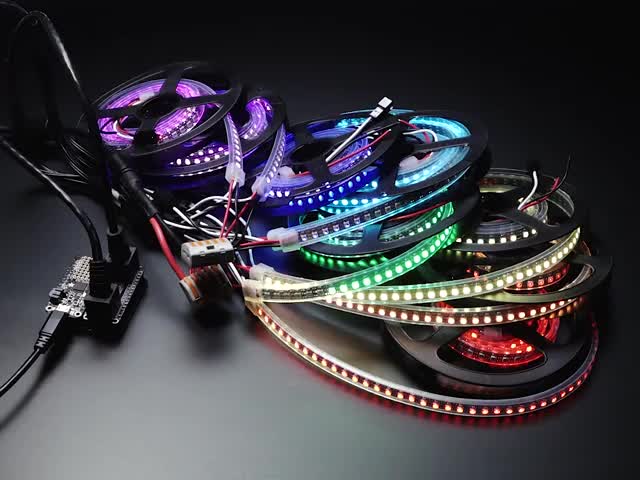 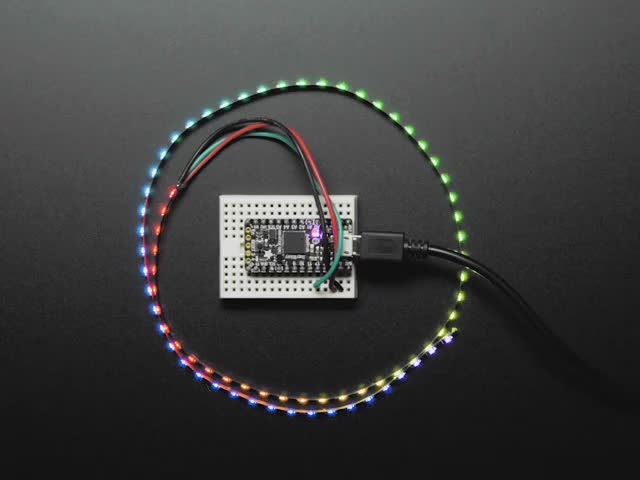 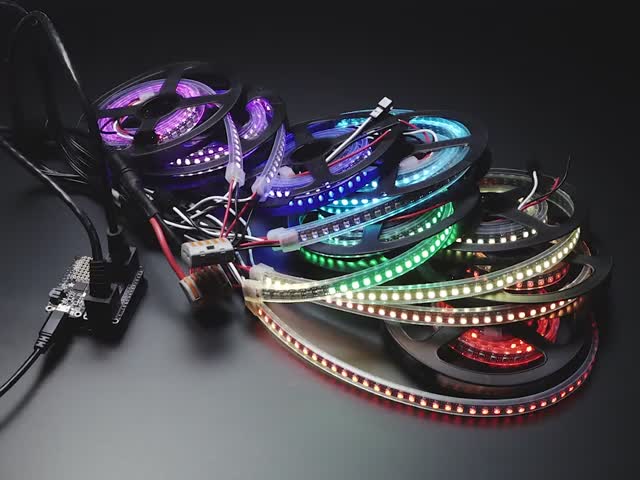 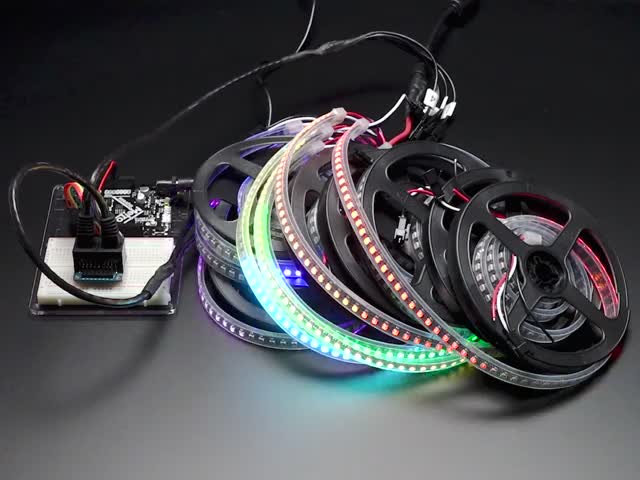