Build a control box with a NeoTrellis and Feather M0 Radio and use it to wirelessly control multiple strands of NeoPixels. Use the FastLED library to add beautiful NeoPixel color effects. With no line-of-sight requirement (like with infrared remotes) and no pairing requirement (like with Bluetooth or WiFi), the LoRa radio control works over long distances and in crowded environments. It's hard to pair to a Bluetooth device when there are 200 phones in the vicinity cluttering up the bandwidth! This controller box will solve that problem.

This project was created for onstage or performance environments, where a portable and easy-to-setup pixel controller can come in very handy. It can also be used to control your holiday lights display, to coordinate costumes at a festival, or for a zillion other applications where you want ultimate wireless NeoPixel control with no interference. 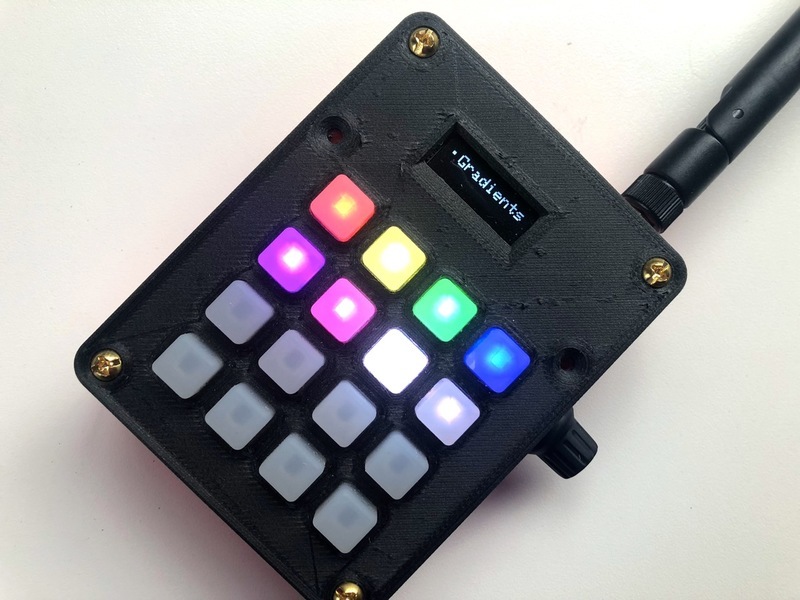 The essential parts for your controller are:

For the receivers you'll need:

In addition to the parts listed above, you'll also need six screws to fasten the enclosure:

And, if you're 3D printing the enclosure, you'll want some PLA filament for that, such as:

I found that black PLA works the best for the face of the controller.  White PLA lets a lot of light bleed through and the NeoTrellis looks better against a dark background. 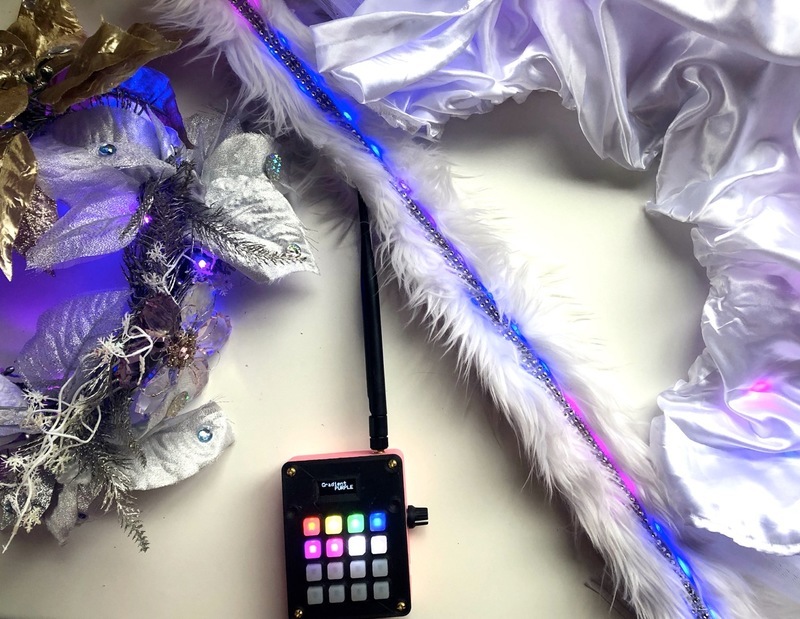 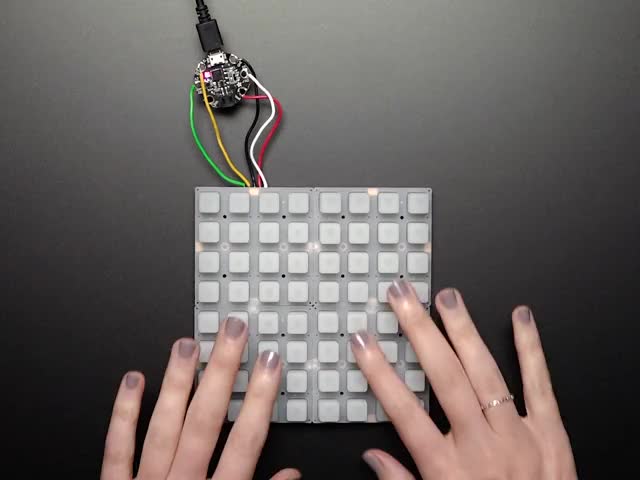