Next up, let’s test the battery and UBEC (voltage converter).

Our rig is powered off 8 AA cells. We think this is the best choice: compact, lightweight, and the cells are fairly inexpensive (even adding a charger) and can be used in other projects and toys. But if you already have a 6 to 23 Volt battery pack from some other hobby (such as RC cars), this can be used just as well.

With NiMH rechargeables, the 8-cell pack provides about 9.6 Volts, while single-use alkalines give about 12V. Either way, the UBEC converts this to 5 Volts DC. The rechargeables are strongly recommended…not just for their reusability, but that they can deliver more current. With alkaline cells, the NeoPixels may go dim or pink on particularly bright images as the battery can’t push enough current.

Connect the battery holder (red+, black–) to the short, thick wires on the UBEC using alligator clips (if you don’t have clips, the wires can be soldered temporarily). Charge the cells and load up the battery holder. If you have a multimeter, test the output voltage (the long, thin wires from the UBEC). It should be around 5 Volts, give or take a little…possibly a little higher, since the circuit isn’t under load yet.

If you don’t have a multimeter, a basic pass/fail test can be done with an LED and resistor (150 to 500 Ohm) in series. You may need to get creative with whatever combination of jumper wires, breadboard and/or alligator clips you have on-hand. Remember that LEDs have a specific polarity — the longer leg should connect to the red (+) wire. 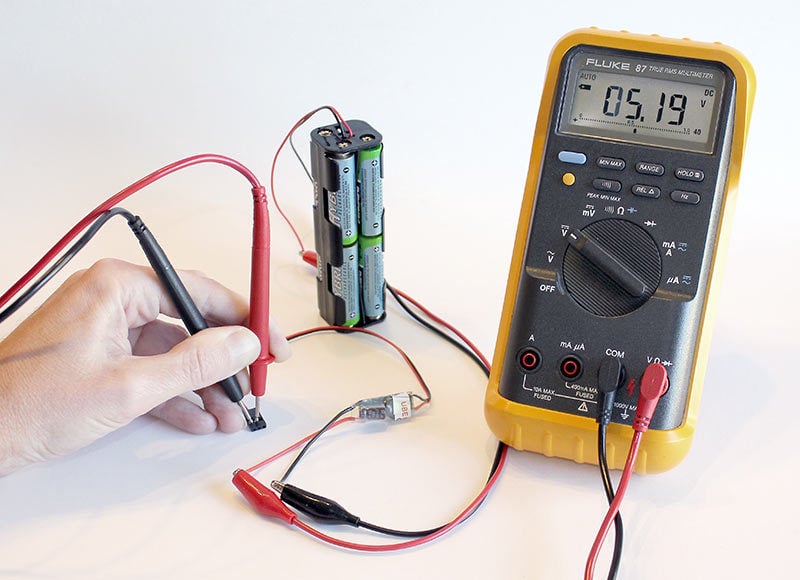 The UBEC can deliver about 3 Amps of continuous current, or a little more for very short intervals. A single NeoPixel can draw up to 60 milliamps…that’s not much, but with many pixels, it quickly adds up. 144 NeoPixels (1 meter of our high-density strip) can potentially demand over 8 Amps! This far exceeds the UBEC’s capabilities, so the software limits the brightness to a reasonable power limit.

There’s a setting in the code for using a more powerful UBEC for extra brightness (RC hobby shops may have these). But really, the 3A UBEC is still plenty bright for most things, you're not missing out.

I’m reading 0V out from the UBEC (or the LED test isn’t working)
If it’s still not working, refer to the Adafruit Customer Support Forums for assistance. If possible, post a photo clearly showing the parts and connections. We’ll arrange for a replacement if the battery holder or UBEC is defective.
At this point, the Arduino, SD shield and card, NeoPixel strip(s) and power source are all separately tested and confirmed working. Do not proceed until this is the case. Troubleshooting a defective part in an assembled rig is difficult to impossible - especially once it's all glued in place
Test NeoPixel Strip Build Frame 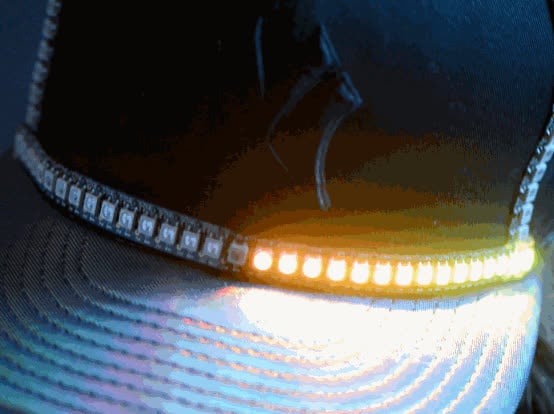 How to Choose a Microcontroller
By mike stone
47
Beginner