The theory of operation of the Adafruit MP3 library is simple. After instantiating your Adafruit_MP3 object, call player.begin() from your setup function. This does necessary timer and buffer setup.

The library uses a timer set to fire whenever a new sample should be played. For most MP3 files, this is 44.1 kHz. When this timer fires, a user-specified function is called. This function should write the samples to the DAC. This function is specified with

Where writeDacs is a function:

This function is called from an interrupt, so it should be short and sweet. It's getting called 44,100 to 48,000 times per second for most MP3 files.

Another callback needs to be specified with instructions for loading the MP3 data into the players input buffer. This is specified with

where getMoreData is a function:

This function should not take too long (especially if it needs to disable interrupts on the microcontroller) to avoid choppy playback.

Once these two callbacks are specified, the 'tick()' function needs to be called as fast as possible from within your 'loop()' function.

The addition of DMA support would be awesome, we have not done that yet :) 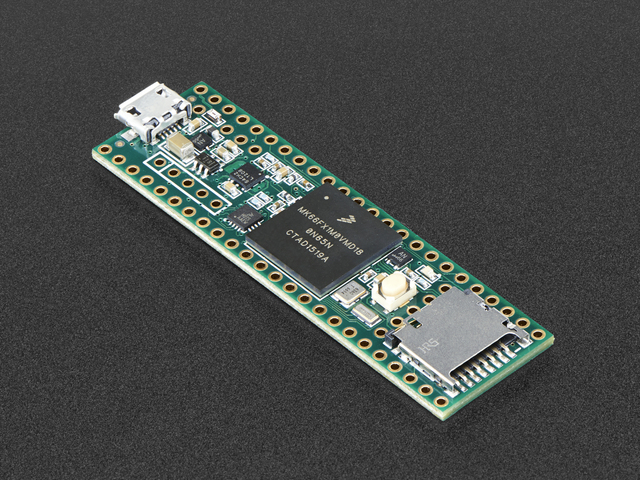 Teensy 3.6 without headers
Out of Stock

How to Choose a Microcontroller
By mike stone
62
Beginner