The setup: You're running an escape room, or a magic trick, or a uniquely themed Wild West baby shower. You've cast your participants/game players/soccer moms & dads as Old West gamblers.

The puzzle: A clue leads them to a sealed deck of poker cards and two rules to follow:

The payoff: Later, the players/gamblers find a new clue that instructs them to "toss the deck to hear the key". Being highly clever, they try literally throwing the deck into the air and -- BEHOLD! -- when the deck reaches a state of freefall, the distinctive beeping "dits" and "dahs" of a Morse code message begin to emanate from within the pack of cards. They catch the deck and begin to transcribe the message, an important solution to the puzzle.

Thus is unlocked the mystery of The Freefall Deck! 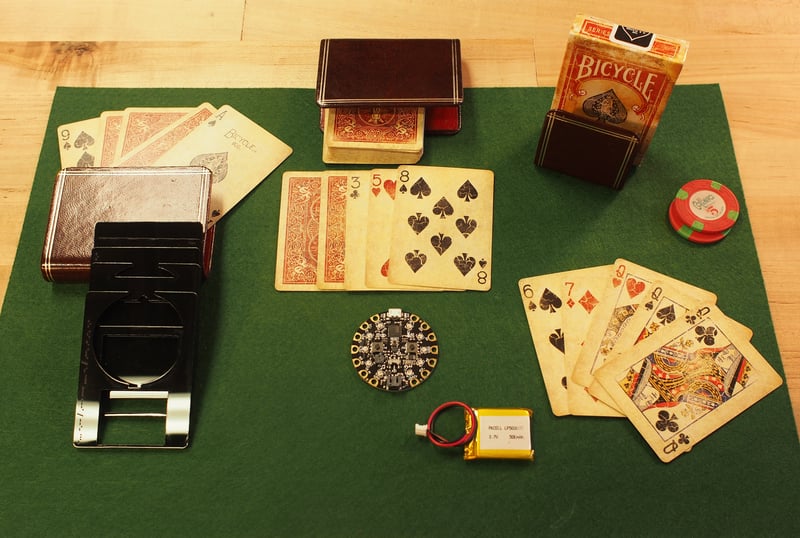 The Circuit Playground is a powerful, compact, and capable device, making it ideal for building magic tricks, mystery boxes for escape rooms, and other wondrous effect. We'll use its built in accelerometer to detect the state of freefall and its on-board speaker to send the Morse code message.

We'll also use a small battery, a deck of Bicycle playing cards, and some wood, cardboard, or acrylic to make the cutout deck insert to hold the electronics inside the card box. Some hot glue will allow us to reseal the box and wrapper.

Optionally, you can use a small scale and calipers to precisely match the weight and thickness of the original cards. This is probably bonkers. 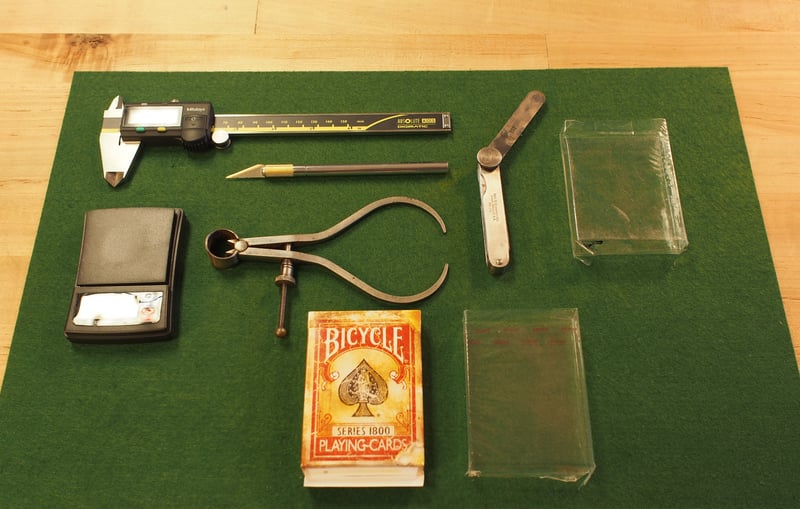 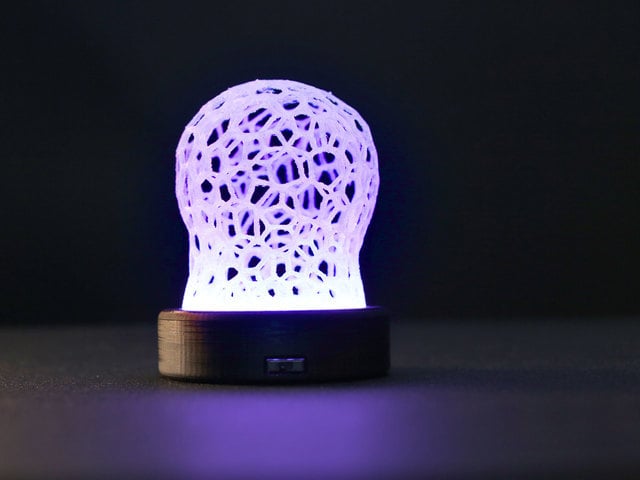