Skip to main content
MPR121 Capacitive Touch Sensor on Raspberry Pi & BeagleBone Black Raspberry Pi Virtual Keyboard
This tutorial may be outdated. It is no longer recommended for beginners, and may need modifications to code or hardware that is not indicated in the tutorial.

The examples in this guide are no longer supported. Check out the MPR121 sensor guide for CircuitPython and Python usage: https://learn.adafruit.com/adafruit-mpr121-12-key-capacitive-touch-sensor-breakout-tutorial/overview

One great use for the MPR121 is as a capacitive touch keyboard, where pressing a touch input causes a key to be pressed on a Raspberry Pi.  This is kind of like a Makey Makey but built right into the Pi using just the MPR121 and some special software.  You could for example configure the MPR121 to act as a giant gamepad that controls games on the Raspberry Pi!

To use the MPR121 as a virtual keyboard you'll first want to make sure you've followed the earlier pages in this guide to connect the MPR121 to the Raspberry Pi and install the software.

Next you'll need to add one additional wire to the MPR121 setup.  This is to connect the MPR121 IRQ line to an input on the Raspberry Pi so the software can quickly detect when an input has been touched without having to continually poll the MPR121 (which takes a lot of CPU!).

By default the virtual keyboard example assumes input #26 (only exposed on the Pi Model A+ or B+!) is connected to the IRQ line.  If you're using an earlier Pi, connect the IRQ line to any free digital input on the Pi, such as input #18.

Now open a terminal on the Raspberry Pi using SSH and execute the following commands to install a few dependencies required by the virtual keyboard script:

After the dependencies are installed navigate to the MPR121 library examples folder again.  Open the keyboard.py script in a text editor such as nano by executing:

Now scroll down to the key configuration near the top of the file:

The KEY_MAPPING variable is a dictionary that maps an input number on the MPR121 to a keyboard button that will be sent when the input is pressed.

For example the code above configures input 0 to the UP key, input 1 to the DOWN key, input 2 to the LEFT key, etc.

Adjust the inputs and key codes depending on your needs.  Most of the key codes are self explanatory (i.e. the key code for the letter Q is uinput.KEY_Q), but if you are unsure of an input you can find the name of a keycode in the Linux input header here.  Take the key name and add uinput. to the front of it to get the key code that should be in the configuration above.

If you need to add more inputs you can add them as new lines after input 7 above.  Be careful to make sure each new line ends in a comma so the python dictionary is defined correctly.

Also if you had to connect the IRQ line to a different input than #26, be sure to set the IRQ_PIN value to the input number you are using.

Now run the program by executing:

After a moment you should see a message displayed that tells you to press Ctrl-C to quit the program.  If you press inputs to the MPR121 they should send the keys you've configured to the Raspberry Pi!

Note that you won't see any output from the program when keys are pressed.

Quit the program by pressing Ctrl-C.

You should see a response such as:

Now run a game or other program that relies on keyboard input.  Try pressing inputs on the MPR121 and you should see them register as keyboard presses!

To stop the background process you'll need to tell Linux to kill the python keyboard.py process that was launched in the background earlier.  If you remember the process ID number you can skip below to the kill command.  However if you forgot the process ID number you can find it by executing a command like this to search all running processes for the keyboard.py script:

You should see a list of processes such as:

The first line with 'sudo python keyboard.py' is the background process that was launched earlier.  You can kill this process by running:

If you run the ps command above again you should now see the python keyboard.py processes have terminated.

That's all there is to using the MPR121 virtual keyboard on a Raspberry Pi.  Have fun using the capacitive touch buttons to control your own games and programs! 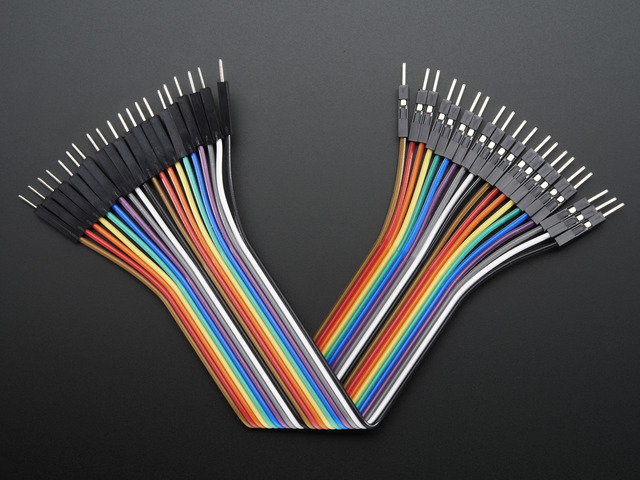 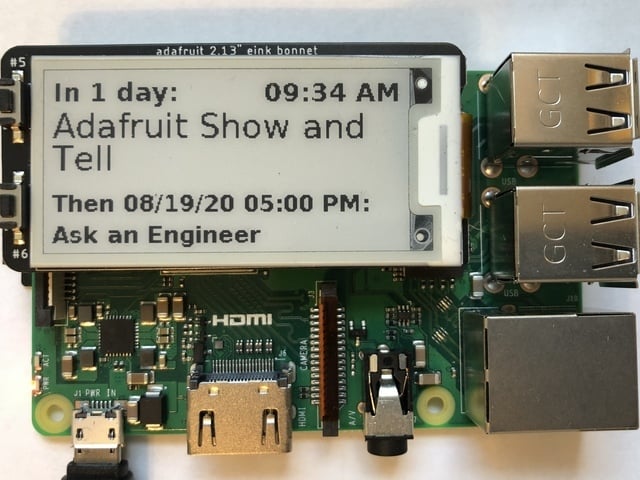 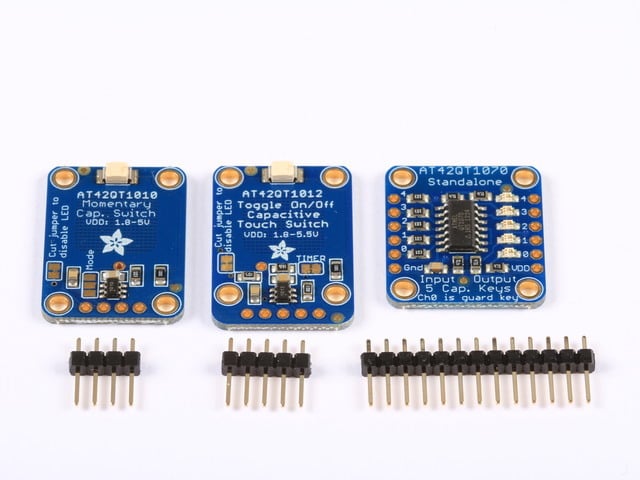