A long history of boosting

The mintyboost is one of our oldest projects, and has evolved to work with more and more products. Here are the differences between the many versions!

(Schematic is essentially the same as the v1.1 but without R4 and R5)

Documented in the process page, this kit used the MAX756 boost chip from Maxim, and could provide about 100-150mA output at 5V. There were no data line resistors for pulling up or down but it worked with most things. 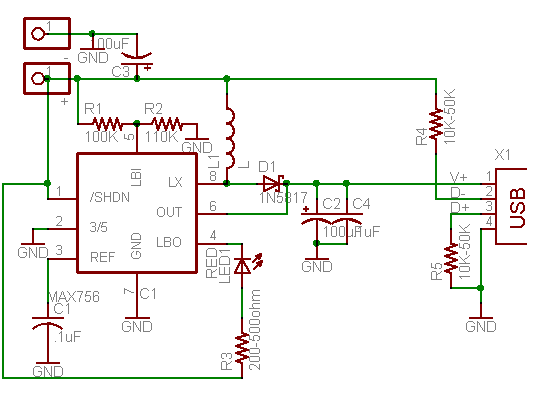 After a few months it became clear that some devices especially Apple music players, needed pullup/down resistors, so a new version that could fit 1 pullup and 1 pulldown was designed. This version still used the MAX756.

(Schematic is essentially the same as the v1.1 but with an additional resistor slot from D- to ground)

Turns out that some devices wanted two pullups on either data pin, so version 1.2 had an option to use D+'s R5 resistor as either a pulldown or pullup. This version still used the MAX756. 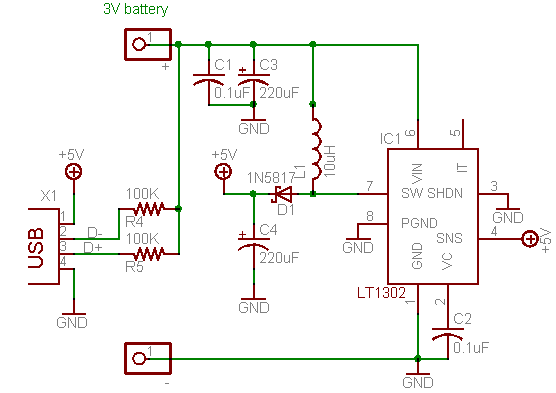 Smartphones started coming out and becoming popular, and devices with massive batteries, which meant that charging at 100mA was a no go. The mintyboost was then upgraded to the LT1302, a more expensive chip but one with a nice 500mA output ability!

This version worked pretty well for a very long time until about the iPhone 3Gs came out at which point Apple became a lot pickier about 'authorized' chargers. 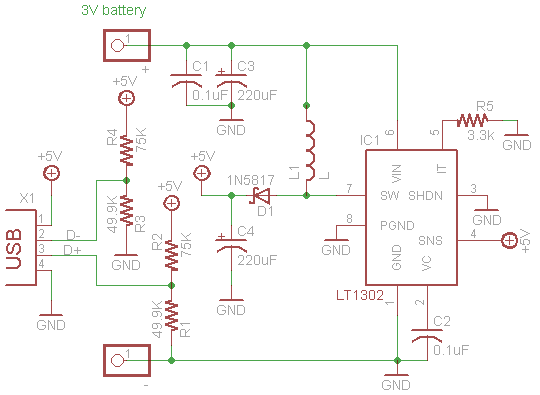 To improve compatibility with the latest smartphones and Apple devices, the charging protocol was reverse engineered so that the Mintyboost would be more universal. The pullup/down pins were also changed a full resistive divider which made it work with LiPoly batteries and Apple devices. Still uses a LT1302 chip.

A 3.3K pulldown R5 was also added to turn off low-power 'boost mode' in the LT1302 chip, this improved high-drain handling at the risk of lower efficiency at low current draw. However, at this point, almost all devices have large batteries (> 500mAh) and require high charge rates.
iCharging Download 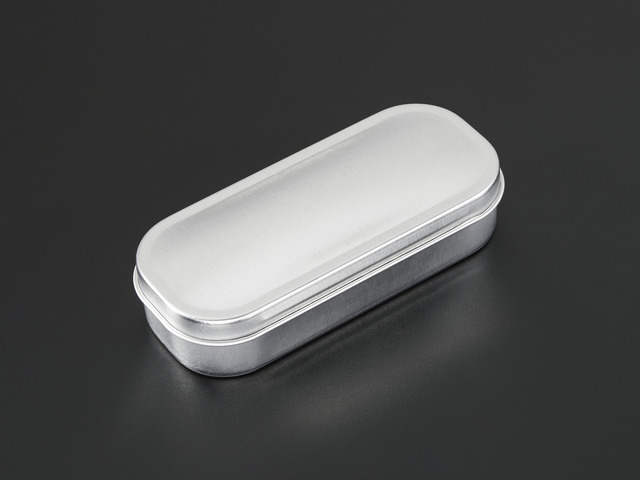