Skip to main content
MicroPython Hardware: Analog I/O Pulse-Width Modulation
This tutorial may be outdated. It is no longer recommended for beginners, and may need modifications to code or hardware that is not indicated in the tutorial.

Pulse-width modulation (PWM) is a way to use a digital output (i.e. one that is only on or off) to simulate an analog or varying voltage output.  PWM works by turning a digital output on and off very quickly.  So quickly that the component connected to it can't tell the output signal is changing, instead it just sees the 'average' of how long the signal is on vs. off.  If the output is turned on for slightly longer then it's turned off it will appear to be a higher value.  Controlling how long the signal is on vs. off, or the duty cycle, allows you to smoothly control the output values.

One great example of using PWM is to dim a LED between full and no brightness.  If a PWM signal is fast enough (changing more than about 60 times a second) the human eye won't be able to see the LED turning on and off quickly.  Instead the eye will see a brighter light the longer the PWM signal is turned on vs. off.  Using PWM you can control the brightness of a LED so that it pulses and glows in interesting ways instead of just blinking fully on and off.

Note that PWM control in MicroPython is somewhat in flux and varies greatly depending on the board.  This example will only look at MicroPython on the ESP8266 as it has a simple PWM interface, however be sure to consult the documentation for other boards to learn how to use PWM:

Wire up the components exactly the same as from the blink a LED guide: 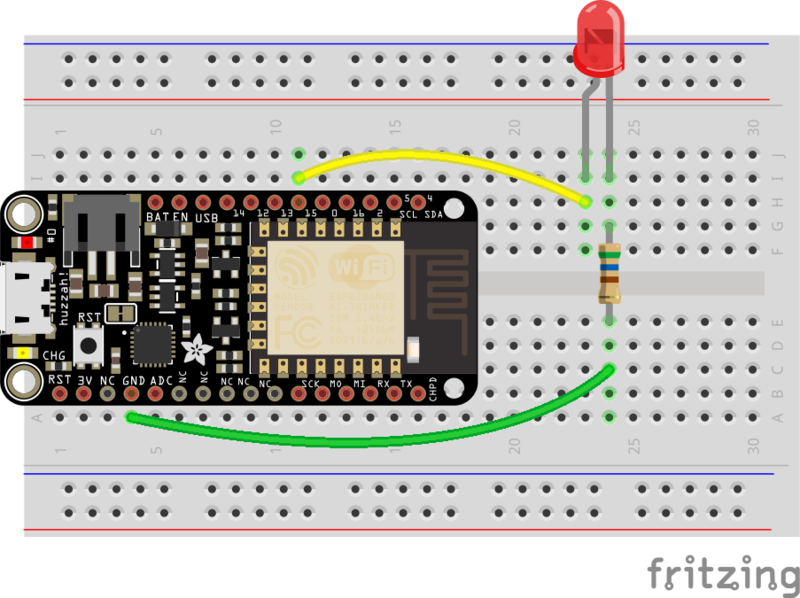 Now connect to a serial or other REPL on your board and run the following code to import the machine module and create a PWM controlled pin:

The second line will create an instance of the PWM class from the machine module and assign it to a variable called pwm.  Notice that the initializer takes in a machine Pin class instance, in this case one created for pin 15.

Next you can set the frequency of the PWM signal to 60hz by calling the freq function:

The frequency controls how fast the PWM signal is turned on and off, in this case a frequency of 60 will make the LED turn on and off 60 times a second.  You might need to adjust the frequency depending on what you're trying to control with a PWM output.  For LEDs you don't need a super fast frequency since humans can't really see something changing hundreds or thousands of times a second.

You can also see the current frequency of the PWM output by calling the freq function with no parameter:

Now you can set the 'duty cycle', or percent of time that the signal is on vs. off, with the duty function:

The value you pass to the duty function should be in the range of 0 to 1023.  A value of 1023 like the above will set the duty cycle to 100% or completely on.  This means the signal never actually turns off--it's always on and the LED is full brightness.

Notice the LED turns off.  This is because the duty cycle is 0% or completely off--the LED never actually turns on.

Set the duty cycle somewhere inbetween 0 and 1023, like about halfway at 512:

Now you should see the LED light up less bright than before!

Try setting the duty cycle to different values between 0 and 1023 to see how the brightness changes.  As you increase the duty cycle to 100% the LED will get brighter!  Remember this is because the PWM signal is turned on for a higher percent of time than turned off.  Your eye doesn't see each flash of the LED, instead it just see the 'average' amount of time its on as different brightness levels.

You can also call the duty function without a parameter to see the current duty cycle value:

You might wonder why the duty cycle is set with a number between 0 and 1023.  Like using the ADC there's a limited 'resolution' or bit accuracy for the PWM output and with the ESP8266 you only have 10 bits available (0 to 1023).

Try making the LED fade or pulse on and off by running the following code:

You should see the LED quickly fade or pulse on and off about once a second.  Press Ctrl-c to interrupt and stop the code when finished.

This code will import modules and setup the PWM output as shown previously.  Then it jumps into an infinite loop (the while True loop) that ramps the LED up from 0 to 100% duty cycle (0 to 1023) and then back down from 100% to 0% duty cycle.

Notice the ramp up is done in a for loop over the range of values 0 to 1023.  Inside the loop the duty cycle is set to the appropriate value, then the time.sleep function delays for a short time (1 millisecond).  Another for loop does the ramp down but this time it uses the range of 1023 down to 0 (notice the different range function syntax to count down to 0 instead of up).

That's all there is to controlling the brightness of a LED with pulse-width modulation!  PWM is handy for when you need to control the intensity of an analog value and don't have a DAC or other special hardware available.  However not all components can be directly controlled with PWM, only components like LEDs which can tolerate the fast signal change and 'average' it out to be a different intensity of light.

As mentioned too other MicroPython boards have a slightly different syntax than the PWM class in the MicroPython ESP8266 port shown above. Consult your board's documentation for more details.  The basic ideas of frequency and duty cycle are the same but other boards differ in how they expose control over those parameters using timers and other lower-level details. 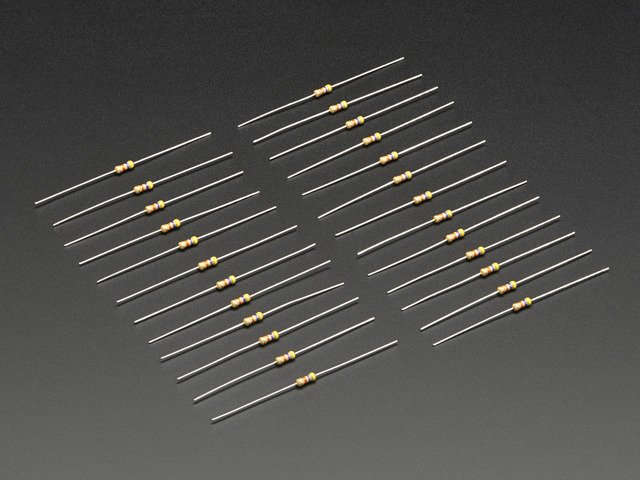 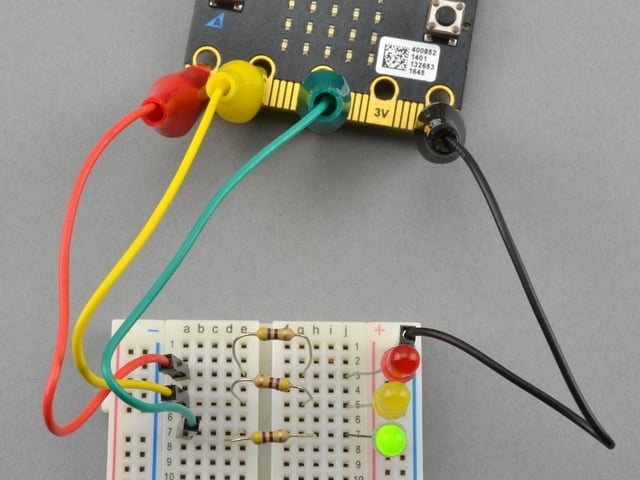 Using Crickit and Adafruit IO together
By Dave Astels
16
Intermediate
×