MicroPython Basics: How to Load MicroPython on a Board ESP8266
Feedback? Corrections?

To use MicroPython with the ESP8266 you'll need to first flash it with the latest MicroPython firmware.  Follow the official instructions to load MicroPython ESP8266 firmware which are summarized below.

First install the esptool.py software which enables firmware flashing on the ESP8266.  The easiest way to install this tool is from Python's pip package manager.  If you don't have it already you'll need to install Python 2.7 (make sure you check the box to put Python in your system path when installing on Windows) and then run the following command in a terminal:

Note on Mac OSX and Linux you might need to run the command as root with sudo, like:

If you receive an error that esptool.py only supports Python 2.x try running again with the pip2 command instead of pip (likely your system is using Python 3 and the pip command is getting confused which version to use).

Now you'll need to put the ESP8266 into its firmware flashing mode.  Each ESP8266 board is slightly different:

It's recommended to erase the entire flash memory of the ESP8266 board before uploading firmware.  Run the following command in a terminal to perform this erase:

Now put the ESP8266 back into firmware flashing mode and run the following command to load the downloaded firmware file:

Again set /path/to/ESP8266 to the path or name of the serial port that is connected to the ESP8266.  In addition set firmware.bin to the name or path to the firmware file you would like to load.

Once the tool finishes flashing the firmware (you'll usually see a blue light on the ESP8266 module flashing during this process) press the RESET button on the ESP8266 board or disconnect and reconnect it to your computer.  You should be all set to start using the latest MicroPython firmware on the board!

Note that if you see an error that detect is not a valid flash_size parameter you might be using an older version of esptool.py.  To upgrade to the latest version run the following command:

Use sudo as necessary on Linux or Mac OSX.  Try the flash command again after esptool.py is upgraded.

Jump to the Serial REPL page in this guide to learn how to access MicroPython's 'command prompt' on the board. 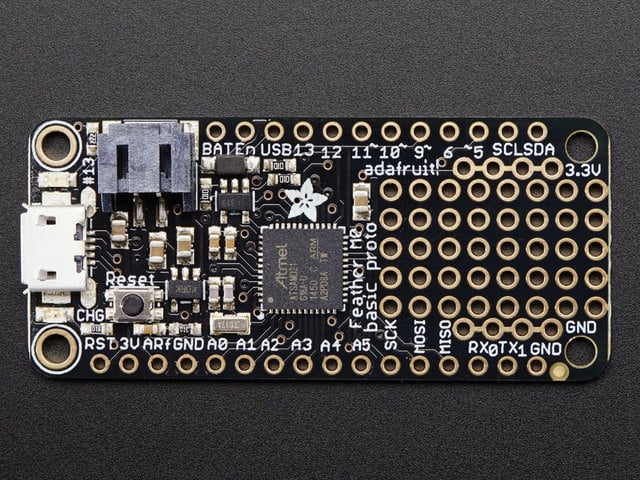