This one is straight forward. If you're reading this, you've more than likely used programming statements in the Arduino Integrated Development Environment (IDE) such as pinMode, digitalRead, digitalWrite, and the like. That's digital input and output (I/O). Digital I/O is just connections to the outside world that can be set high or low, or can read signals as high or low. The '328 has 3 digital I/O ports, 2 8-bit and one 7-bit. Most of the time you will be working with single bit inputs or outputs; the Arduino library has explicit support for this in the above functions. The digital I/O lines can be set (as the name suggests) to be inputs or outputs.

Below is the simplified design of an digital I/O pin.

Additionally inputs can have a pullup resistor attached internally. Pullup resistors (or simply pullups) are used to make sure that an input line is held at a logical high unless whatever it's connected to forces it low. In the diagram, the pullup circuitry is highlighted in red. The AND gate enables the pullup (connecting the top of the resistor to Vcc) when the pin is outputting a logic high, or the pin is being used as an input and a pullup has been requested on the pin.

The green section reads the value of the pin, disconnecting it when in sleep mode, and cleaning up the timing with a couple D-FlipFlops (the SYNCHRONIZER). 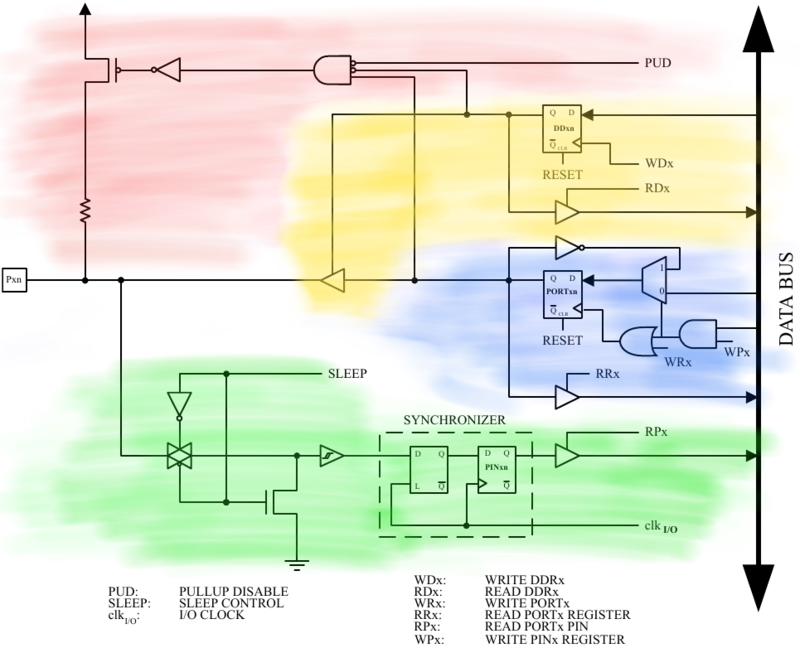 From the ATMega328 datasheet 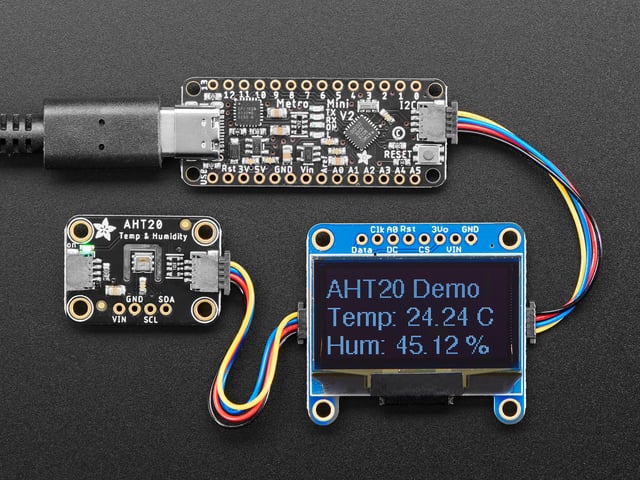