The Circuit Playground Express has ten Neopixels of its own that can be programmed independently from the Crickit single NeoPixel and Crickit NeoPixel terminal block connection. 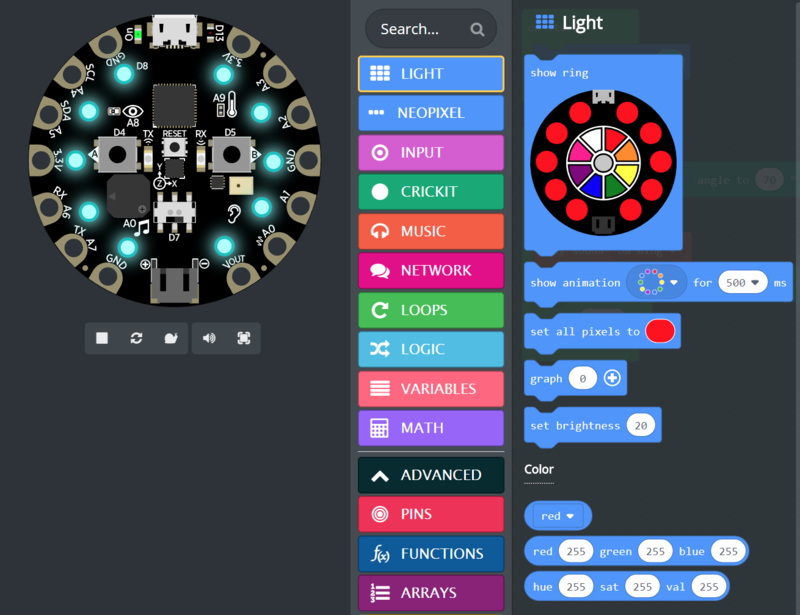 Below are two example programs (use one or another). The first just sets all the Circuit Playground Express LEDs to green. The second shows a rainbow animation for 5 seconds (= 5000 milliseconds), then shows a sparkle animation for another 5 seconds then loops back.

It takes a bit more code to do NeoPixels in CircuitPython. The easiest way is to use the adafruit_circuitplayground.express library which sets everything up nicely. But the CPX library, as it's called, is large and when added to the Crickit support library adafruit_crickit, it does not leave a great amount of room for user programs.

The same effects in the CPX library may be done with the neopixel library, it is just coded a bit differently.

The code below shows opening up the NeoPixels on-board and performing some red and blue color animation which you are free to change as you wish. The code for the strips to change color in previous examples will work here also with appropriate variable name changes for the NeoPixel object opened. 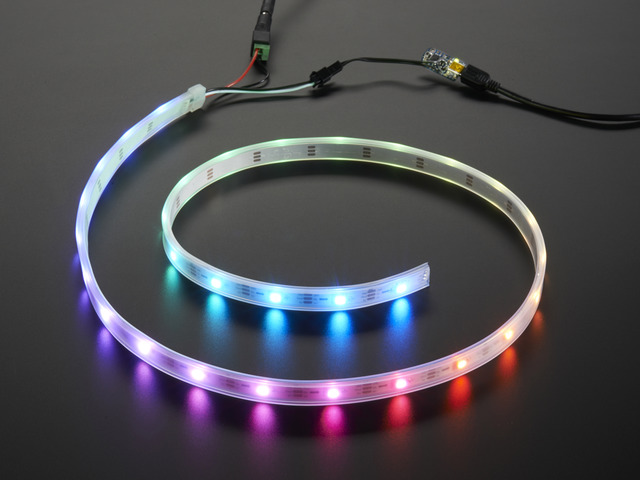