Skip to main content
Explore Magic Cap, a smartphone OS from a decade before the iPhone Overview
Feedback? Corrections? 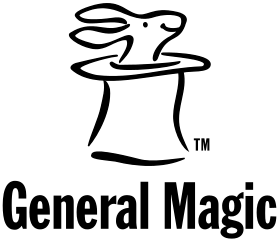 Next in our series of "people who left Apple and founded a revolutionary company that was ahead of its time and created amazing products but ultimately failed," let's check out General Magic and their operating system called Magic Cap.

General Magic was formed by Marc Porat, Andy Hertzfeld, and Bill Atkinson in 1990. They had been working on an internal Apple project called Paradigm, but convinced Apple CEO John Sculley to spin it off as a separate company. Their idea was called a personal digital assistant in the 90s, but looking at it now it looks a lot like a modern smartphone. Porat described it as "a tiny computer, a phone, a very personal object... It must be beautiful. It must offer the kind of personal satisfaction that a fine piece of jewelry brings. It will have a perceived value even when it's not being used... Once you use it you won't be able to live without it."

Check out Josh Carter's page, Before General Magic There Was Paradigm. That looks a lot like an iPhone (except for the stylus, Jobs would get rid of that), and this was in 1990!

Take a look at a video of Andy Hertzfeld demoing a General Magic phone prototype in 1995:

And check out this trailer for a documentary about General Magic:

Let's install a Magic Cap emulator and see what it was like! Unfortunately, the emulator is from the 90s and it runs on 90s Mac OS, so we need to install another emulator first. Yo dawg, I heard you like emulators...