MAC Address Finder Assembly of the Main Board
Feedback? Corrections?

Assembly of the Main Board

There were several things I had to take into account to make it fit inside the case nicely. I played around with the arrangment of the components for a while before settling on the final layout.

We'll start with the Huzzah, OLED and the Doubler. 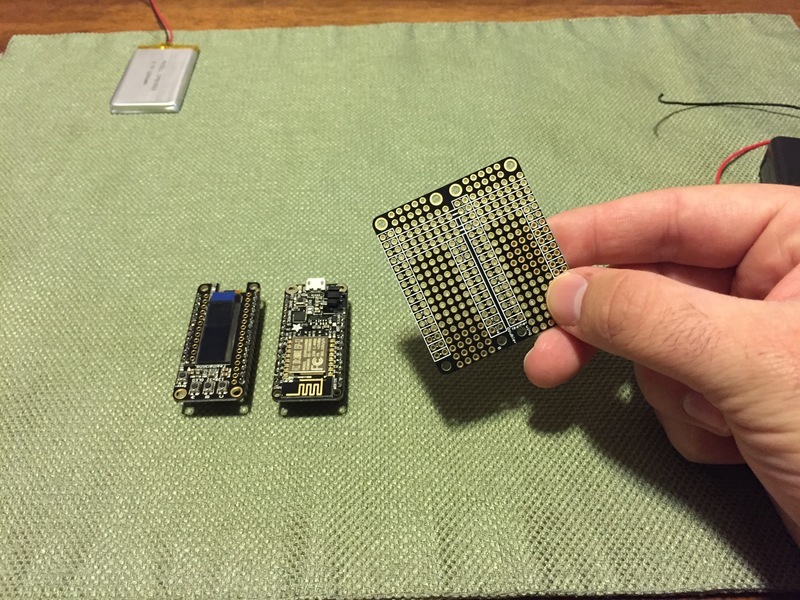 There's something to be aware of here. I wanted the OLED screen to be on the top, however, when you put it on the top the Lipo connector is on the inside of the board. What I did was arrange everything so that the connector faced out. The only issue with this is that then the OLED is upside down.

I started by flipping the doubler over and soldering the Huzzah into place. 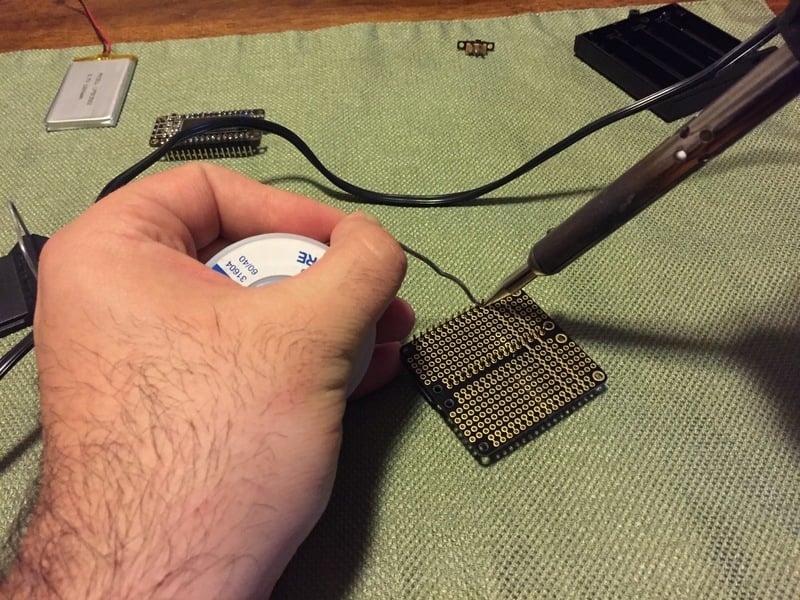 One thing I forgot to do at the time, and so it's not shown here, is to solder wires for power and ground. There were very hard to thread through after I soldered the Huzzah and OLED into place.

One other consideration I made was the height of the OLED board. Since the Feather has a lipo connector, it is taller than the screen. I wanted the screen to be as close to the front of the case as possible so I couldn't just place it flush with the protoboard. 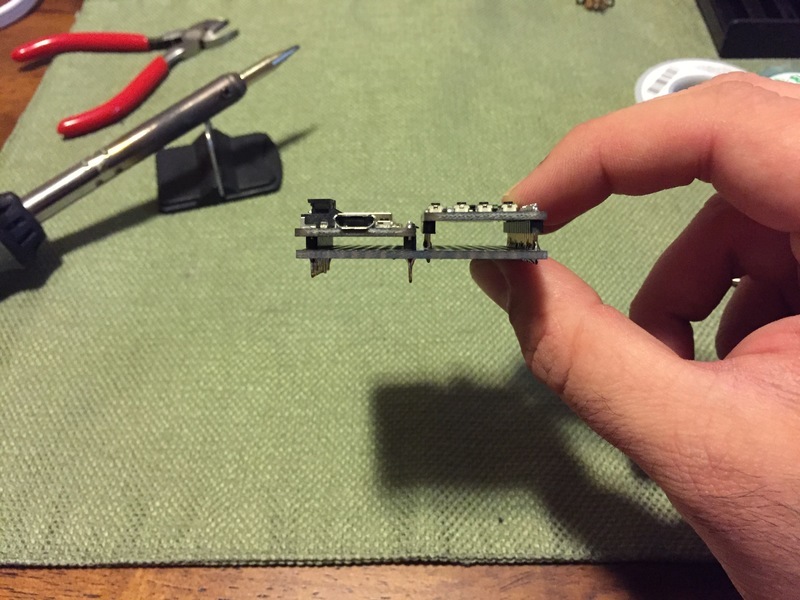 Once everything is put together I uploaded my code to see if everything worked.

Notice the the text on the screen is upside down. Again we'll address this in the code when we get there. 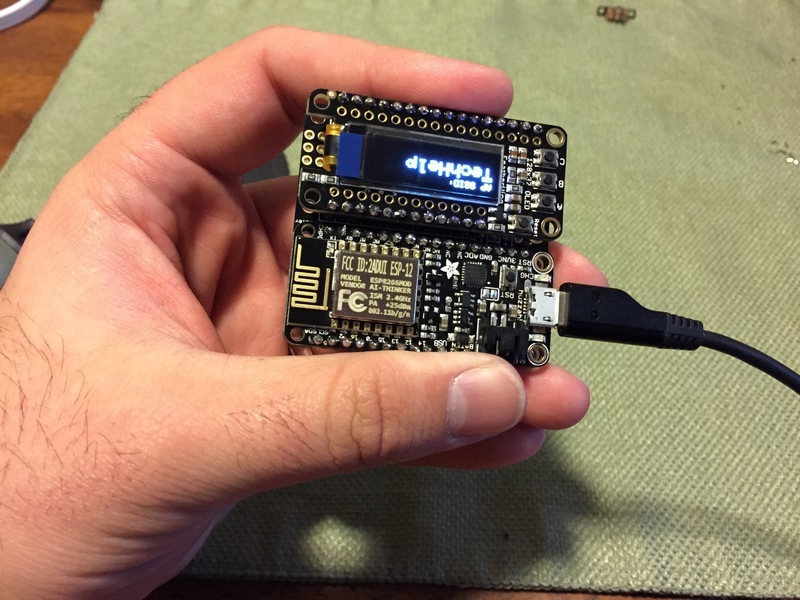 Parts and Tools Preparing the Case 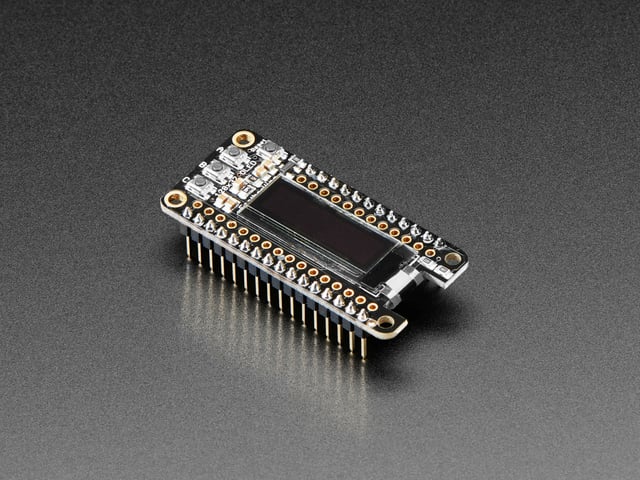