Now that the required environment has been set up, let us look at how we can create a model for the line follower.

The above three stages are combined in an example model included with the ZumoBot Simulink Library. To access this model, navigate to the 'examples' directory through MATLAB, and type 'LineFollowing' in the MATLAB command window. 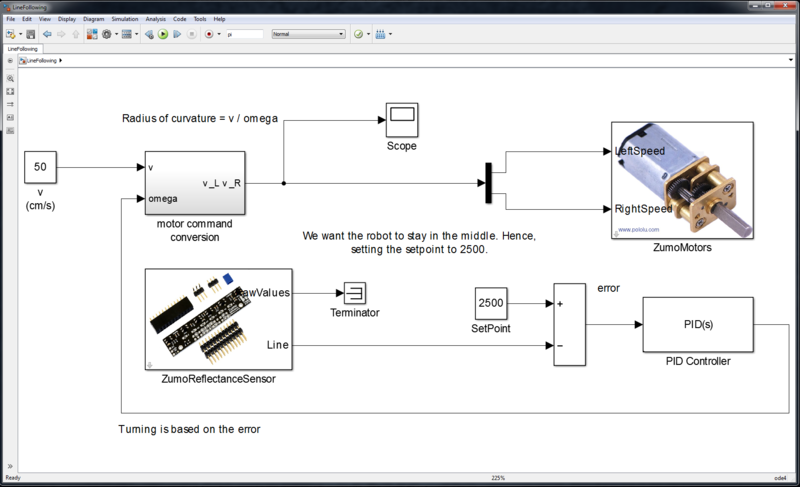 All About Arduino Libraries
By Bill Earl
137
Beginner