Check out our previous guide on how to use Glue and Elmer's Magic Liquid to make an easy batch of slime!

For this batch, the only addition is adding food coloring and glitter to customize the look of our slime.

How to make Slime

Once both cases are attached to the coin cell we can insert an LED to the top of the case. Note which side negative and positive are on the coin cell and then carefully insert the legs into the two holes on either end.

If you get the LED in backwards, it won't light up. No biggie! Flip it around and try again!

You may need to bend the LED legs inward to ensure contact is being made between the coin cell and terminals.

The positive leg of the LED will stick out of the case, so we recommend using flush cutters to remove them as it could poke you while kneading the slime.

The positive leg of the LED will stick out of the case, so we recommend using flush cutters to remove them as it could poke you while kneading the slime.

First we'll make sure our slime isn't too sticky. You can add a small amount of "Elmer's Magic Liquid" to make the slime less sticky. Kneed the slime and then stretch onto the LED throwies.

Mix until the LEDs are evenly mixed into the slime! 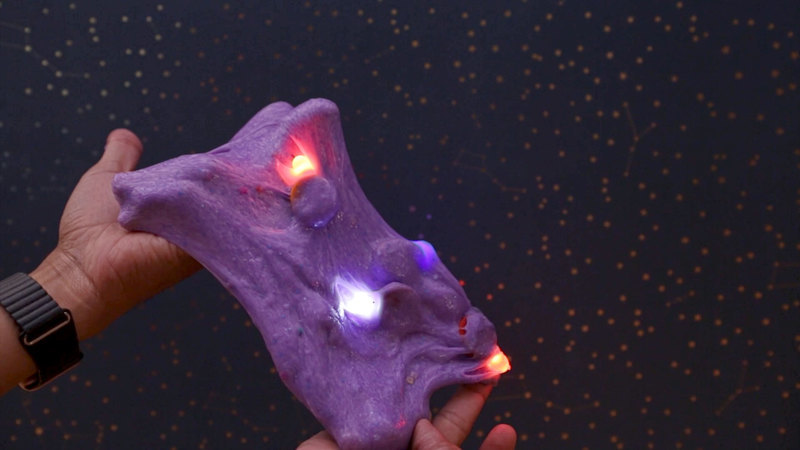