3D printed a simple holder for coin cell batteries and make LED throwies that’s re-usable. Just pop in a coin cell and press fit them together. You can slide in an LED and take it out to turn it off or change the battery. The design is free to download and easy to print so you can make batch of them. You can get your students involved by having them setup the parts for 3d printing.

This is could be pretty cool way to have students learn how to light up their first LED. Have the kids use the LEDs in other projects. Just change out the battery when its done. We think young students can learn by making and hopefully get them interested in how electronics work. 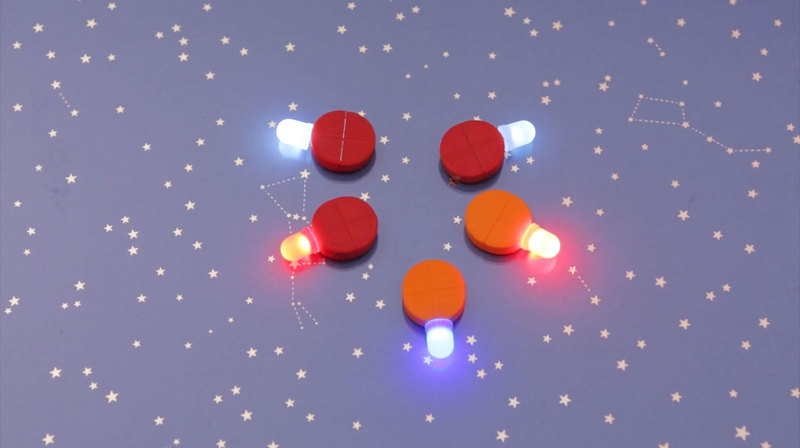 These types of projects can help STEM educators get their students excited about learning electronics and making. Educators can use LEDs to teach kids how they work and get them involved with the making process.

The idea is to put a kit together for a classroom or workshop using just a few parts.

Go deeper and learn all about LEDs in this learning guide. Use Ohm's law and resistors to properly power LEDs with various power supplies. Find out how LEDs work and how to use them with micro-controllers!

All About LEDs Learning Guide

Whip up a batch of slime and throw in some LEDs to make it glow! Use transparent colored slime to make a soft diffusion. You can stretch and squash the slime without having to worry about getting poked with the LEDs because they're safely housed in a 3D printed holder. 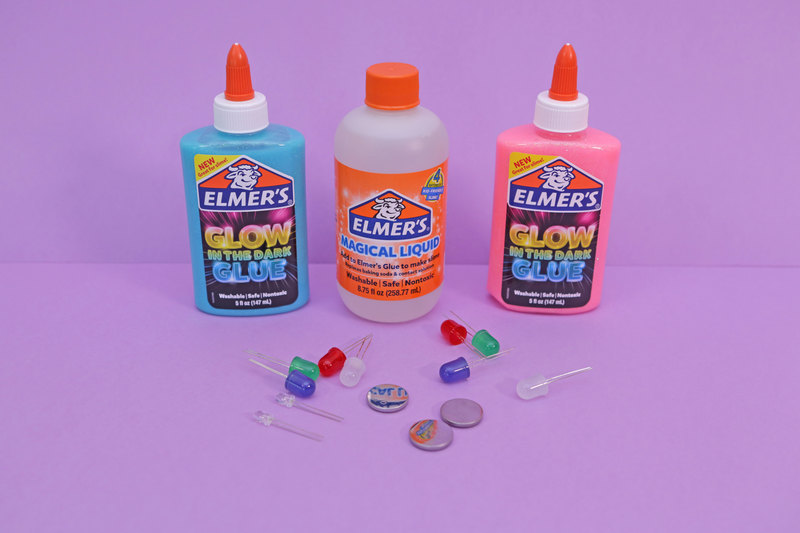 These are some handy things to have when mixing and handing slime.

Diffused Red 10mm LED (25 pack)
Need some big indicators? We are big fans of these huge diffused red LEDs. They are fairly bright so they can be seen in daytime, and from any angle. They go easily into a breadboard...
$9.95
In Stock
Add to Cart 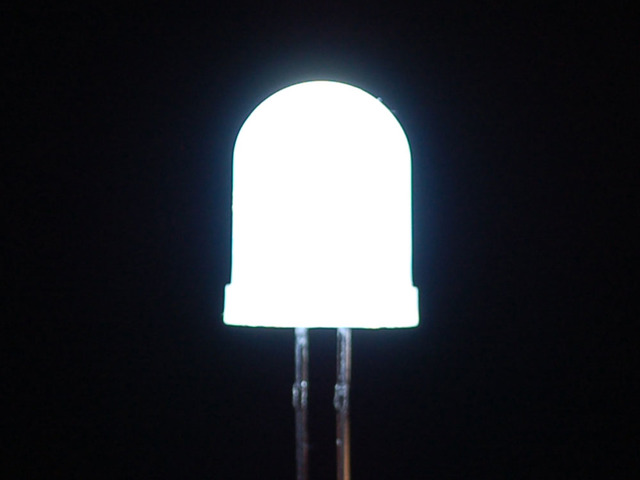 Diffused White 10mm LED (25 pack)
Need some really bright and big indicator LEDs? We are big fans of these 10mm diffused white LEDs. They go easily into a breadboard and will add that extra zing to your...
$7.95
In Stock
Add to Cart