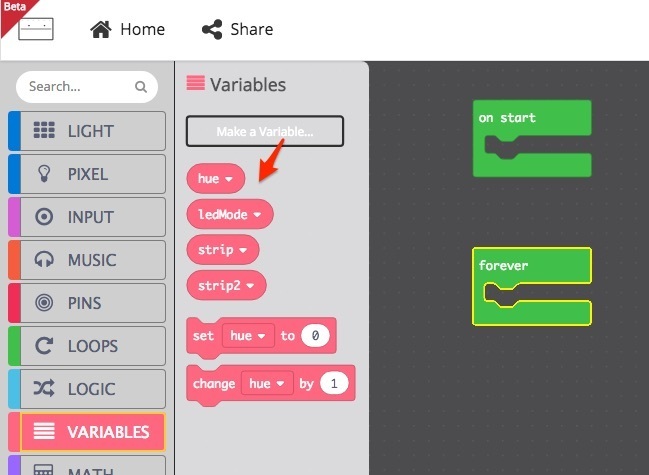 Click on the LIGHT tab and then the MORE tab that appears underneath it. Drag two instances of set strip to create WS2812 on LED with 30 pixels into your on start loop (or drag one instance and copy/paste to get two). Replace the blue bar of the first one with onboard strip. Set up the second instance to read set strip2 to create WS2812 strip on A1 with 650 pixels.

Now let's set the brightness. Drag or paste two instances of set brightness into your on start loop. Set strip's brightness to something really low - I chose 15. These pixels are shining right out from the front of the corset and we don't want to blind people. Set strip2's brightness to around 100. You can always change this later to make it brighter or dimmer. 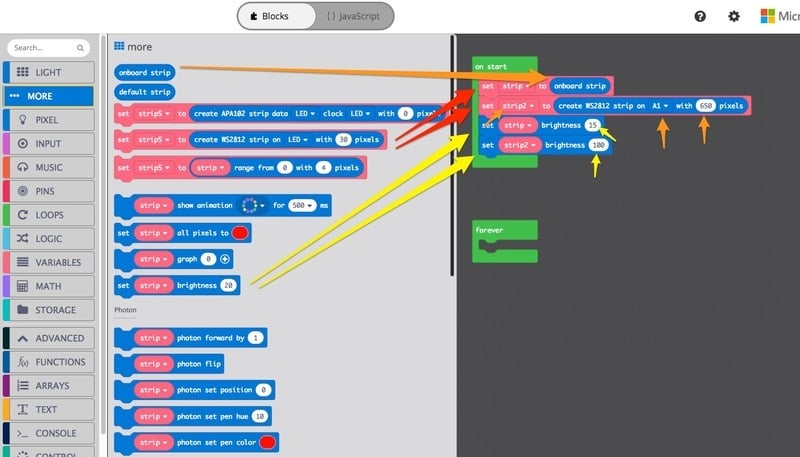 As you've noticed, we're going to have to do a lot of copy/paste to get both the onboard pixels and the NeoPixel strip working in tandem. No worries! Just note that it's easy to miss one of these dropdowns, so if your code isn't working the way you expect later on you might have forgotten to refer to both strip and strip2.

Head to the VARIABLES tab and drag an instance of set ledMode to 0 into your on start loop. This tells the code which mode you want to start with. Later on you can change it to whichever mode number you want, and your corset will boot up in that mode. 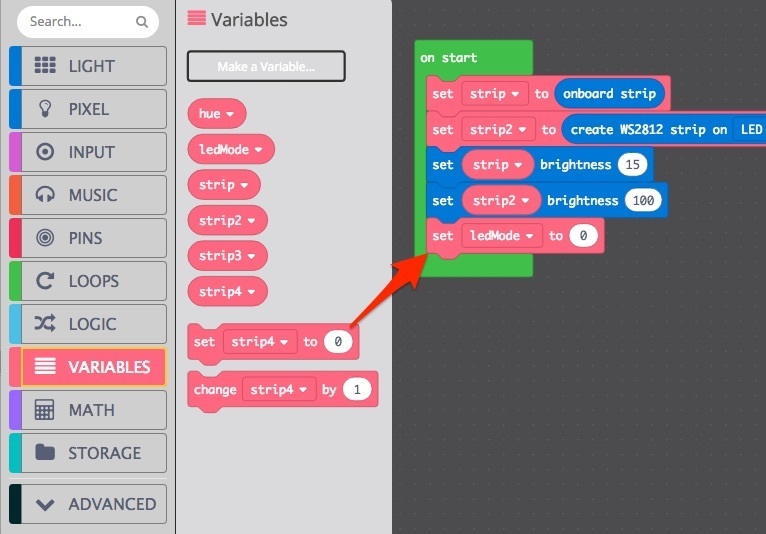 That's it for the on start block. Let's make our first animation mode! We'll start with RainbowFade.

We'll build each mode inside the FOREVER loop so we can proof it on our emulator or download it to see how it looks on the NeoPixel strips. Once we're happy, we'll move the code into a function block so we can refer to it later.

Open the LIGHTS > MORE tab again and drag two instances of set strip all pixels to red into your forever loop.  Change one to strip2. 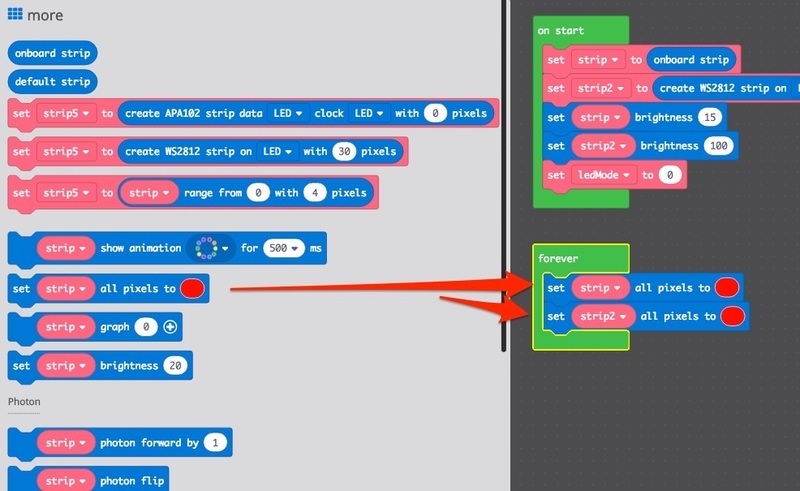 Click the LIGHT tab and find hue 255 sat 255 val 255. Drag two instances to replace the red in the blocks you just made. 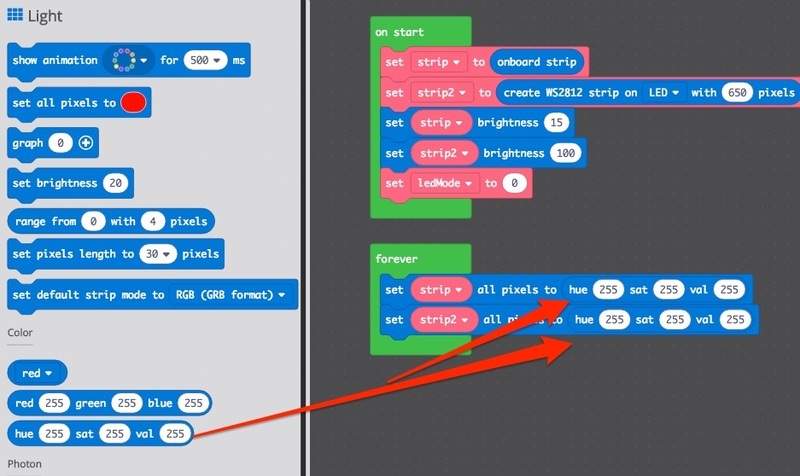 Value (val) refers to the amount of color.  Think of it as intensity or brightness. We'll leave both value and saturation at 255 in this code, but you can play with these values to get pastel colors or dimmer colors if you want.

We're only concerned with the hue for this code. Remember how we made a hue variable earlier? Time to dust that puppy off and put her to use.

Click the VARIABLES tab and drag two instances of the hue variable onto your workspace, replacing the 255 next to the word "hue" in both these blocks. Then drag an instance of change hue by 1 into the forever loop.

Take a look at the emulator. It should show all pixels fading through the spectrum. Success! We made a RainbowFade animation. 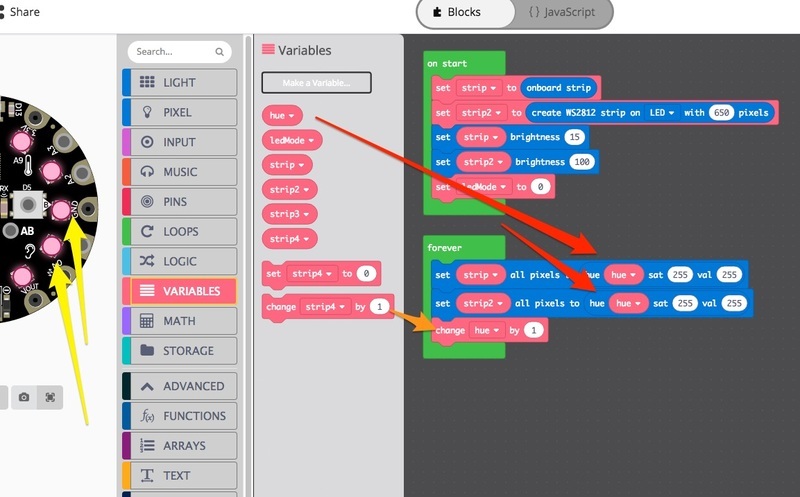 Once you're totally happy with your animation, let's move the code into a function. Click the FUNCTIONS tab and make a function called RainbowFade. 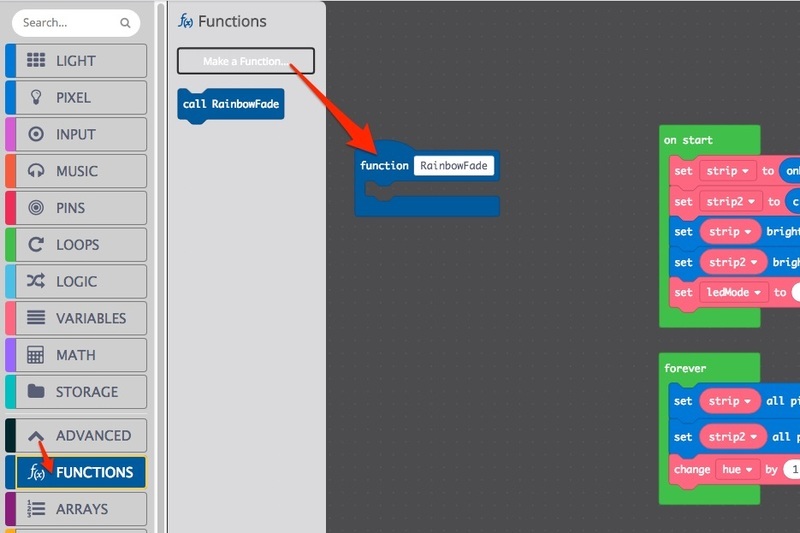 Move all the code in your FOREVER loop into the RainbowFade function. Now we can activate it just by calling RainbowFade. We'll do that a bit later. 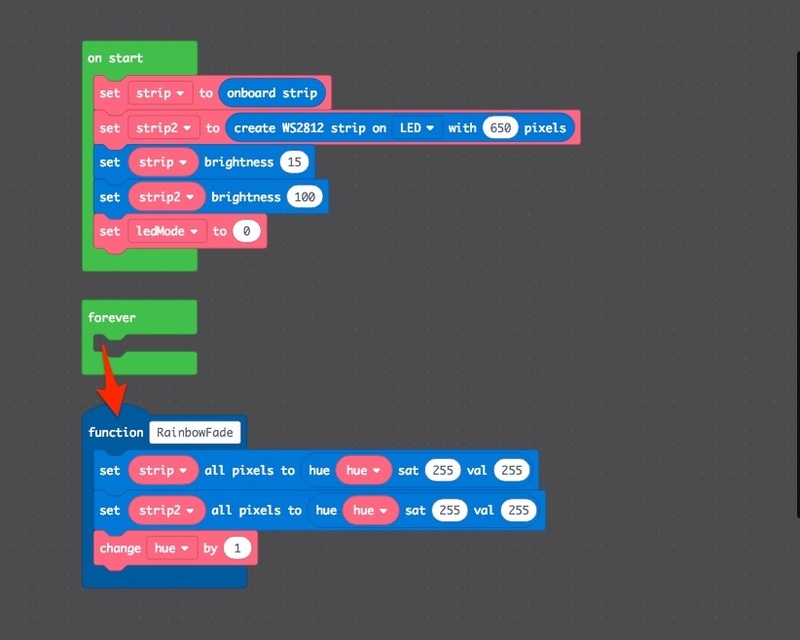 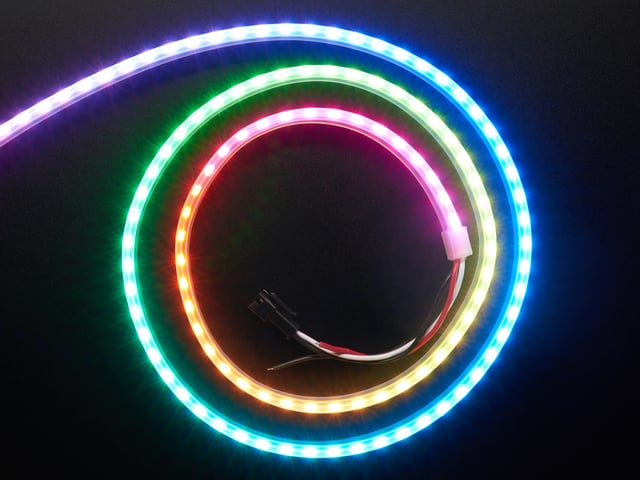 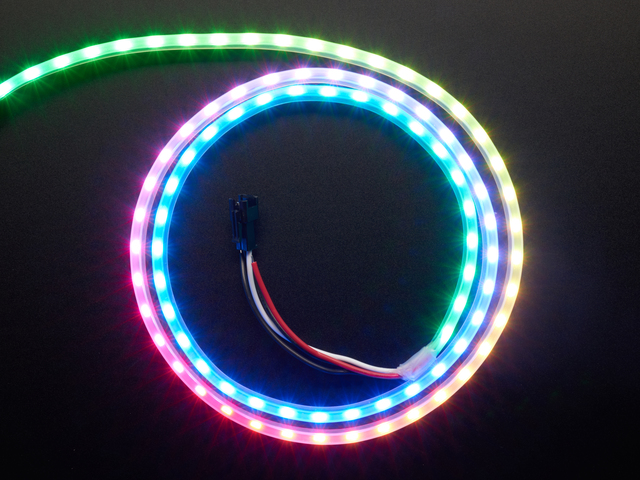 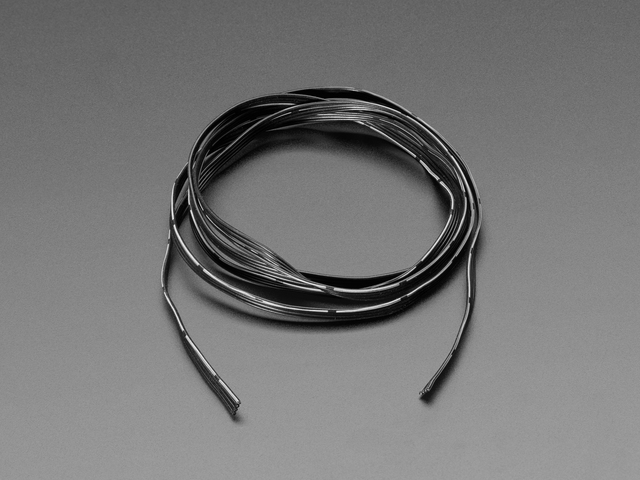 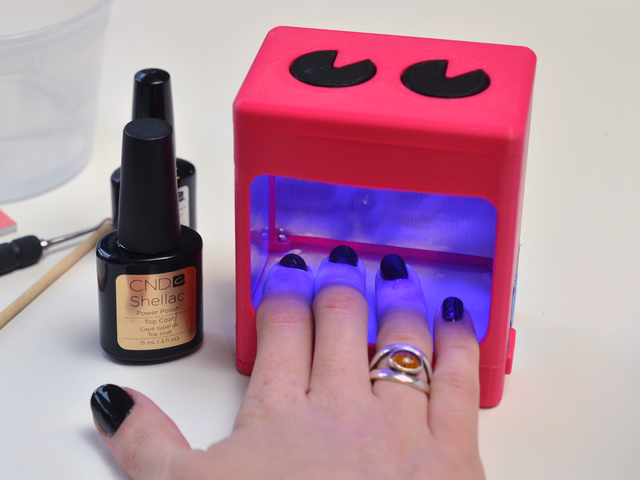 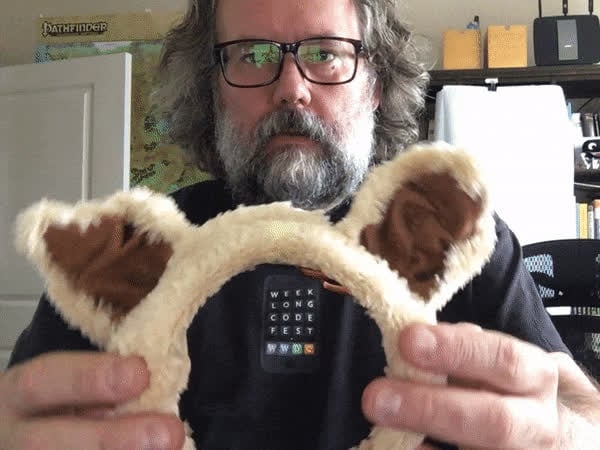 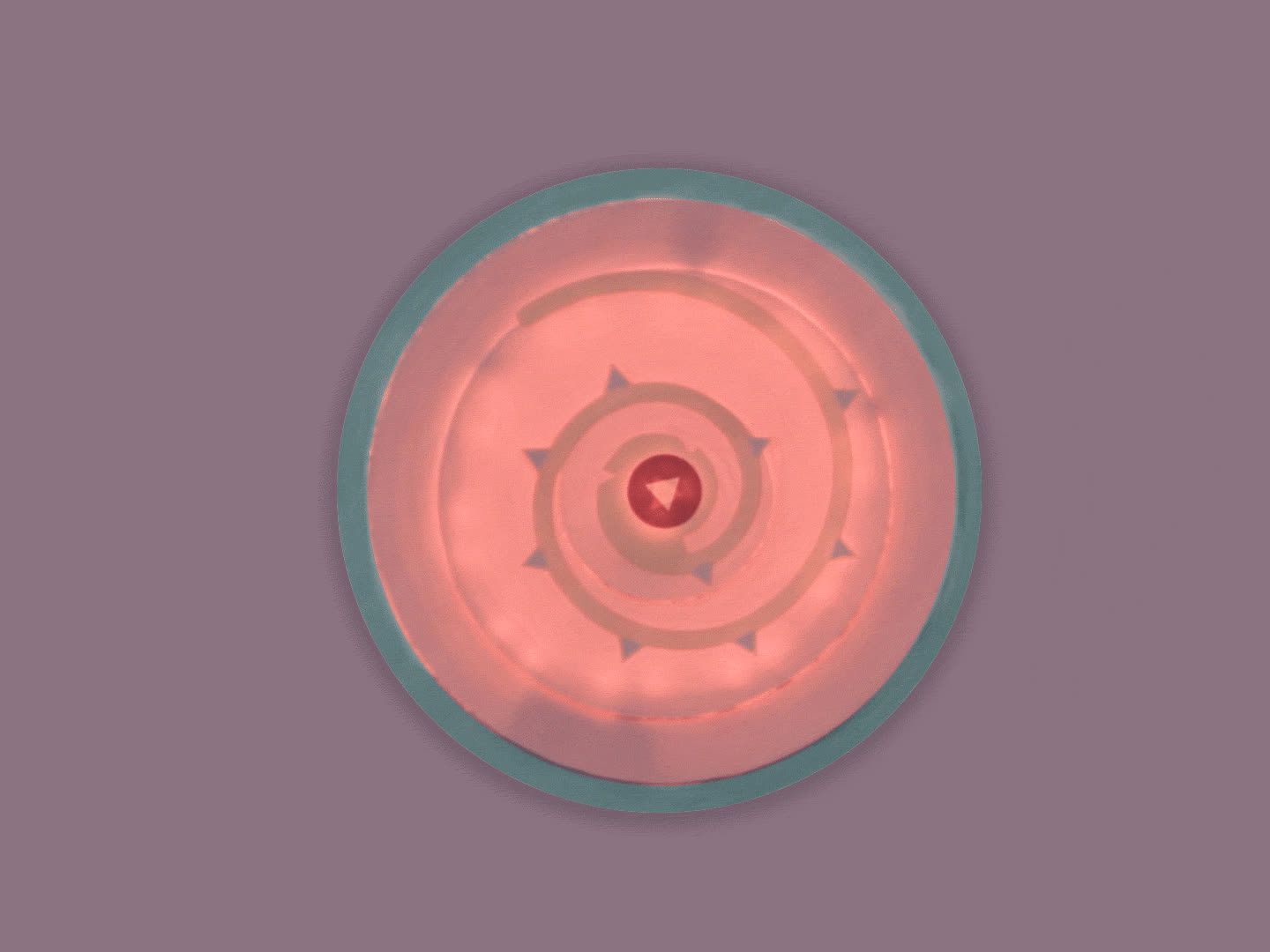