There are two ways to power your Arduino: you can use the USB connector to connect to a computer or portable power pack or you can plug into a wall adapter. USB can be used to power and program. DC can only be used for power - but it's great for when you want to connect your Arduino and leave it plugged in for a long term project.

This is the DC Power Jack: 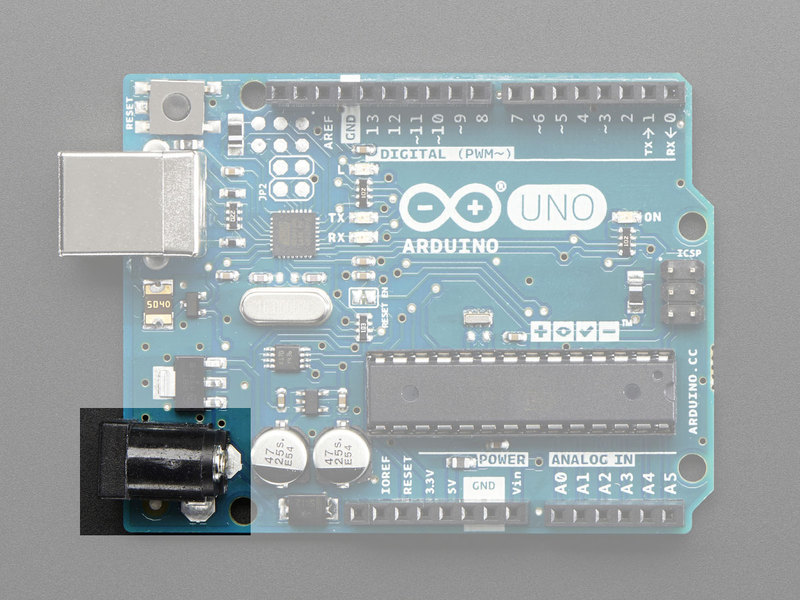 The technical specifications for the jack is:

That's just the mechanical size of the plug in case you're looking to match it up. It's an extremely common power plug size, so it isn't too hard to find a matching power plug. Sometimes they're just referred to as "2.1mm DC Plug" 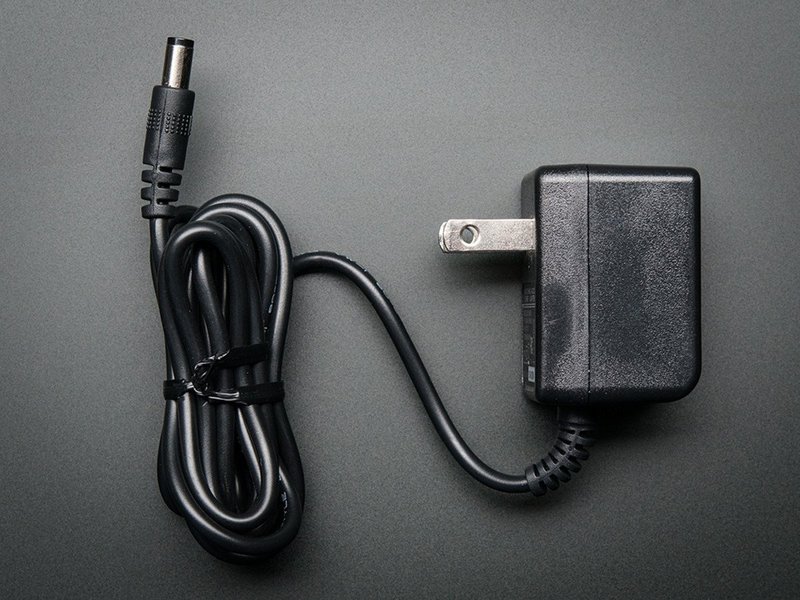 You can use any adapter that is Center Positive and 7 to 12VDC output - we recommend 9V DC if possible. Check the following photo for the symbol that indicates Center Positive and for the 9V output text. The Arduino is fairly rugged and can survive plugging in the wrong adapter as long as the voltage isn't higher than 20V but it's 'stressful' to the 'duino and you should aim for 9V! 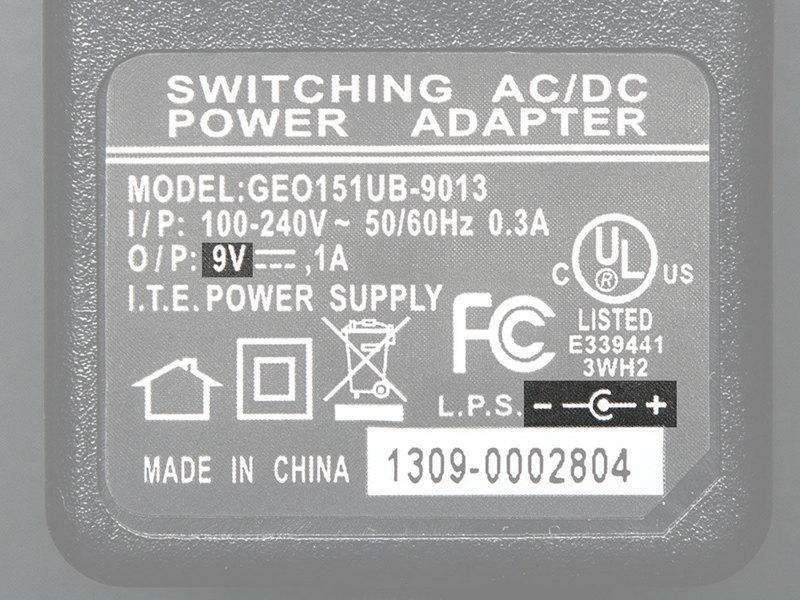 The Arduino and Metro is designed for beginners so it has some protection and regulation circuitry so that it can use just about any power supply you throw at it. In particular there is a polarity protection diode (to avoid destroying the board if you have a Negative Tip adapter). It also has an onboard 5V Power Supply: 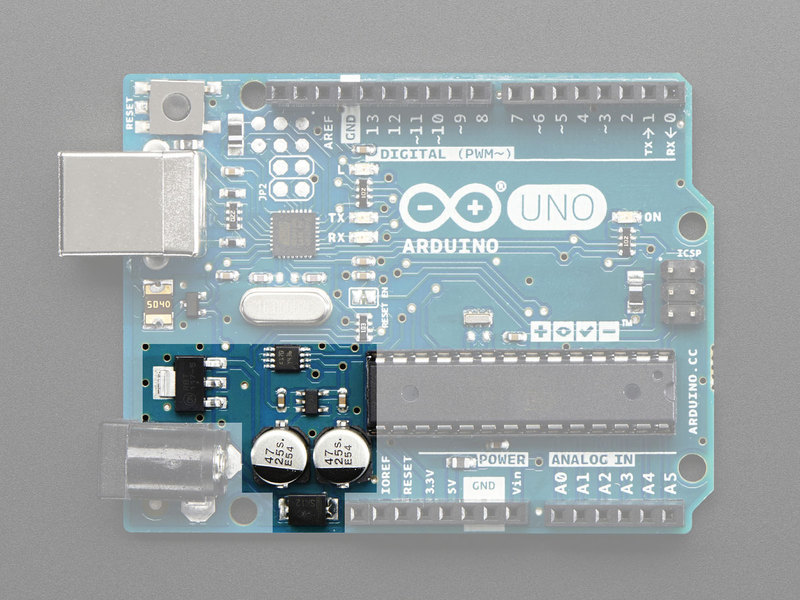 The tricky thing to remember is you need to have at least 7 volts for the power supply to do its thing.

Think of it like a barber. When you go to the hair salon, you have long uneven hair (just like the large, uneven power that is fed into the Arduino). The stylist takes out the scissors and says OK how long do you want your hair? and you reply 5 inches long!

>snip snip< and your hair is cut straight off, leaving a very clean line

That's pretty much what a voltage regulator does. Except that unlike the scissors that can cut even 5.1" long hair down to 5", the regulator needs some extra hair (er, voltage) to work with. To be precise, it needs 2 Volts above the desired level. In this case, 5 Volts + 2 Volts = 7 V. That's where the 7V minimum comes from.

Now, the 2 Volts minimum isn't a hard and fast rule, it does vary a little from Arduino to Arduino, but basically:

Don't expect to plug in 5 Volts into the DC jack and have your Arduino running at 5 Volts. Rather, the regulator will take 2 Volts off the input and leave you with 3 Volts!

When powering off of the DC jack, you can pull at most 800 milliAmps of current. This is not a guarantee because you also have to make sure that the regulator doesn't overheat. If you're using some other voltage input, the max current you can pull continously is approximately

This is just a rough estimate and depends on if the power usage is continuous or just once in a while.

OK so if you're plugging into the wall, that wall adapter is great. But what if you're on the go? You can use batteries! Because the voltage regulator doesn't care what is power it, as long as it's higher than 5V you can use a 9V with a plug adapter in a battery case 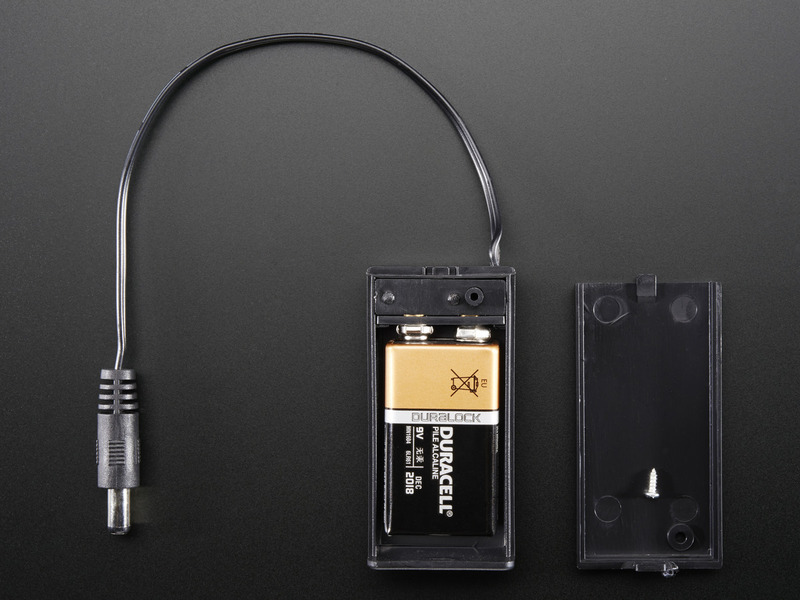 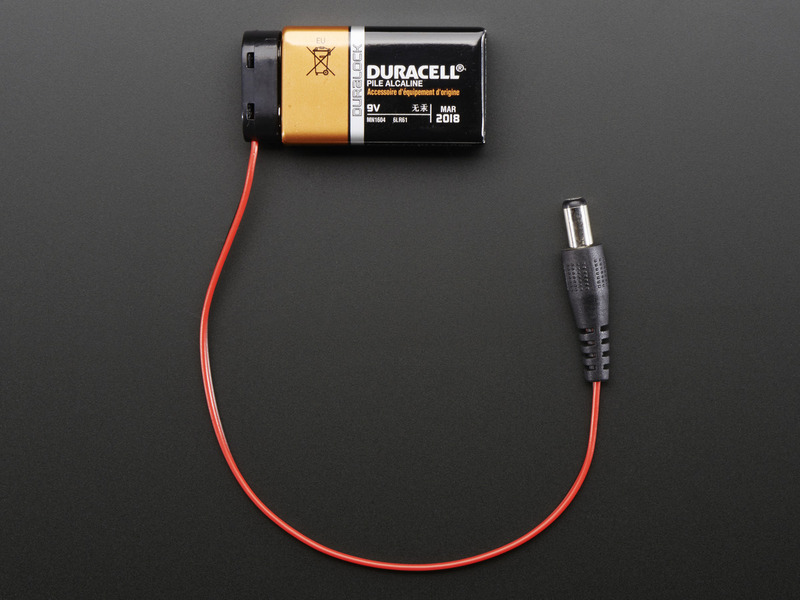 or for very long running projects, a AA battery pack with a 2.1mm DC jack will last for hours and can power a ton of LEDs, motors, and more! Great for use with rechargeable batteries 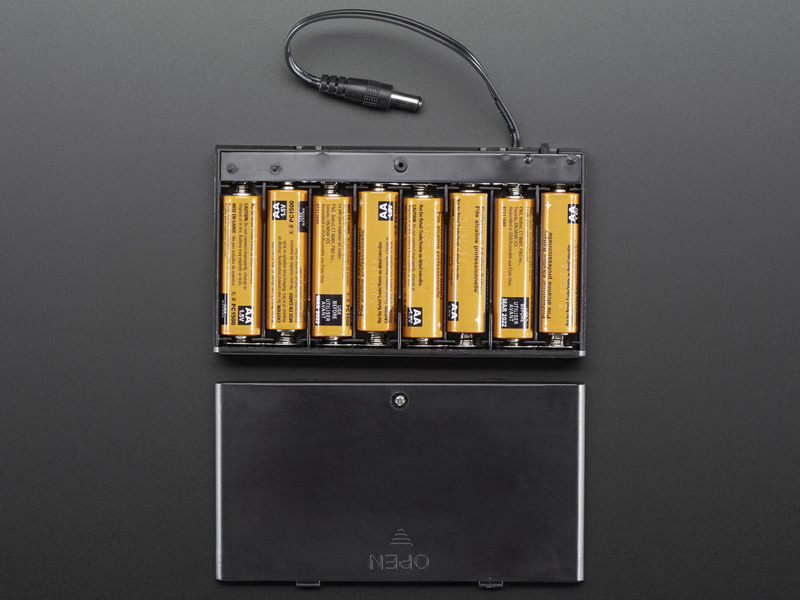