This tutorial may be outdated. It is no longer recommended for beginners, and may need modifications to code or hardware that is not indicated in the tutorial. 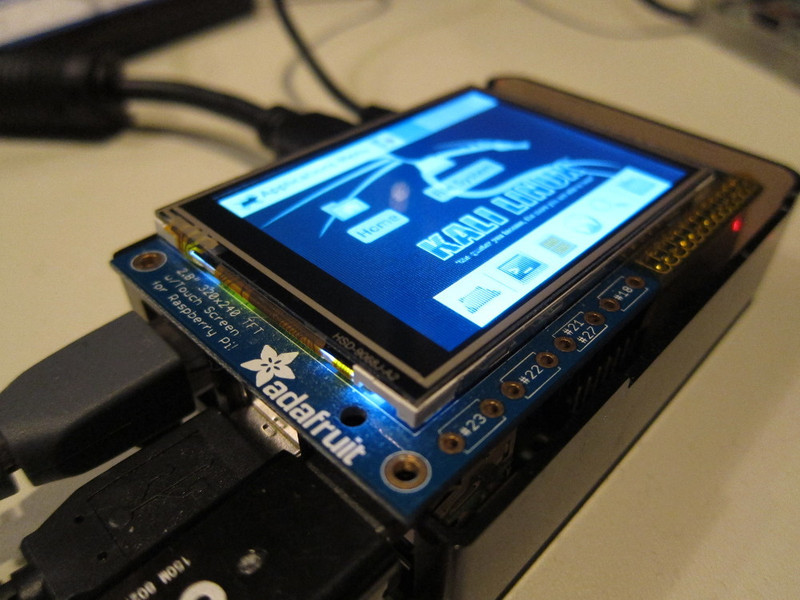 Kali Linux is a distribution especially aimed at penetration testing and network security applications. (It's a successor to Backtrack Linux.)

Kali isn't intended as a general-purpose desktop OS for end users. Instead, it's a collection of useful tools for monitoring, exploring, and attacking networks. It comes out of the box with tools like Wireshark, nmap, and Aircrack-ng, and is particularly useful in situations where you just want a disposable machine/installation with some network tools.

Enter the Raspberry Pi: Cheap, portable, low-power, and easy to customize. There's been a lot of interest in using small ARM boxes like the Pi with Kali, and it's well-supported by the maintainers.

Since the Raspberry Pi 2 was released, we've gotten a series of requests for help with getting PiTFT displays to work with Kali on the Pi 2. This guide explains how to do that, and includes a kernel package built with both our PiTFT configuration and the patches applied for a standard Kali Linux build.

It goes without saying that Kali is built on a set of tools that can be used maliciously. Less obviously, they can get you in a lot of hot water.

Three guidelines for using these tools:

If you're new to topics like pentesting, start by exploring networks you own or have sanctioned access to.

This guide assumes some experience with GNU/Linux systems, and relies heavily on the command line. 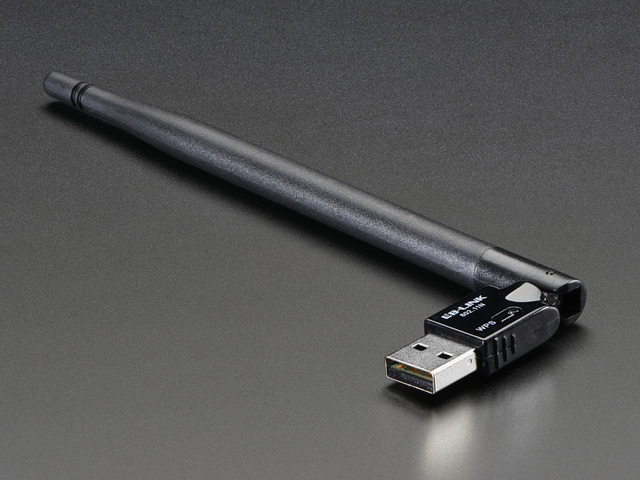 USB WiFi (802.11b/g/n) Module with Antenna for Raspberry Pi
Out of Stock

Build your own mini thermal camera
By Dean Miller