We really like using balenaEtcher for burning SD cards. Works great on Mac OS X 10.9 or later, won't over-write your backup disk drive, and can handle compressed images so you do not need to unzip them!

If you are having issues running Etcher on the Catalina release of Mac OS, see the links below for more information and some suggested workarounds.

Most success has been reported by simply running Etcher from the command line using sudo:

Open the downloaded disk image and drag the balenaEtcher application to the Applications folder. You can then eject the disk image. 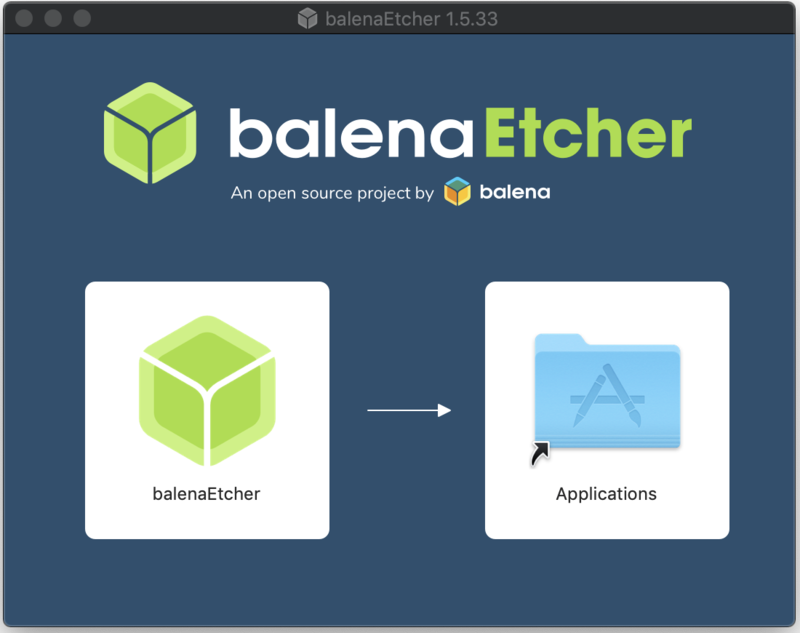 Eject any external storage devices such as USB flash drives and backup hard disks. This makes it easier to identify the SD card. Then insert the SD card into the slot on your computer or into the reader.

The first time you run Etcher you’ll be asked to confirm the download. Click “Open” to continue.

This will launch the Etcher application…

Select the SD card image file by clicking Select Image. You can choose a compressed SD image file such as a .zip or .gz or an uncompressed .img, it’s all good! 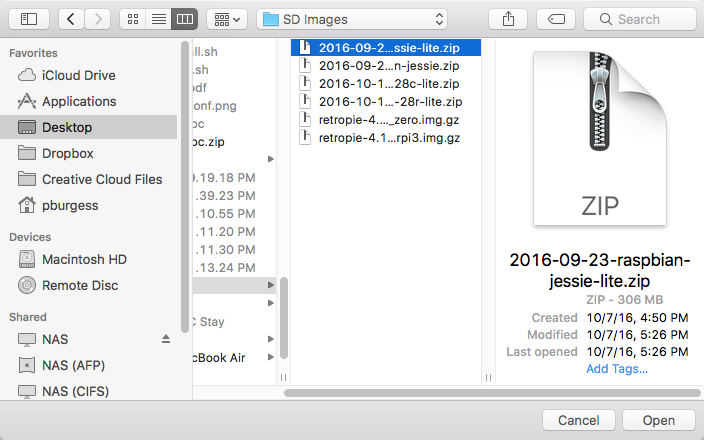 Etcher will automatically try to detect the SD drive. If you don’t have an SD card currently inserted, you’ll be prompted to connect one.

Check the disk size to make sure its the right one, that it’s not overwriting your main drive or anything nasty.

Etcher will work for a few minutes to “burn” the SD image to the card. You’ll see a progress bar as it works. This is about the time you’ll wish you’d splurged on a high-speed card.

Once the SD card is ready, you will see the following:

The card will be unmounted automatically, so you can pull it out now and use it in your Raspberry Pi.

If you find yourself burning a lot of SD cards, you can speed things up by clicking the gear icon at the top-right, then turn off the “Validate write” option. I’ve written hundreds of cards and only had one fail validation. 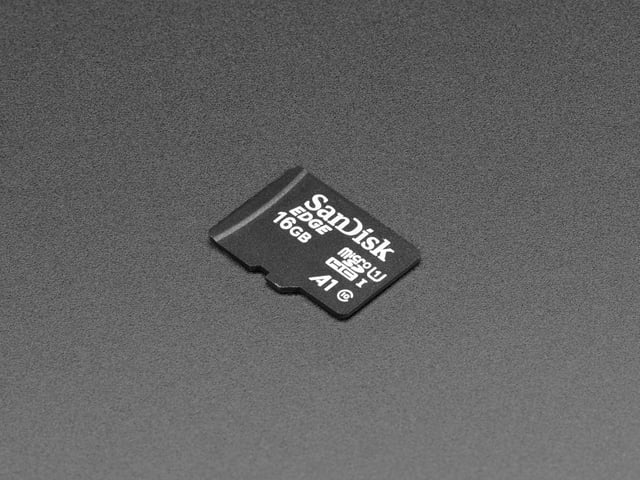 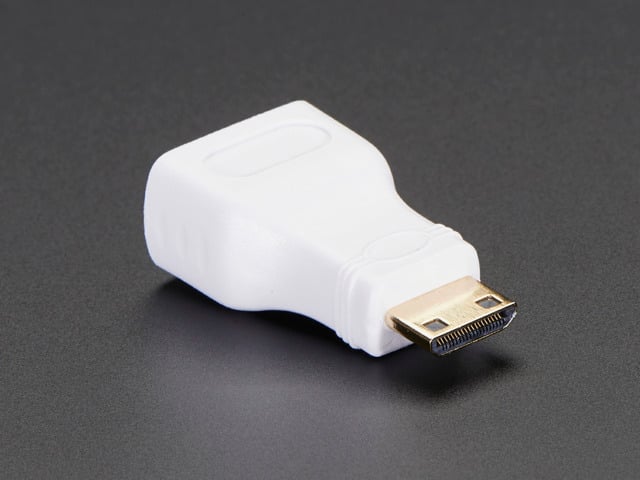 An orrery for lycanthropes
By Phillip Burgess

10
Beginner
Don't lose track of the days between now and your favorite holiday -- Halloween!
By John Park

Avoid SD card corruption when powering off
By Phillip Burgess