Skip to main content
How To Take Great Photos of Your Projects What You'll Need
Feedback? Corrections? 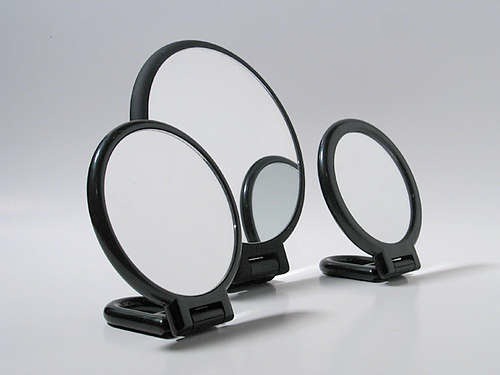 The cyclorama is a separate project, and has it’s own list of ingredients. However you will need the following items to take pictures regardless of whether you build the cyclorama or not.

Camera — A digital point-and-shoot is fine, as long as you can turn the flash off and it has a macro (close-up) mode. An SLR camera is better, but not necessary. A film camera is fine too, if that’s all you have, though shooting on film may cause some color balance problems if you use incandescent lights. I am using a Canon PowerShot G5. The Canon “G” series provides a great deal of control and older models can be had cheap on eBay. Note: the G7 does not support RAW image capture out of the box, but you can use CHDK to enable this functionality (thanks to Moritz for the tip!)

Lights — You need two, and it’s best if they are identical. You can use work lights from the hardware store if you have to, but I recommended investing in “professional” photo lights from a photo supplier (see list at the end of this document). Often these come up pretty cheap on auction sites or at photo flea markets (~$25, as of mid-2010), and they are a good investment if you plan to use them regularly. If you’re going the work light route you should get the ones marked for 300W lamps. These have a heavy-duty cord and ceramic socket. You should not attempt to use the cheaper low-wattage lamps with a higher rated bulb — even if the cord can handle the current, the plastic base probably won’t be able to handle the heat of the bulbs.

Light Bulbs — In photo and theater-lighting speak these are simply called “lamps”. You should get proper photoflood lamps from a photo supplier, rather than using the 300W lamps from the hardware store. Two common types are ECA (250W) and ECT (500W) — both of these burn at a color temperature of 3200 Kelvin, which is the standard color of photographic tungsten lights. Some people like to use daylight-balanced CFL lamps, but there is a tradeoff. The lights don’t generate as much heat, but their color rendition is poor compared to tungsten lamps. For any of the science-minded who may dispute this, I suggest you look at the spectral output of both: CFLs are a pretty much a picket fence, while incandescents are mostly continuous (though admittedly biased toward IR). The high-powered fusion of the sun puts out a mostly continuous spectrum, overlayed with Fraunhofer spikes, and this is what our eyes (and our camera sensors) are designed for. Gaps in the output spectrum of CFLs cause some colors to be rendered unnaturally, so it’s better to use a continuous-spectrum source.

Tripod — You can work without one if you must, but it is strongly recommended that you use one for critical shots. It helps ensure your photos are consistent and without blur. The heavier the tripod, the better — the greater mass helps dampen vibrations.

Physical Space — You need some space to take your photos, as well as a sturdy table on which to set everything up. You also need room around the table to set up your lights and to move around. The cyclorama shown here has a footprint of about 2×2 feet — keep that in mind if you decide to use it.