Skip to main content
How To Take Great Photos of Your Projects Tips for LEDs
Feedback? Corrections? 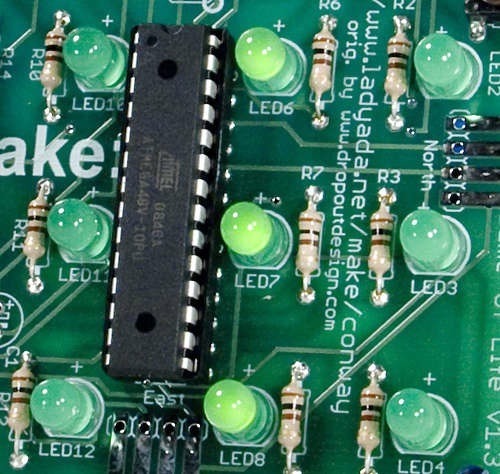 One thing you’ll notice in the pictures above is that the LEDs are rather well balanced with the rest of the picture. One of the advantages of using the lighting method presented here is that there is plenty of illumination available to light up the rest of the PCB and components, allowing them to “match” the brightness of the lit LEDs. There’s an added advantage in the above example because the LEDs on the Game of Life board are diffused, which cuts down on their output a bit. That said, every LED is different — some are diffused, some are clear, and they have different levels of output. If you’re trying to shoot a project and the LEDs are just too bright, there’s a few things you can try: