Skip to main content
How To Take Great Photos of Your Projects Overview
Feedback? Corrections?

This tutorial by John De Cristofaro (johngineer) aims to teach you how to take photos of your hacks and projects for sharing on the web, and perhaps even in print. It focuses on smaller items, less than 6”x6”x6” in size. Bigger projects present their own unique problems that are beyond the scope of this article. However, you can always “scale up” the methods presented here to take pictures of larger subjects, at least to a point. 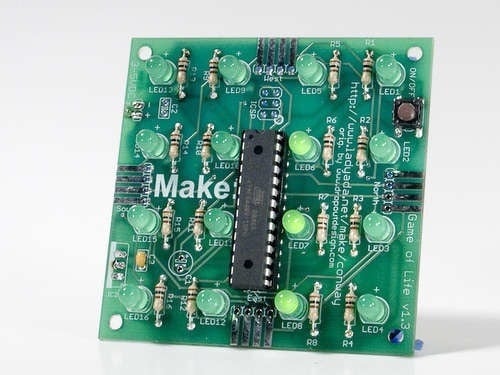 I’ve divided it into two parts: The first part details how to build a small, inexpensive cyclorama (shooting platform) and the second covers setting up the lights and taking the photos. It assumes you are starting with little more than a camera and a subject to take pictures of. I’ve tried to address a number of questions I’ve received from folks regarding things that are unique to photographing electronics. These include how to photograph lit LEDs and how to make the stamped text on IC packages appear clearly in photos without being washed out.

I’m going to introduce two lighting setups. The first one uses two light sources, and the second one uses one light source and reflectors. The two-light setup is simple, and is good for things like documenting your project as you build it, time-lapse assembly stuff, and general documentation. The one-light setup is more complicated, but also more creative, and is useful for taking final project photos. It also cures baldness, makes you more attractive, and builds self-esteem. Awesome!

I will not be discussing shooting tents in this article. These are already well-documented and ubiquitous all over the web, and in my opinion they don’t teach you a great deal about creative lighting. That isn’t to say they aren’t useful, or produce bad results. They have their place, and for many things they do work amazingly well. That said, the main goal of this article to provide the reader with a basic photo skillset, and I think a shooting tent just hands you the solution instead of teaching you how to solve the problem.

Ok, now that that we’ve gotten the philosophical stuff out of the way, let’s get to work!