It's not a real electronics project without some blinky LEDs! Let's add some LEDs for the pumpkins eyes and mouth. 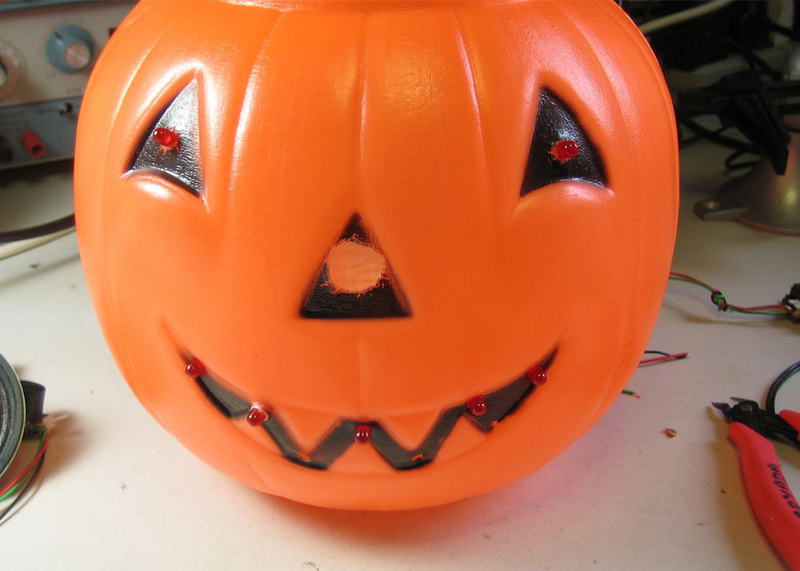 Punch 5mm (or 10mm, depending on what size LEDs you're using) holes in the eyes and mouth. In this case I'm using 2 for the eyes and 5 for the mouth.

Next heat up a hot glue gun and secure the LEDs so they don't slip out. In general I don't suggest hot glue for -anything- but in this case it's OK. 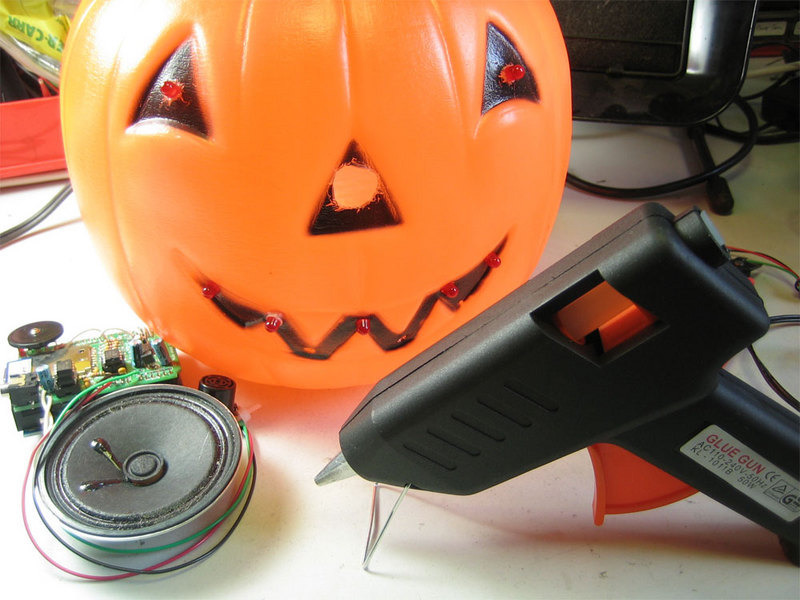 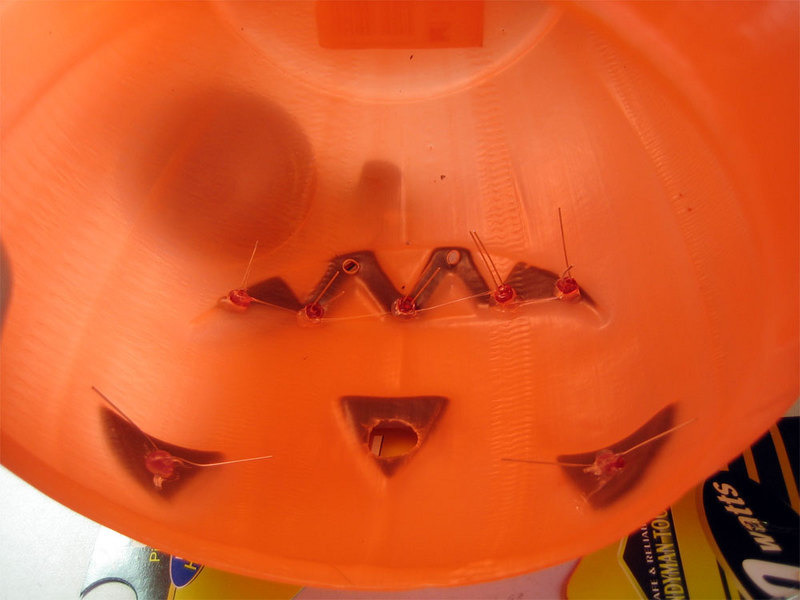 Next it's time to wire up the LEDs. I'm going to control the eye LEDs at once and divide the mouth into three symmetric sections so that I can do some simple animations with the mouth. Since red LEDs have a voltage of about 2 volts and the Arduino runs at 5V, I can stack two at a time to simplify wiring:

The LEDs are controlled from the analog in pin that aren't used - don't forget that they can also be used as digital input or outputs! The 2 eyes are connected to analog pin #4, the two outer mouth LEDs to analog #5, the middle-outer mouth LEDs to #2 and the one remaining LED from the center goes to analog #3. (It doesn't particularly matter which pins go to which LEDs, just that this ended up being what I did)

I used some leftover ribbon cable to do the wiring. Watch that you don't burn your fingers or the pumpkin! 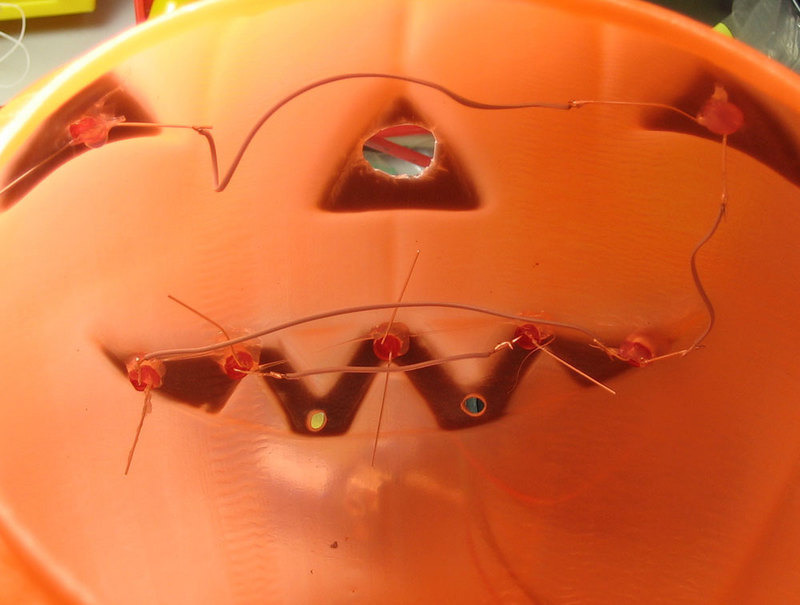 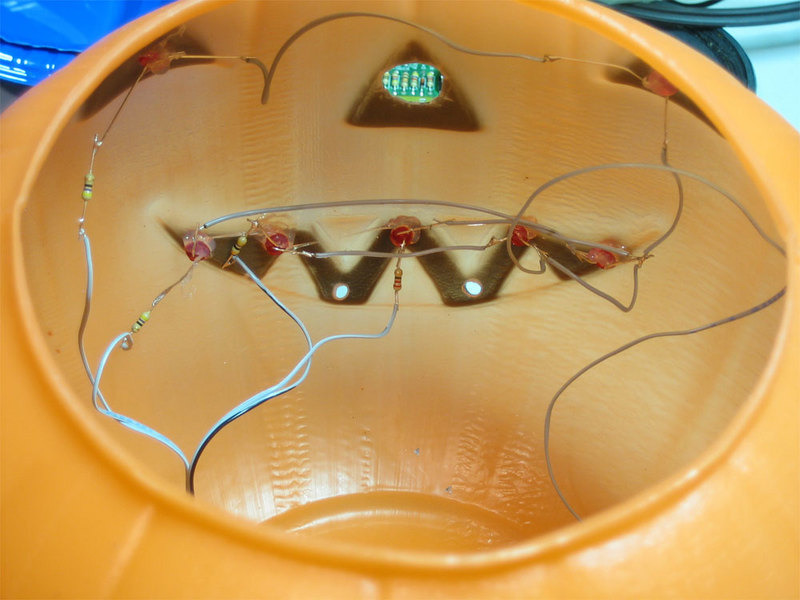 If you have a handy 5v power supply kicking around, you can test the LEDs - I used my benchtop supply. 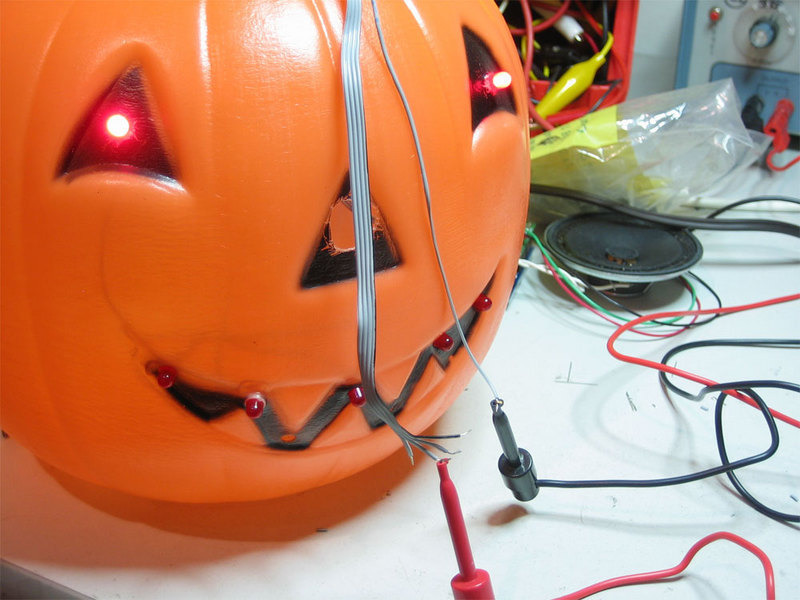 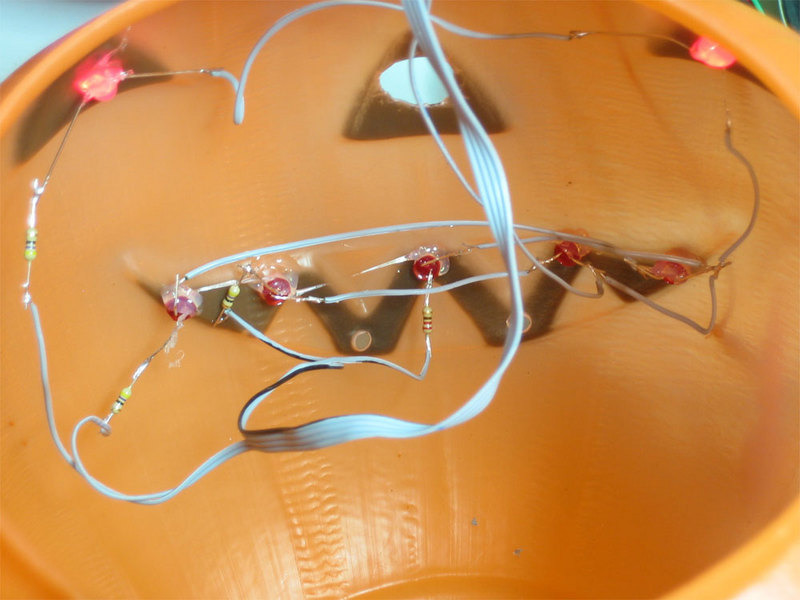 Step 2: Choose and connect sensor Step 4: Wiring up the lights 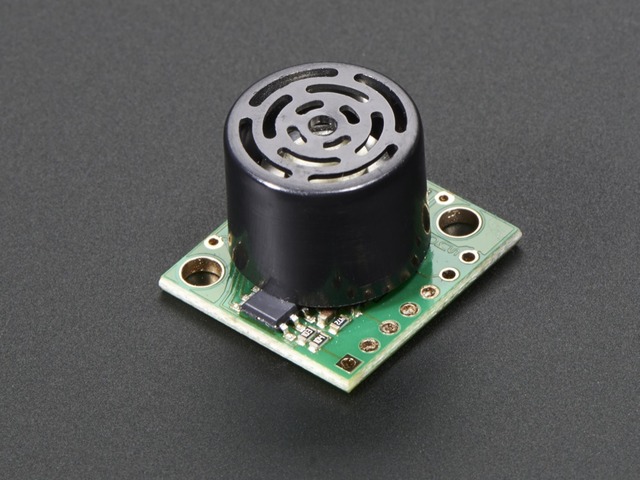 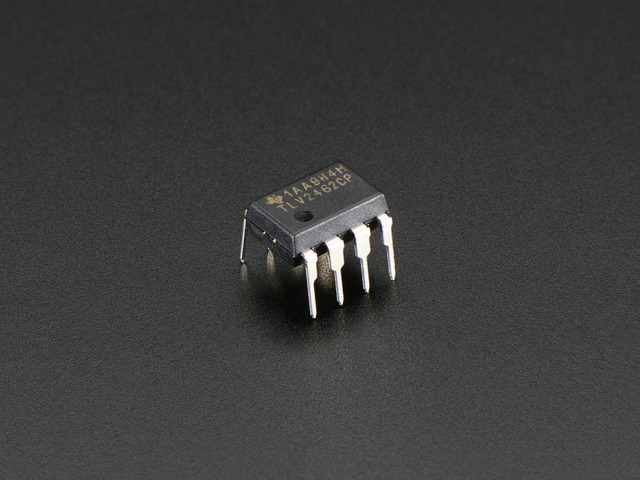